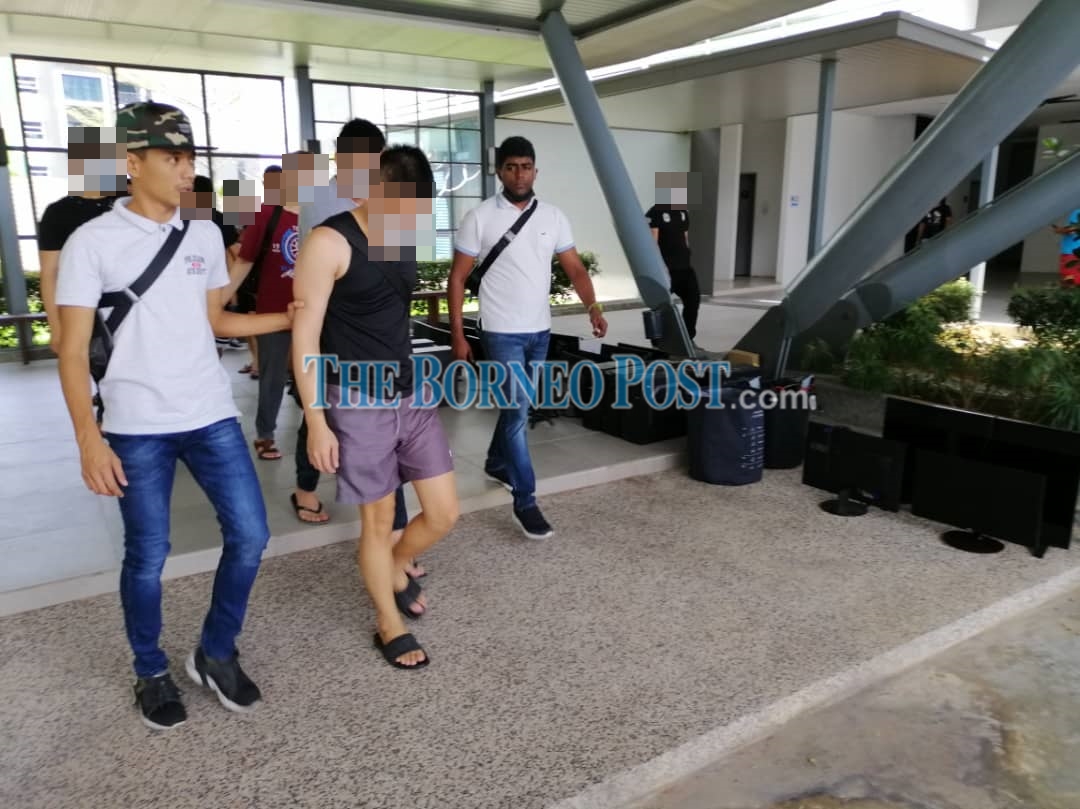 Suspects were apprehended for further investigations.

Sarawak Criminal Investigation Department (CID) chief SAC Denis Leong said the raid was conducted at around 9am,based on the surveillance and information received.

He said 11 men aged between 19 and 38 years were apprehended during the raid.

“The suspects consist of five locals and six Indonesians, and we believe that these premises have been operating for a year with an intake of RM50,000 a day,”Leong said when met by reporters here today.

Leong said 15 computers that were believed to have been used for online gambling were also seized during the raid.

Meanwhile, Leong revealed that the police have conducted four raids involving online gambling centres in the state from Jan 1 until today.

He added that the gambling activity targets high-end residential areas with security systems to be used as online gambling centres.

As such, he called for the cooperation from the public to report any suspicious activity in their respective areas to the police.