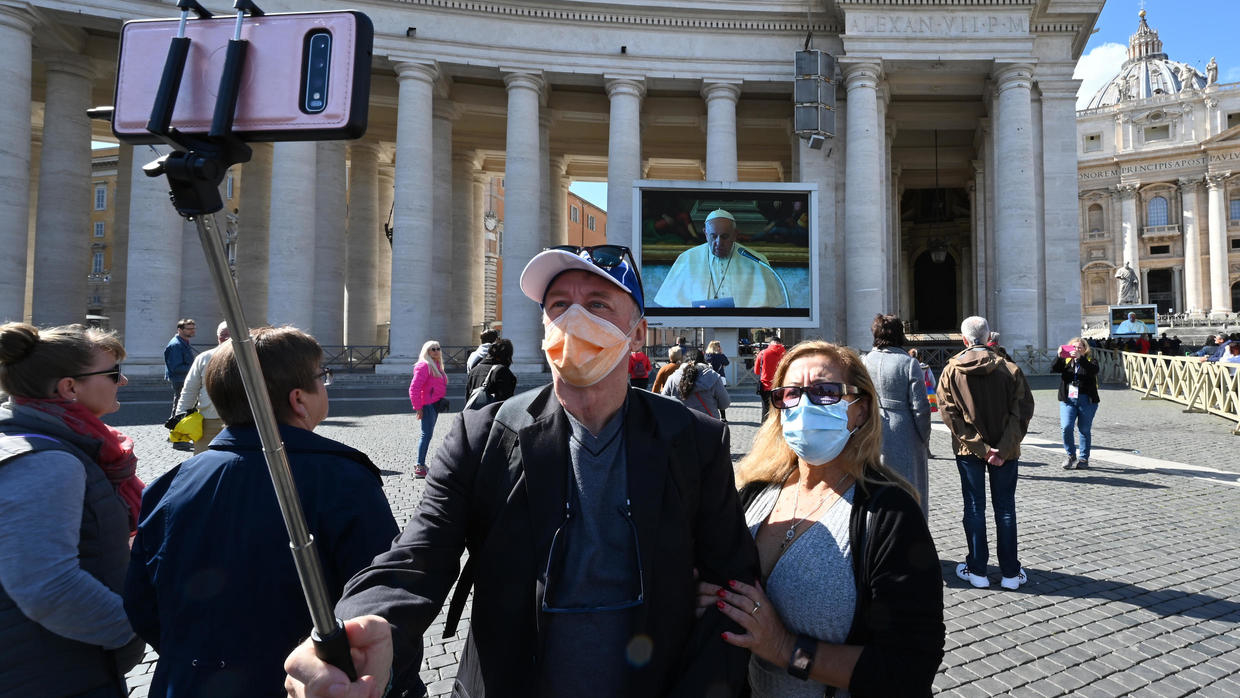 The Argentine-born pope has been out with a cold for more than a week, cancelling many of his public appearances. AFP Photo

Pope Francis, who complained of feeling “caged” while addressing the faithful by livestream because of the new coronavirus, received 30 French bishops on Monday — at a healthy distance.

Pictures released by the Vatican showed the bishops seated in armchairs spaced a metre (three feet) apart, in keeping with government regulations aimed at fighting an illness that has killed 366 people in Italy in just over two weeks.

All were kept a good distance away from the 83-year-old pontiff, who address the 30 bishops, a prelate from Peru and two foreign ambassadors to the Holy See by microphone.

But everyone still shook hands, a participant said.

“After 2:40 non-stop with Pope Francis, I can assure you that he is in great shape,” Francois Jacolin, the bishop of Lucon, tweeted.

The Argentine-born pope has been out with a cold for more than a week, cancelling many of his public appearances.

On Sunday, obeying instruction from the Italian government, the pope delivered his traditional Angelus Prayer and message to the world’s 1.3 billion Catholics by livestream instead of from his window facing Saint Peter’s Square.

The measure was designed to keep the crowds down and the risk of contagion low.

But the pope still took a peek out the window and waved after he was done, drawing a cheer from a few faithful who had still turned out to watch the pope’s appearance on a giant screen.

“It is a little strange, this Angelus Prayer today, with a pope in a cage in a library,” Pope Francis remarked Sunday.

The Argentine-born pope — famous for his geniality and gregarious style — is to sit down and record another livestream on Wednesday, replacing his weekly “general audience” appearance on Saint Peter’s Square. – AFP