Tuesday, September 28
You are at:Home»News»Nation»PN cabinet serves all, says Muhyiddin 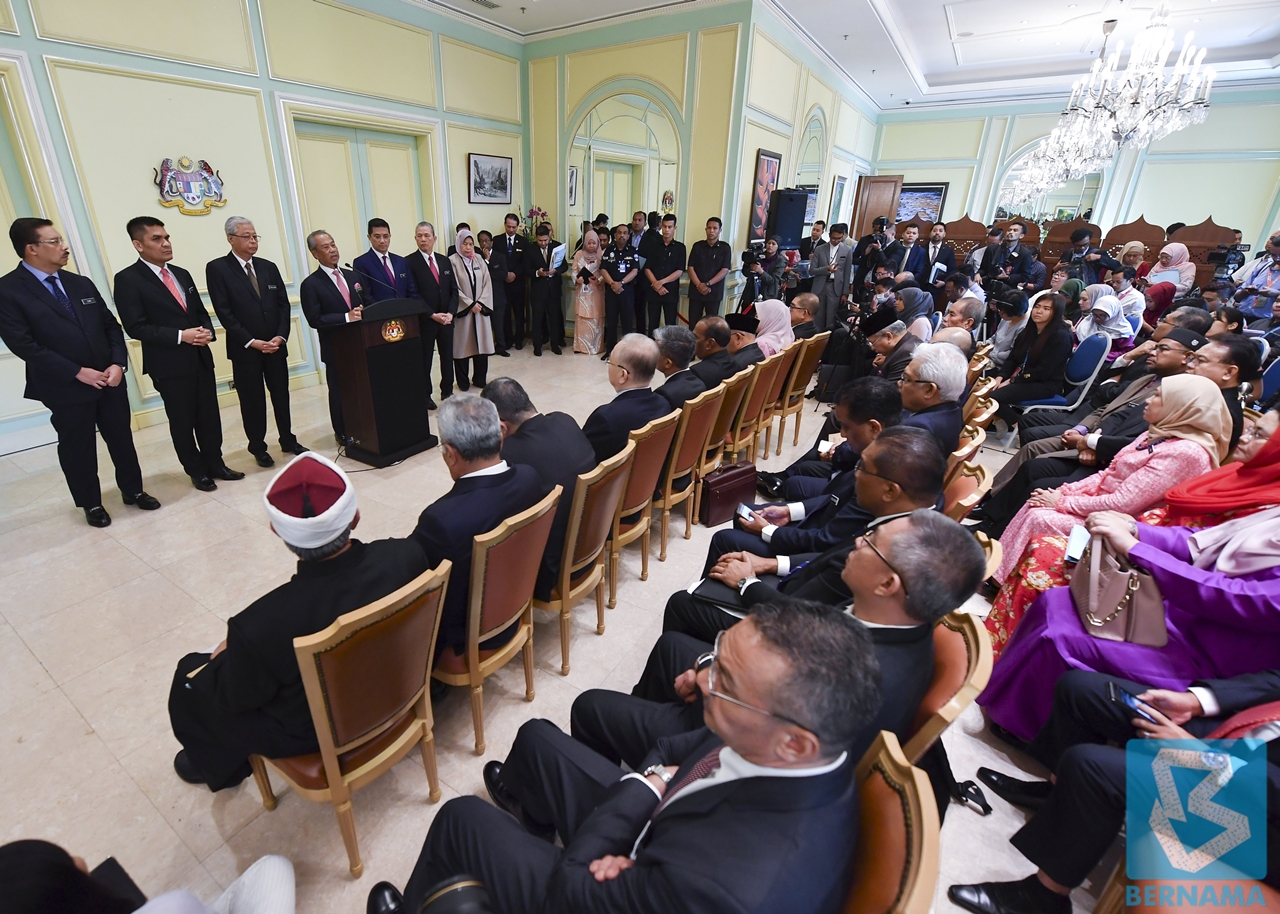 PUTRAJAYA: The cabinet formed by Perikatan Nasional (PN) is functional and one that delivers and represents all Malaysians, said Prime Minister Tan Sri Muhyiddin Yassin.

He said the government, which was formed under an extraordinary circumstance, was committed to working with high integrity including combating corruption and declaring assets at the Cabinet-level.

Muhyiddin said the new government would offer new deals that bring more benefits to the people.

“People and foreign investors want to know the PN government policies. As we do not have a manifesto, we decided that each ministry and department come up with proposals on priority issues.

“It’s definitely doable and brings immediate benefits to certain groups. Once completed, we will announce our plans on what we want to do to the people,” he said.

He said this in a news conference after chairing the first Cabinet meeting at Perdana Putra here today. All ministers attended the meeting.

Muhyiddin said the government would be fair to the people in providing assistance irrespective of their background so that no group or party would be left behind.

“We want the people to know that we are ready to serve them. We see ourselves as the servants of the people, helping one another. This is the government for all,” he said.

Muhyiddin also asserted that the Cabinet members were committed to addressing people’s immediate problems, particularly during the challenging period as the country faces economic impacts in the wake of the recent oil price drop and Covid-19 outbreak.

Meanwhile, Muhyiddin said the PN government placed integrity at the highest level which, among others, would see all ministers declare their assets in a month time from today.

He said the declaration forms would be distributed and returned to the Malaysian Anti-Corruption Commission (MACC) as practised by the previous administration.

With regards to Sabah and Sarawak, Muhyiddin said the Cabinet agreed that a meeting to be held with Datuk Seri Maximus Johnity Ongkili who is Minister in the Prime Minister’s Department in charge of the two states affairs to discuss issues relating to the Malaysia Agreement 1963 (MA63).

“The meeting will discuss the MA63 and possible amendments to the Federal Constitution to meet the needs and wishes of the Sabahans and Sarawakians as provided under the agreement,” he said.

Meanwhile, when asked if the Cabinet members would take a pay cut, Muhyiddin said: “I will take that challenge for my salary to be cut, maybe five or 10 per cent. We didn’t discuss that today.

“But, most of us here believe that we can contribute where we can. I hope we can save some millions (of ringgit). We can do that.” – Bernama