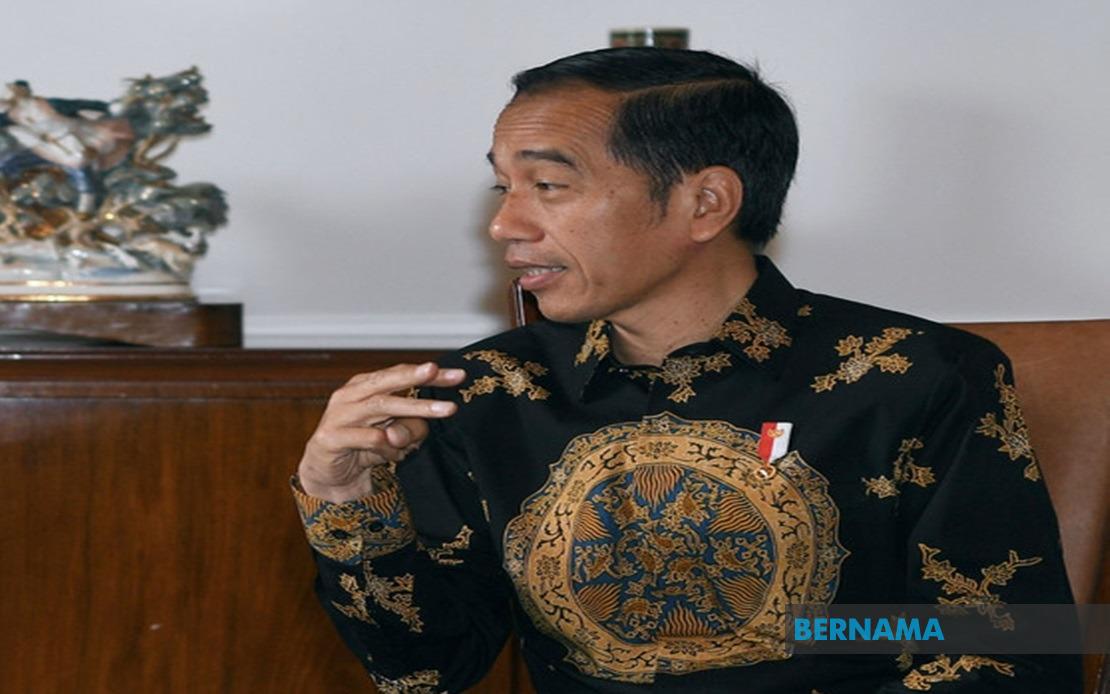 Jokowi said he now had also improved the quality of his jamu drink and took it at least three times a day. Bernama Photo

JAKARTA: Indonesian President Joko Widodo (Jokowi) said he has been drinking jamu each day since the COVID-19 outbreak because he believed it can boost the immune system to ward off the coronavirus.

In fact, guests who pay courtesy calls on him are no longer served tea, instead, jamu which is a mixture of herbs that include serai (lemon grass), kunyit (tumeric)  and halia (ginger).

“Now to my guests whether in the morning, afternoon or night, I give this drink. Not tea, I replace it with temulawak (a type of ginger), jahe (ginger), (serai), kunyit, which are mixed to make the jamu drink,” the local media quoted him as saying at the Presidential Palace.

“Even before this I drank jamu, only in the morning. But now because there is this corona (COVID-19),  I drink it in the morning, at midday and at night,” he said.

In the wake of the Covid-19 outbreak, which has now been declared a global pandemic by the World Health Organisation, the Indonesian media has been running articles quoting Indonesian medical experts that there is scientific proof that use of jamu can boost one’s immune system to ward off  COVID-19.

Jamu is a traditional medicine from Indonesia. It is predominantly a herbal medicine made from natural materials, such as roots, bark, flowers, seeds, leaves and fruits. Materials acquired from animals, such as honey, royal jelly, milk and ayam kampung eggs are also often used (Source: Wikipedia).

On March 2, Indonesia, which has a population of more than 270 million people, was also listed as a country with the COVID-19 problem. It has recorded one fatality so far due to COVID -19. – Bernama