Wednesday, May 27
You are at:Home»News»Larry Sng appointed PKR Sarawak chairman 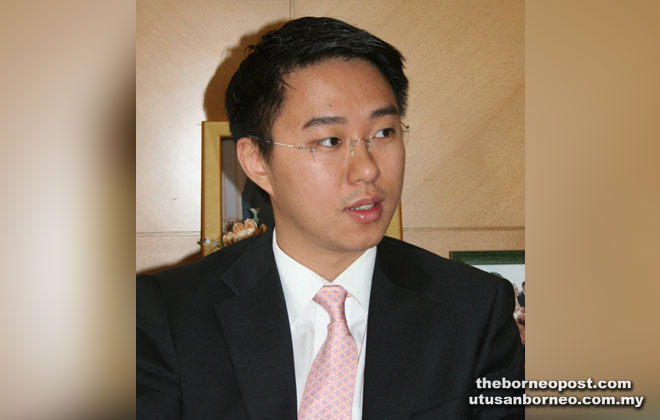 Larry, 41, had joined PKR shortly after winning the Julau parliamentary seat on independent ticket in the 2018 general election.

Party veteran Dato Sri Hafsah Harun, on the other hand, is retained as PKR Sarawak advisor.

According to Saifuddin, the complete list of office bearers will be announced by the PKR Sarawak MPN in due time.

He explained Jugah’s appointment as vice president was to represent Sabah and Sarawak in the national leadership council.

Jugah takes up the post which was vacated by Saratok MP Ali Biju who had also quit PKR.

Baru, Ali and Puncak Borneo MP Willie Mongin (previously PKR Sarawak vice chairman) were three MPs from PKR who left the party on Feb 24 during the recent political crisis which rocked the country.

Baru, however, had chosen to remain an independent MP after giving his support for Tun Dr Mahathir Mohamad as prime minister at the last minute, while Ali and Willie had continued to support Muhyiddin and were appointed as deputy ministers when the new cabinet was formed.

Ali and Willie also reportedly had joined Parti Pribumi Bersatu Malaysia (Bersatu) together with Azmin and the rest in the group.

Larry, in his immediate comments following news of his appointment, said he looked forward to working closely with all party division leaders to rebuild PKR and to win decisively in the coming 12th State Election.

In his Facebook post, he said the defection of senior leaders namely Baru, Ali and Willie had resulted in a power vacuum at the top leadership at a critical juncture when the PH coalition is negotiating seats.

“I hope to leverage on my experience and good relations with DAP and Parti Amanah Negara to strengthen Pakatan Harapan.

“We need to work together and not independent of one another, in order to instil confidence in the coalition and to strengthen Datuk Seri Anwar Ibrahim’s claim to be the next Prime Minister of Malaysia,” he said in his latest Facebook post.

He disclosed that all the division chiefs had gathered together at the invitation of Anwar to elect the new PKR Sarawak chairman on March 8, and those in the running for the post were himself, Dr Teo and Abang Zulkifli.

“After winning by receiving the highest vote, I discussed the new MPN line up with the President to make it inclusive and diverse, bringing together Dr Teo and Abang Zul into the top leadership and the appointment of other key senior leaders.

“These appointments are valid till the next party elections which are due in 2021/2022,” added Larry, who is also PKR Julau division chief.

He also congratulated Jugah who was appointed as PKR vice president, which he considered a position more senior than MPN Chairman and he believed Jugah’s role will be key in giving Dayak representation in the national leadership.

Like Larry, Jugah joined PKR shortly after winning the Lubok Antu parliamentary seat as independent in 2018.

Vernon, who said he was still a PKR member, said his resignation from the secretary post was to give the new PKR Sarawak leadership line up the freedom to form its own team.