Saturday, July 11
You are at:Home»News»Victory for Sarawak as Court dismisses Petronas application for judicial review on SST (Video) 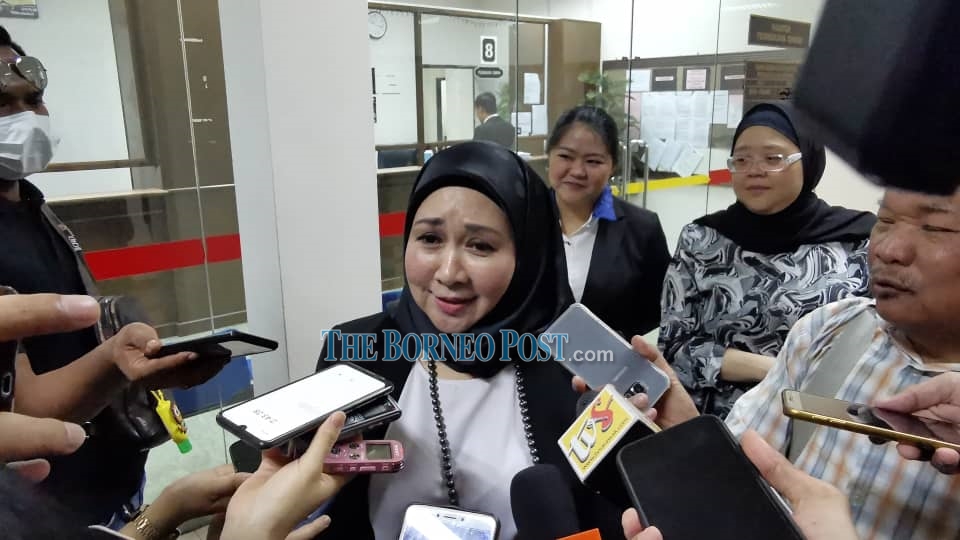 Sharifah speaks to reporters after the proceedings.

KUCHING: The High Court here today dismissed Petroliam Nasional Berhad’s (Petronas) judicial review application against the imposition of the State Sales Tax (SST) by the Sarawak government via its Comptroller of the SST.

When met after the court proceeding, State Minister of Law, State-Federal Relations and Project Monitoring Datuk Sharifah Hasidah Sayeed Aman Ghazali said the court decision showed that the State government has the right to make the law on SST and impose it.

Judge Azahahari Kamal Ramli in his written order said the state government has the right under the law, particularly the State Sales Tax Ordinance, to impose such tax and that Petronas has no merit in its application for declaratory relief. The court then awarded cost of RM50,000 to the State government.

“Upon considering the submission (of the State) it is my finding that the power of the State to make law for imposing of sale tax derives from Article 95B(3) (of the Federal Constitution),” Azahahari said.

“This article [95B (3)] was added to the Federal Constitution upon the recommendation of the Inter Governmental Committee (IGC) prior to the formation of Malaysia that: ‘…each Borneo State shall have the power to impose sale tax that any discriminatory rates would not be imposed on goods of the same type but of different origin.’ ”

Sharifah Hasidah said the Petronas judicial review application was dismissed with cost to be paid to the State government.

She said by implication of the dismissal Petronas is a taxable person.

“The state government has the right under the law to impose the tax. We can also impose tax by virtue of the provisions in the Malaysia Agreement 1963 and recommendations by the Inter-governmental Committee Report. Nobody can take away that right,” she told the reporters.

She added that the court decision was historic and it would have a bearing on the separate state civil suit against Petronas to recover the SST.

The civil suit is being heard in another High Court before Judicial Commissioner Christopher Chin. Chin fixed April 15 2020 for the delivery of summary judgement of the civil suit.

State legal counsel Dato Sri JC Fong,who represented the state government this morning, said he hoped Petronas would not appeal against the decision.

He told reporters that Petronas and state oil corporation Petros should now move on and fight the challenges in the oil and gas industry, including the global oil price slump.

Petronas lawyer Datuk Malik Imtiaz Sarwar said he has to wait for his client’s instruction if they wish to file an appeal.

Malik is assisted by lawyer Alvin Chong for Petronas.

Prior to the court decision on the judicial review application today, Petronas had aimed to quash the notices of assessment dated Aug 28, 2019, Oct 7, 2019, and Nov 13, 2019 of the Comptroller of the SST to pay up RM1.3 billion in SST.

The national oil corporation also sought  a court declaration that certain sections of the SST Ordinance were ultra vires to the Federal Constitution and therefore null and void.