Friday, July 30
You are at:Home»Business»BizHive»Highlighting the best performing e-commerce companies in Malaysia 2019

It is well known that the e-commerce market plays a huge role in contributing to Malaysia’s internet economy. According to Google and Temasek, the Southeast Asian Internet economy Gross Merchandise Value (GMV) rose to US$100 billion in 2019, an increase of US$68 billion within five years.

Active users of e-commerce were increasing, it initially has only 49 million users in 2015. Today, the number has tripled to 150 million people.

To understand the progress and achievement of e-commerce players throughout Southeast Asia region in 2019, iPrice in collaboration with AppAnnie, released a Year-End Report on Southeast Asia’s Map of E-commerce 2019. Here are some interesting key findings we found specifically for Malaysia:

Shopee has successfully taken the top position for 2019 as the most visited website in Malaysia, recording an average of 27.7 million visits per month. In tight competition, Lazada remained outstanding in its performance with an average of 18.5 million visitors per month. In the category of mobile applications, Lazada has been going strong in 2019 securing the top position consecutively for four quarters with as the most used application. 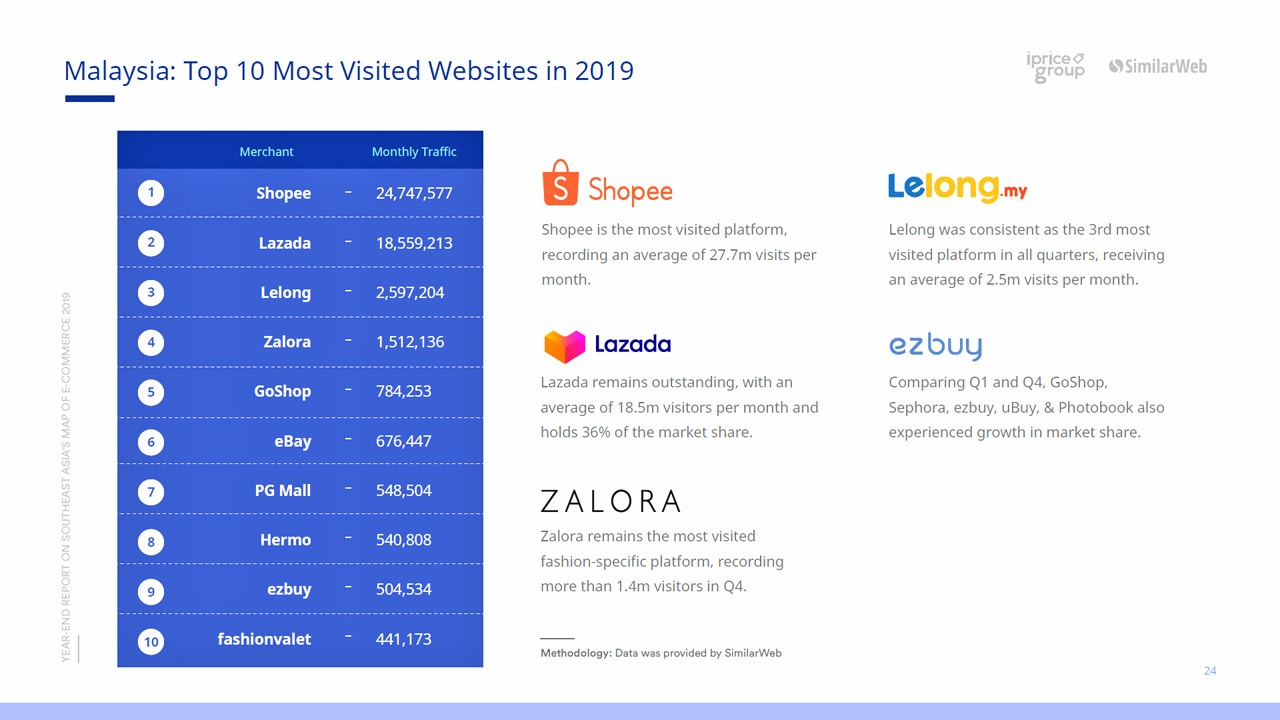 Although most e-commerce competitors originate outside Malaysia, it does not hold the homegrown ones to be in the top 10 list. Four out of 10 e-commerce websites with most visits were found to be Malaysia homegrown e-commerce which are Lelong, GoShop, PGMall and Hermo.

Lelong, consistently maintained its position as the 3rd most visited website in all quarters, receiving an average of 2.5 million visits per month. Besides, GoShop, the Astro backed e-commerce platform managed to position themselves in the top five position.

PG Mall experienced growth in market share by 422 per cent positioning them the seventh most visited e-commerce platform in Malaysia. Lastly, Hermo, remains the most visited beauty-specific platform, ranking eigth with most visited websites category. 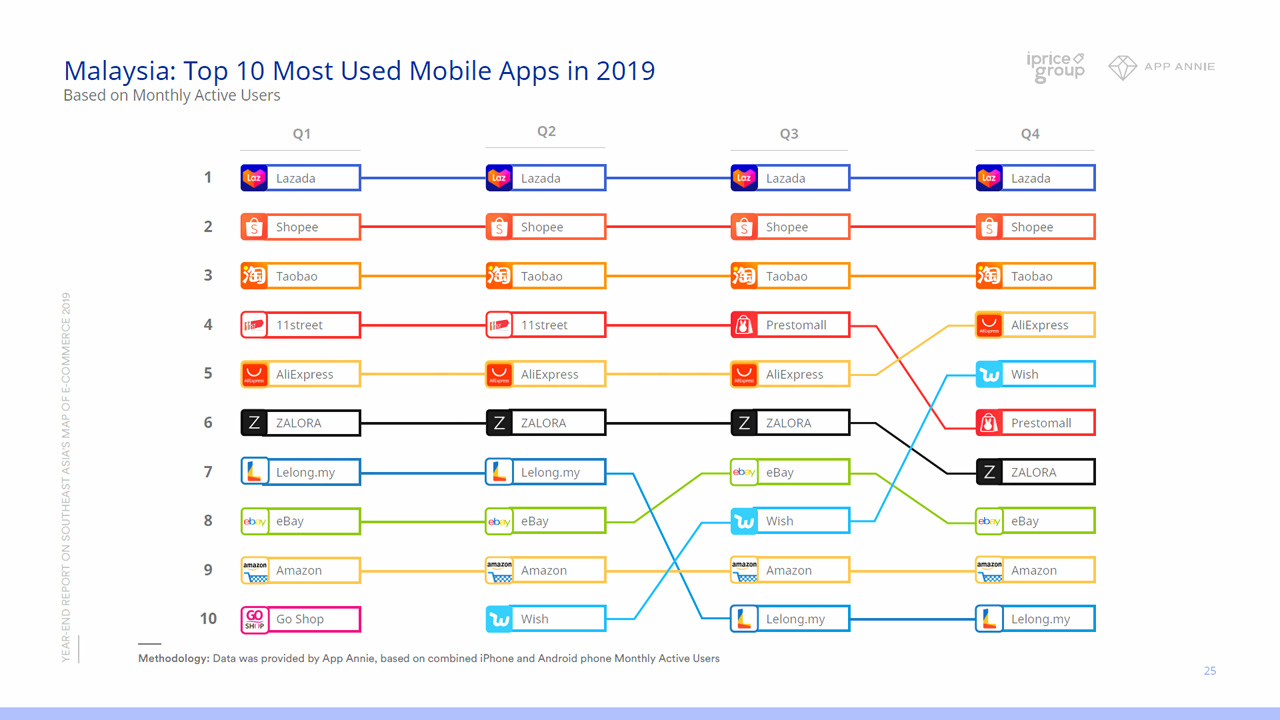 Data reveals that Malaysia and other countries in Southeast Asia had an increase of consumer spending an average of 56 per cent during online sales period. Spending about RM199 on Singles Day (November 11, 2019) and RM187 on 12.12 Sale (December 12, 2019).

This shows a very high spending trend as averagely, Malaysians spend RM114 on ordinary days according to Year-end report on Southeast Asia’s Map of E-commerce. Moreover, categories like electronics, home and living and fashion were the most popular during the online sales periods.

American-based platforms such as Wish, eBay, and Amazon remain popular amongst Malaysians as its applications are highly used in 2019. Wish made its way into the top 10 from the second quarterv of 2019 onwards and secured its place as the fifth most used mobile apps.

This was followed by eBay and Amazon at eigth and ninth place respectively as the most used mobile applications in 2019.

Also, China-based platforms continue to play a significant role in Malaysia. TaoBao, one of the reputable e-commerce platforms by Alibaba Group has steadily ranked third most used app in 2019. Moreover, AliExpress also ranked as the fourth most used shopping apps in Malaysia.