Monday, September 27
You are at:Home»World»Italians take to singing at windows to beat virus blues 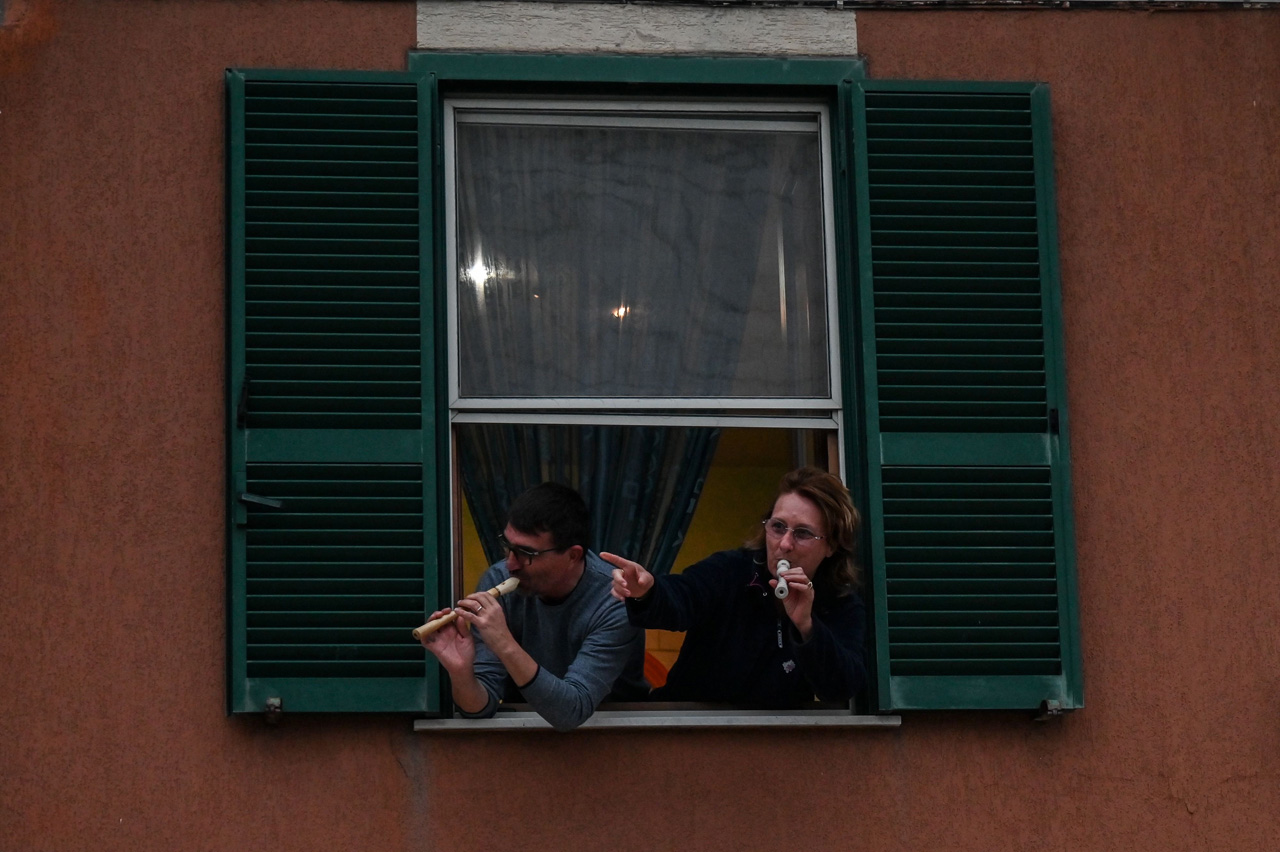 People play the Italian national anthem with music instruments from the window of their house during a music flash mob called ‘Look out from the window, Rome mine !’ (Affacciati alla Finestra, Roma Mia !) aimed at liven up the city’s silence during the new coronavirus lockdown, in Rome.

ROME: Italians are beating the social isolation imposed by the country’s coronavirus lockdown by taking to their windows and singing in unison, with videos of the phenomenon racking up thousands of views online.

Since Monday a series of decrees from the Italian government have drastically limited citizens’ movements, with vast swathes of the economy shut down and people instructed to leave the house only when strictly necessary.

All cultural events have also been suspended, prompting some celebrities to start organising online performances and museums to put virtual tours online.

Another attempt to boost morale has now come in the form of impromptu music at people’s windows.

One recording in the Tuscan city of Siena has been viewed over 600,000 times on Twitter.

In it, residents sing the traditional ‘Canto della Verbena’ about the city from their windows, including a rousing verse with the words ‘long live our Siena!’.

Italian singer Andrea Sannino posted a compilation on his Instagram feed of people singing his song Abbracciame ‘Embrace Me’ at their windows in the southern city of Naples, his hometown. 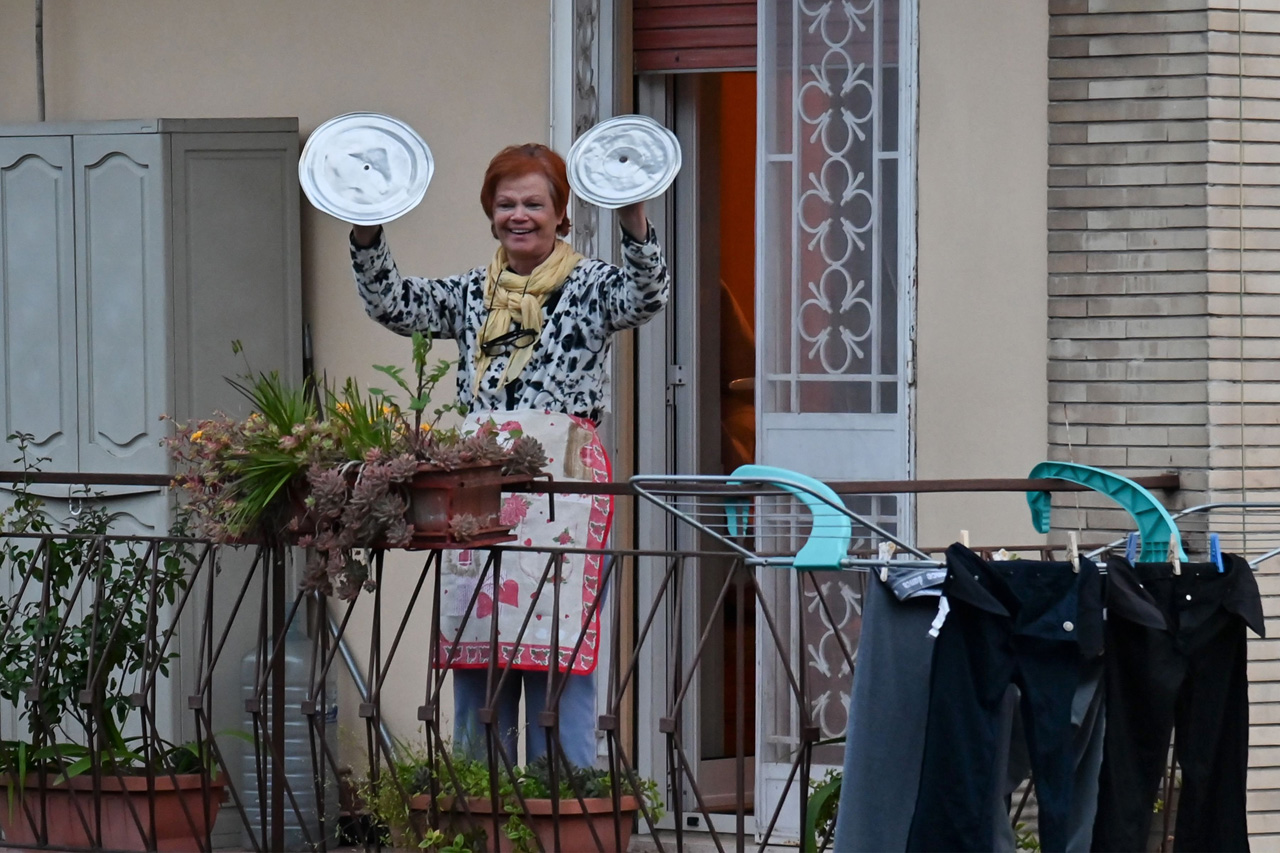 A resident uses pot lids to play cymbals as she takes part in a music flash mob called ‘Look out from the window, Rome mine !’ (Affacciati alla Finestra, Roma Mia !) aimed at liven up the city’s silence during the new coronavirus lockdown, from her balcony in Rome. — AFP photos

“A day I will tell my children and grandchildren about,” the singer wrote, adding: “Thank you for making me cry floods of tears!”

In another video purportedly of an apartment building in the northern city of Turin, residents can be seen on their balconies trying to perform the Macarena, a Spanish dance song, in unison.

On Friday evening in several districts of Rome, music and singing could be heard coming from people’s windows, including renditions of the national anthem.

A message circulating on WhatsApp had encouraged people to sing specific songs on certain days, including the anthem on Friday.

Another tune heard on Friday night was Grazie Roma, a popular song from the 1990s, which includes the words: ‘Tell me what it is which makes us feel like we’re together, even when we’re apart.’

Another social media initiative has seen Italians put up signs outside their homes saying ‘andra tutto bene’ or ‘everything will be OK’.

The slogan is accompanied by a picture of a rainbow – often drawn by children at home as school is cancelled.

Italy has been struck by the worst European outbreak of the novel coronavirus pandemic, with more than 17,000 cases and 1,266 deaths. — AFP