Tuesday, April 20
You are at:Home»News»‘Agriculture helping to boost income in Bekenu’ 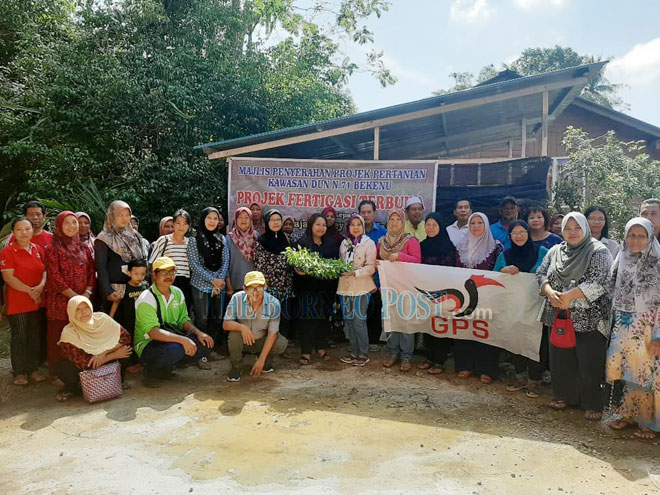 Rosey (front, seventh right) is shown a plant grown by fertigation, as programme participants look on.

MIRI: Nearly RM1 million worth of agricultural projects have been channelled through the state Agriculture Department last year to benefit residents of longhouses and villages in Bekenu constituency.

“It’s the GPS (Gabungan Parti Sarawak) government’s initiative to further boost the family income of people living in rural areas especially in longhouses and villages,” she said after handing over an agriculture project at Kampung Kelulit in Bekenu yesterday.

“Seventeen participated in the herbs projects, which were worth RM85,000 while 12 others took part in kelulut projects worth RM81,000.

“Two participated in pineapple-planting project worth RM2,700 while 2,364 participants planted musang king durians in projects worth RM328,300,” she said.

She hoped more projects will be lined up by the agriculture department and other related agencies to help create more rural entrepreneurs in agriculture or agrotourism.

Bekenu has vast fertile land suitable for farming and animal husbandry for northern Sarawak to become an agricultural hub, she pointed out.