Monday, August 15
You are at:Home»News»Nation»Four killed, one missing in Pengerang fire 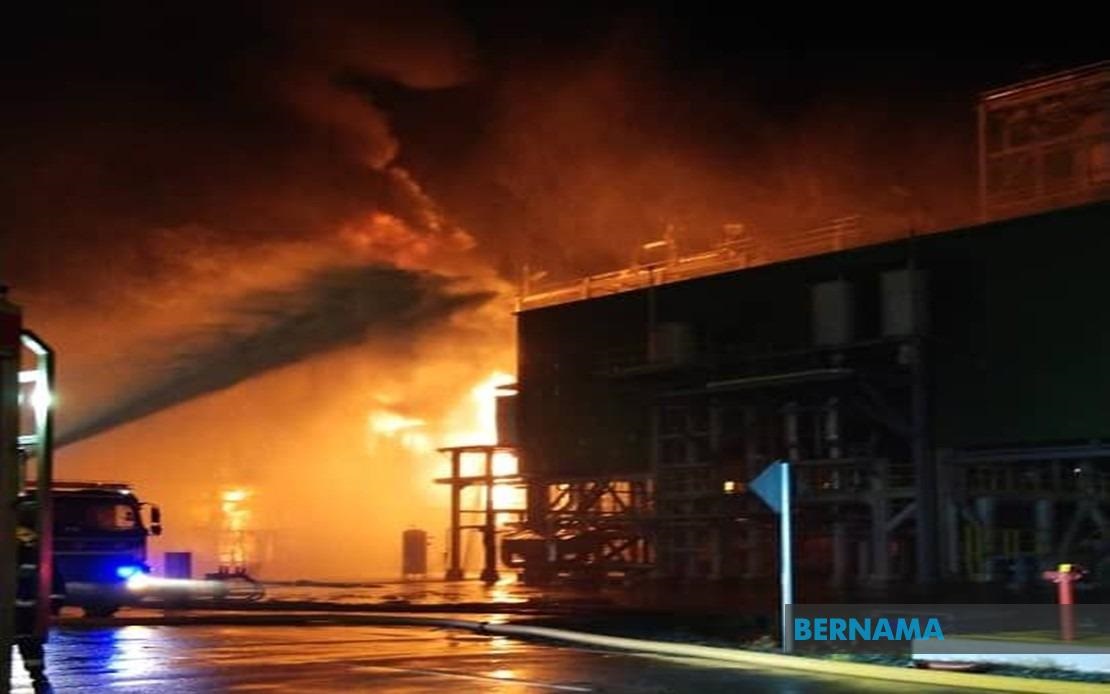 Four people were killed while one is still missing in the fire at the diesel hydrotreater unit in Pengerang near Kota Tinggi last night. – Bernama photo

JOHOR BAHRU: Four people were killed while one is still missing in the fire at the diesel hydrotreater unit in Pengerang near Kota Tinggi last night.

According to state Fire and Rescue Department operations commander Pauzan Ahmad, one person is safe while another sustained 70 per cent burns in the fire which occurred at about 10.50 p.m.

“Seven victims were involved, one victim who managed to escape is known as Mohd Saiful Amat, while another who was hurt was Arnado Alexander,” he said in a statement here today.

The victims who were killed and missing are Fadhi Akmal Fadzil, Azarul Ashraf Nor Akmal, Norfazly Md Nor, Che Huzaidy Che Harun and Hadi Syafiq Jamil.

As of 11.15 a.m. today, the operations involved 33 members of the Fire Department and nine trucks, aided by 37 members of the Pengerang Central Emergency & Fire Services (CEFS) and eight trucks.

Pauzan said the Johor state operations centre received an emergency call about the fire at the diesel hydrotreater unit at 11.18 p.m.

“Upon arriving at the location, the team found that an explosion and fire occurred at the plant diesel hydrotreater unit which uses hydrogen to remove sulphur waste from raw diesel,” he said, adding that the search-and-rescue operations is being conducted by a team of 12.

He added that efforts were still being conducted to put out the fire while the cause of the fire is still being investigated.  – Bernama