Wednesday, March 3
You are at:Home»News»Sabah»Release of Sabah movie postponed 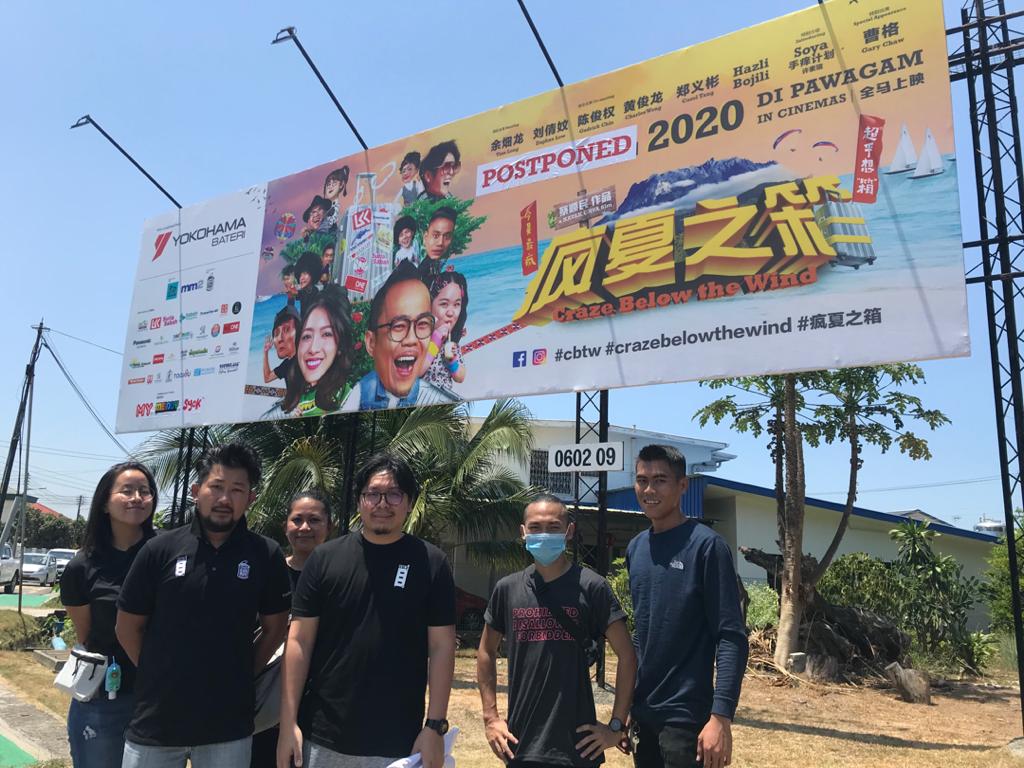 Pang (second from left), director Katak Chua and crew posing with the billboard promoting the ‘Craze Below The Wind’.

KOTA KINABALU: The national release of upcoming Sabah movie ‘Craze Below The Wind’ has been postponed, its producer Chester Pang said.

Pang said the release was scheduled to be on April 16 but with the increasing number of Covid-19 cases in Malaysia, they decided to reschedule the release.

Presented by MM2 Entertainment and Froggy Planet Sdn Bhd, and produced by CanBah Production, ‘Craze Below The Wind’ is a Sabah-made adventure comedy.

Pang said that the decision was made after a discussion with investors and partners of the film.

“It was tough to call for a stop to all ongoing marketing plans and campaigns as trailers and posters have already been released, but ultimately, it is a right decision to make,” he said.

He also urged all Malaysians to do their part in protecting themselves and their love ones as well as to be responsible to society.

“This is a tough time, but as long as everyone stands together and fights this, we will survive,” he opined.

Craze Below The Wind tells a story of protagonist Ah Long, who is being forced into smuggling in order to save his troublemaking sister.

During the midst of smuggling, Ah Long accidentally cuffs the luggage onto the main actress Aisha’s wrist. With both the criminals and police on their back, the two had no choice but to work together in order to get out of this mess.