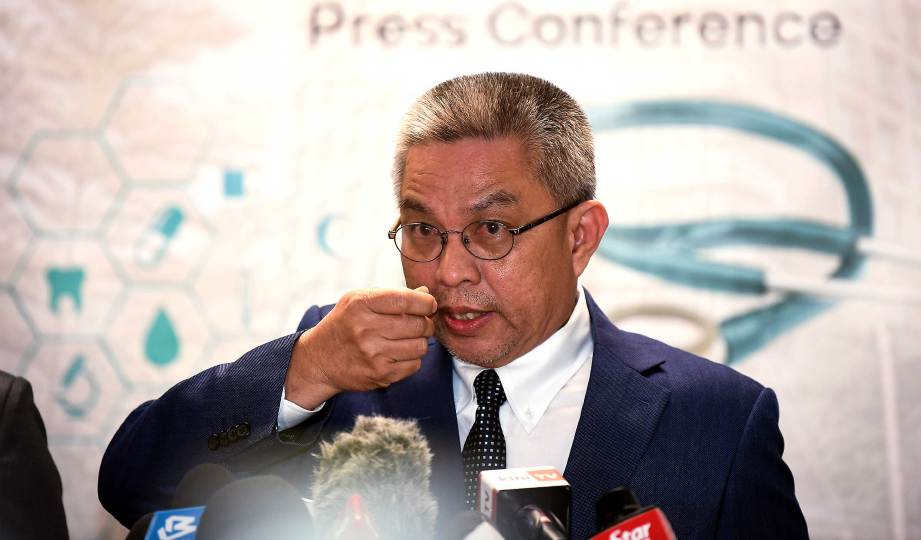 He said 63 of the 110 new cases were linked to the Sri Petaling mosque Tabligh religious gathering cluster recently.

“To date, a total of 20 Covid-19 cases are being treated at the intensive care unit (ICU) with  respiratory aid needed,” he said at the Covid-19 daily media briefing at Ministry of Health here today.

He said 15 more patients had recovered and were discharged today, raising the number of full recoveries to 75 so far.

Dr Adham said better awareness on social distancing had contributed to a flattening trend in the spread of COVID-19 in the past few days.

He said the adoption of better personal hygiene and adherence to directives issued by the Health Ministry had led to a situation where the increase in new cases the past few days was not as sharp as during the early stage of the outbreak.

“We cannot say yet that this trend is due to the implementation of the Movement Control Oder (MCO) but it is due more to (better) community awareness, especially on social distancing directive,” he added.

“We hope the implementation of the MCO can break the chain of infection and stop the spread of COVID-19,” he said.

The number of new positive cases the past few days has seen a downward trend with 125 on Monday, 120 on Tuesday and 117 on Wednesday.

Asked on the yardstick for deciding whether or not to extend the two-week MCO, he said it would be based on the number of deaths and not cases.

“And in our country the number of new cases is beginning to show a flat trend, a good indicator for the control measures and methods taken by the government,” he said.

A breakdown of Covid-19 statistics according to states shows that Selangor has recorded the highest at 223 cases; followed by the Federal Territory (FT) of Kuala Lumpur, 123; Sabah, 112; Johor, 101; and Negeri Sembilan, 56.

Dr Adham said no Indonesians were among the 900 cases registered in Malaysia.

Asked about 83 Malaysians said to have gone to Sulawesi, Indonesia for a tabligh assembly, Dr Adham said all of them would be required to undergo health screening and a 14-day quarantine on their return.

According to the latest media reports, the Ijtima of Asia 2020 event, scheduled to be held in Gowa, South Sulawesi, had been cancelled over Covid-19 fears.

CNN Indonesia said the event had been cancelled after the Indonesian government with the cooperation of the police and army had banned mass gatherings, including religious activities.

Asked about Malaysians who had to stay in Singapore during the MCO period, he said they would also be required to undergo a 14-day quarantine if they showed symptoms of the infection on their return.

“We will also provide mobile thermal scanners at the Johor-Singapore entry points to do screening,” he said.

Asked on the possibility of the homeless contracting the disease, he said the National Security Council had decided that the Women and Family Ministry would be responsible for their welfare. – Bernama