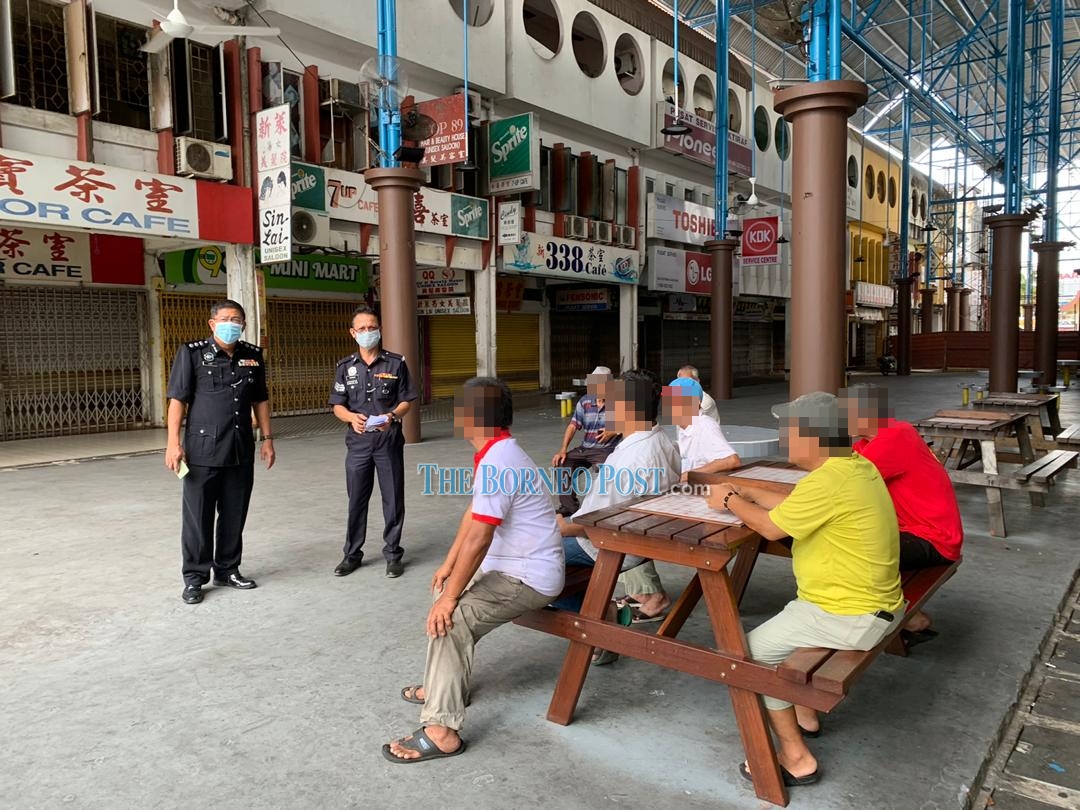 Lim (left) and another team member found the senior citizens loitering at Old Folks Street despite the MCO.

MIRI: Eight senior citizens have been brought to the Miri Central Police Station this morning to be given advice on complying with the Movement Control Order (MCO) to stop the spread of Covid-19.

The senior citizens were earlier seen loitering together, sitting at a table in front of one of the coffee shops along the Old Folks Street at Persiaran Kabor here.

They were later met by a police team led by Miri District police chief ACP Lim Meng Seah, who were patrolling the city to ensure the MCO was enforced at around 10am.

Police cart away the tables and chairs used by the men at Old Folks Street.

“Eight senior citizens have been brought to the police station for advice. Their family members have been contacted to bring them home.

“The tables and chairs they were using were also seized and brought to the police station,” said Lim.

Besides checks on shops and public places, the Miri police have also conducted roadblocks at several locations around the city during the third day of the MCO. 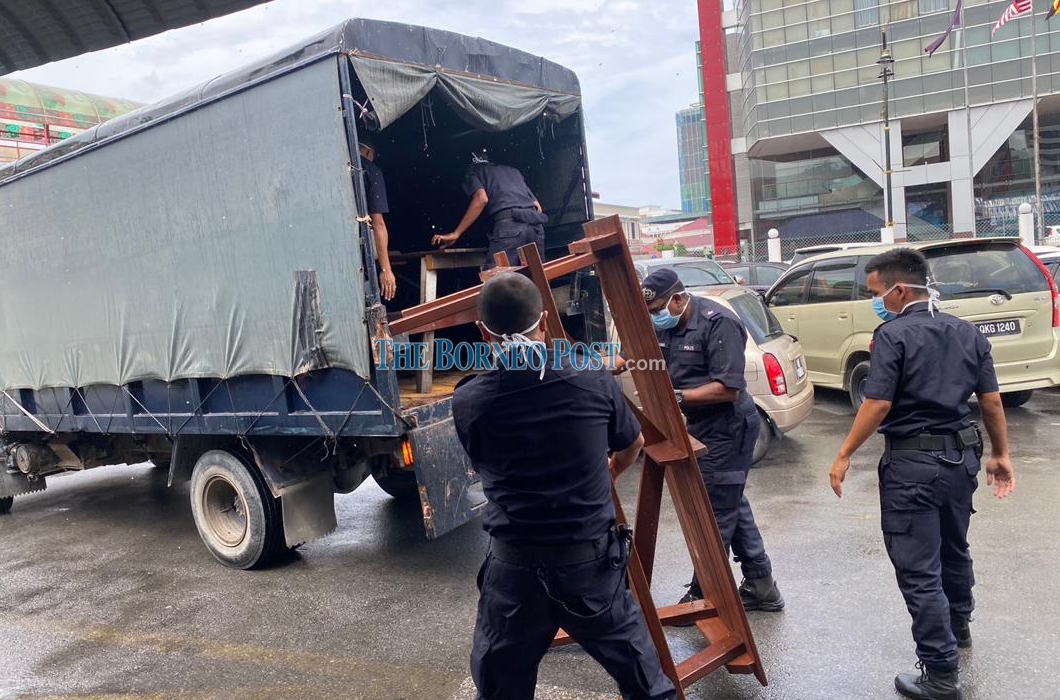 The tables and chairs used by the senior citizens were then seized and brought along to Miri Central Police Station.

The roadblocks were conducted at Jalan Bekenu, Jalan Tanjong and Jalan Permyjaya. The police team were assisted by personnel from the Civil Defence Force and People’s Volunteer Corps.

Public announcements were also made in Taman Tunku to remind people to stay at home.

Lim assured that the police will continue to intensify their enforcement of MCO to minimise public movement and ensure that people stay at home to curb the spread of Covid-19.

On another matter, Lim denied an accusation by a member of the public that the police here were currently “looking for bribes” by giving out fines to members of the public not wearing face masks.