Thursday, August 13
You are at:Home»News»Nation»Army to take to the streets to assist police with enforcing MCO 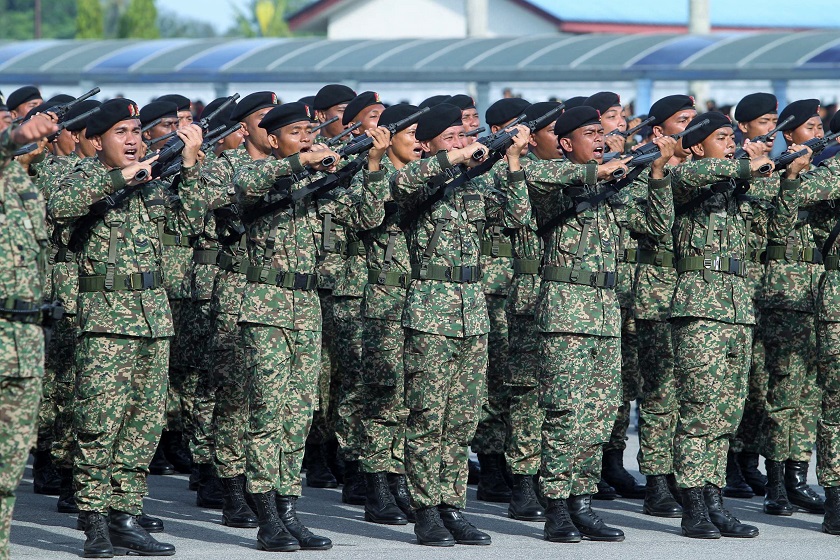 KUCHING: The Malaysian Armed Forces will be deployed to assist the police with monitoring the public’s compliance with the Movement Control Order (MCO), which was put in place from March 18 to 31 in an attempt to curb the spread of Covid-19.

Senior Minister (Security Cluster) Ismail Sabri Yaakob announced this after a national emergency meeting this morning, saying that all three branches of the army will be mobilised from Sunday onwards.

He said that the government is confident that with the military assisting with movement control, the order will be implemented effectively.

“We hope the people will show better compliance to the order,” he added.

He said based on reports from the police, there had been a significant increase in the public’s compliance of the order.

“Therefore, on behalf of the government, I wish to extend a big thank you to all members of the public who have shown awareness of how dangerous this virus is, by complying with the order to stay put in your respective homes,” the minister added.

“Nevertheless, there have been incidents which show that there still are individuals who are disregarding the order, and are roaming in parks, eating in restaurants, and who are not even heeding instructions from the police to disperse.

“The police can take stronger action against stubborn individuals by invoking the Police Act but as announced by Prime Minister Tan Sri Muhyiddin Yassin, at this early stage, we will advise and act with prudence,” Ismail Sabri said.

He went to say that according to the police, the law will be enforced against members of the public if a stage is reached at which individuals fail to respond to the advice of police personnel.

At the same time, the police will continue with their monitoring activities at roadblocks. So far, occupants in some 11,000 vehicles have been stopped and questioned.

Ismail Sabri also stressed that the government did not intend to declare a curfew as alleged by some irresponsible quarters via social media, since yesterday.

Urging the public not to believe in fake news, he said another false claim was that insecticide would be sprayed from helicopters to kill the Covid-19 coronavirus.

“I hope that people will not panic and be easily duped by fake news because each ministry has a hotline that can be contacted (to verify news),” the minister said.

At the same time, he said individuals who were not feeling well and yet failed to report to health authorities for screening, were committing an offence.

“The police can take action against them under the law. This includes the 4,000 individuals from a ‘tabligh’ group who attended the gathering in Seri Petaling, and still have not come forward to undergo health screening,” Ismail Sabri said.

Expressing the hope that these individuals will not wait for the police to turn up at their homes, he said: “This is for your own good, for your family and society at large”.