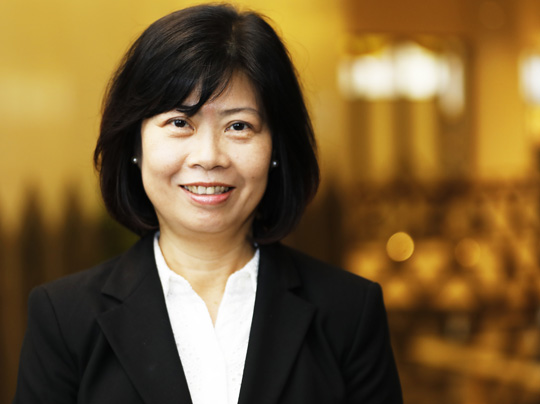 SIBU: Bukit Assek assemblywoman Irene Chang wishes to know whether the cargo plane which the state government has said would be ready to fly by the first quarter of this year is really ready.

She said that if it was not ready, then the state government should find alternative ways to bring in medical supplies such as masks and protective gears which were ordered by local medical agencies but were stuck in Kuala Lumpur.

“Now is a critical time and it is urgent that the state government find a way to bring in these medical supplies to ensure that we will not be cut off from the supplies,” she said in a statement today.

Chang said that she had received feedback from several people here that all their medical supplies, which they ordered online through their own initiatives, were stuck in Kuala Lumpur due to the cancellation of flights between Kuala Lumpur and Sibu.

“These medical supplies are urgent for our front liners; the nurses, doctors, pharmacists and the medical personnel need them urgently. This is a matter of life and death,” she stressed.

Chang said these were essentials which the state government should give priority to and help bring in to ensure that Sarawak would not be cut off from the supplies.

Adding on, Chang said the shortage of the face masks had forced the companies to increase the prices to RM100 per box.

She said it was morally wrong for the company to take advantage on this situation when the people are facing difficulty in getting the masks.

One of the reasons why the manufacturing companies resorted to increase the prices was due to the ban in exporting the face mask and hence, they are now diverting the cost to the local population, she said.

She said the Transport Ministry of the federal government may not know the scenario here in the state and the onus now is on the local ministers to do something as they know our needs.

On another matter, Chang said the State Government should also prepare for the future and treat the current issue as a lesson.

She said the state government should not be overly dependent on West Malaysia and must learn to be dependent on self-sufficiency.

“There are only four factories that produce masks in the whole of Malaysia, and all of them are located in West Malaysia. Sarawak has all the raw materials but need to export these raw materials to these companies before importing the masks back. We need to be independent and these are some of the things we need to look into,” she said.