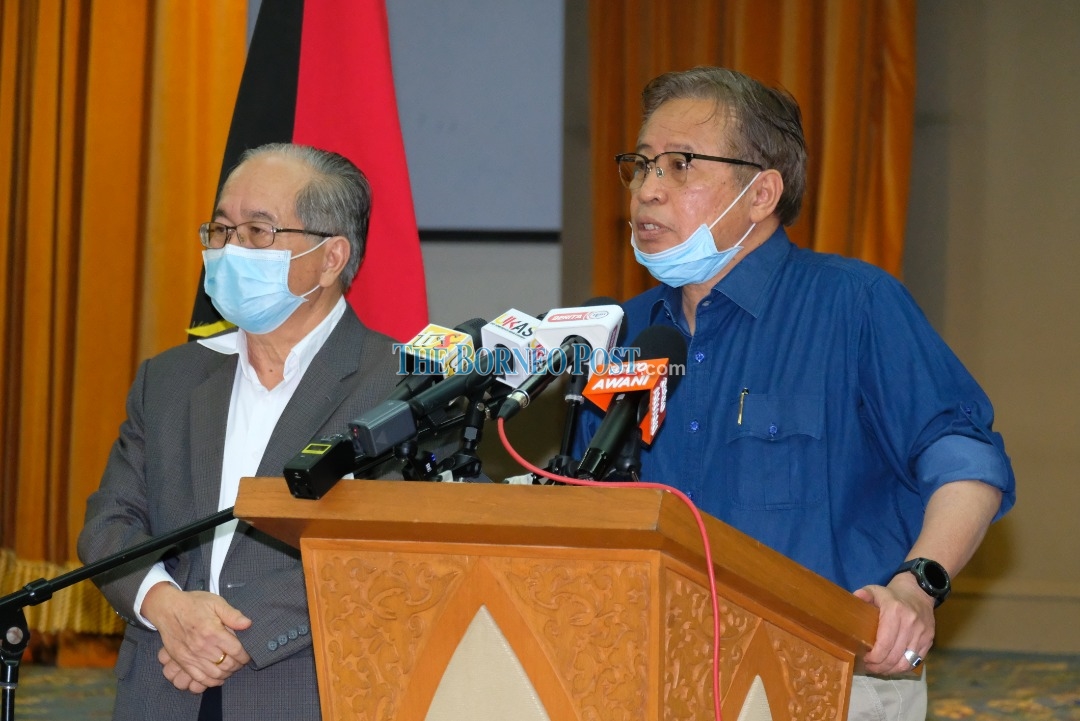 KUCHING: The Sarawak government has identified seven Covid-19 hotspots in the state to date.

“I would like to appeal to the general public to abide strictly to the movement control order (MCO).

“Public cooperation is vital otherwise the infection will get out of control. The public needs to follow the advice of the authorities. Just stay at home,” he told reporters after chairing a State Disaster Management Committee meeting at Wisma Bapa Malaysia this morning.

Abang Johari said the public should not underestimate the severity and the seriousness of the Covid-19 pandemic that is happening in the state, reiterating that the MCO must be obeyed at all times.

“The MCO is an exercise to flatten the infection curve of the virus which will burden the community, the state and the country’s resources, and affect the health and safety of every individual, if not checked,” he said.

He told a press conference that through digital mapping, the committee would be given a clearer picture on the whereabouts of a patient and help with locating people who might have had contact with the patient.

As of yesterday (March 20), the state recorded seven new Covid-19 cases, bringing the total to 58 since March 13.

Uggah said all seven patients of the new cases are from Kuching and are currently being quarantined at Sarawak General Hospital.

“From the seven new cases, four cases are from the cluster that attended a religious gathering in Sri Petaling Mosque, two cases from attending a church event and one case is still under investigation,” said Uggah.

Out of a total 714 person-under-investigation (PUI) cases to date, the deputy chief minister said that 58 cases were identified as positive with Covid-19.