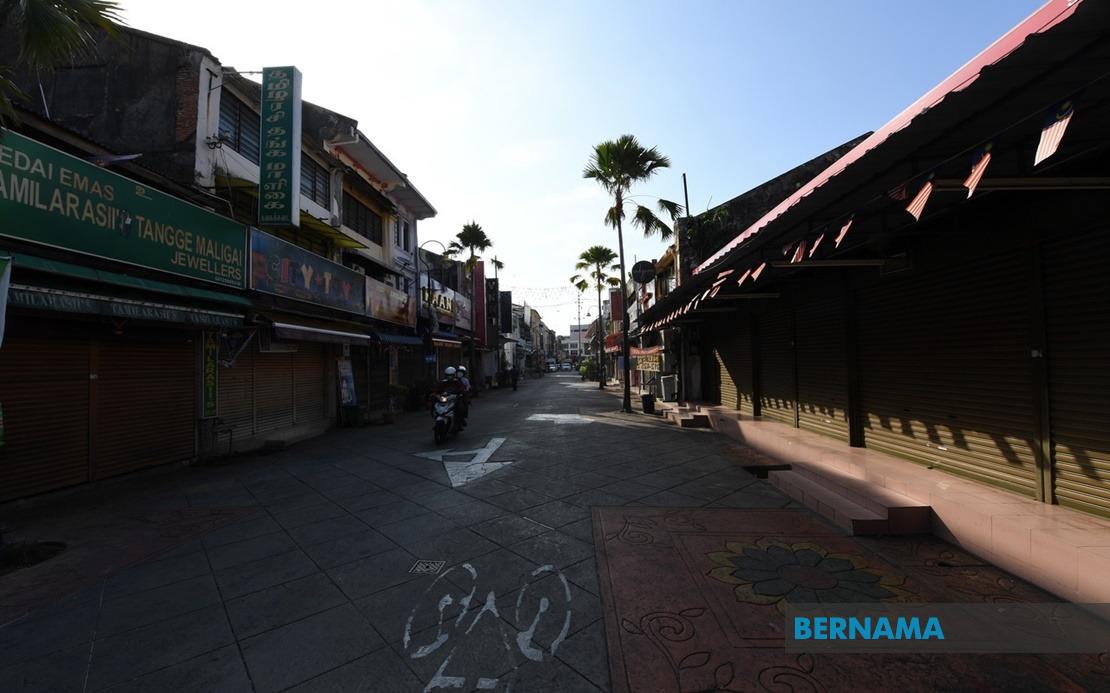 Kuala Lumpur city centre saw less movement on the streets yesterday and the same could be seen in other main cities across the city, an indication that more people were taking heed of the order. Bernama Photo

KUALA LUMPUR: Day four of the Movement Control Order implemented by the government effective March 18 to 31 to contain COVID-19, is anticipated to see improved compliance among the public in staying put in their respective homes.

Following scenes of people disregarding the order on Wednesday when it first came into force, the rate of compliance has increased thanks to the efforts of the authorities, particularly the police in setting up roadblocks and continuously advising errant members of the public on the importance of staying at home.

Kuala Lumpur city centre saw less movement on the streets yesterday and the same could be seen in other main cities across the city, an indication that more people were taking heed of the order.

After the live television broadcast of Prime Minister Tan Sri Muhyiddin Yassin’s pleas on Wednesday night to the people to stay put at home, the Yang di-Pertuan Agong, Al-Sultan Abdullah Ri’ayatuddin Al-Mustafa Billah Shah, followed suit yesterday, calling on the public to play its role in preventing the spread of the virus.

His Majesty also urged everyone to call off plans to return to their hometowns, and instead focus efforts on staying put and observing good personal hygiene.

Prior to this address, the Agong had also driven his vehicle around the city centre to get an indication of the public’s adherence to the order, and made a stop at a police roadblock to observe the ongoing monitoring of movement.

In a move to ensure full compliance with the order, the armed forces will be deployed to assist the police with monitoring and implementation efforts, effective 12.01 am tomorrow.

The Prime Minister’s Department, in a statement issued yesterday, advised the public to comply with all instructions issued by the authorities in line with the Movement Control Order. It said stern action would be taken against errant individuals.

Defence Force Chief, Gen Tan Sri Affendi Buang, said a working committee would coordinate the deployment of personnel of all three branches of the armed forces (army, navy and air force) across the country.

Meanwhile, Senior Minister (Security Cluster) Datuk Seri Ismail Sabri Yaakob also advised members of the public who had returned to their hometowns following the government’s announcement of the impending imposition of the Movement Control Order, to stay put there until March 31 and not to return to Kuala Lumpur before then.

The order stipulates, among others, the closure of all government and private sector premises except those involved in providing essential services. Also ordered closed are places of worship. Supermarkets, public markets, groceries and convenience stores selling daily necessities have been allowed to remain open. – Bernama