Tuesday, July 5
You are at:Home»News»Longhouses in Miri set up notices to stop outsiders from entering village to safeguard community from Covid-19 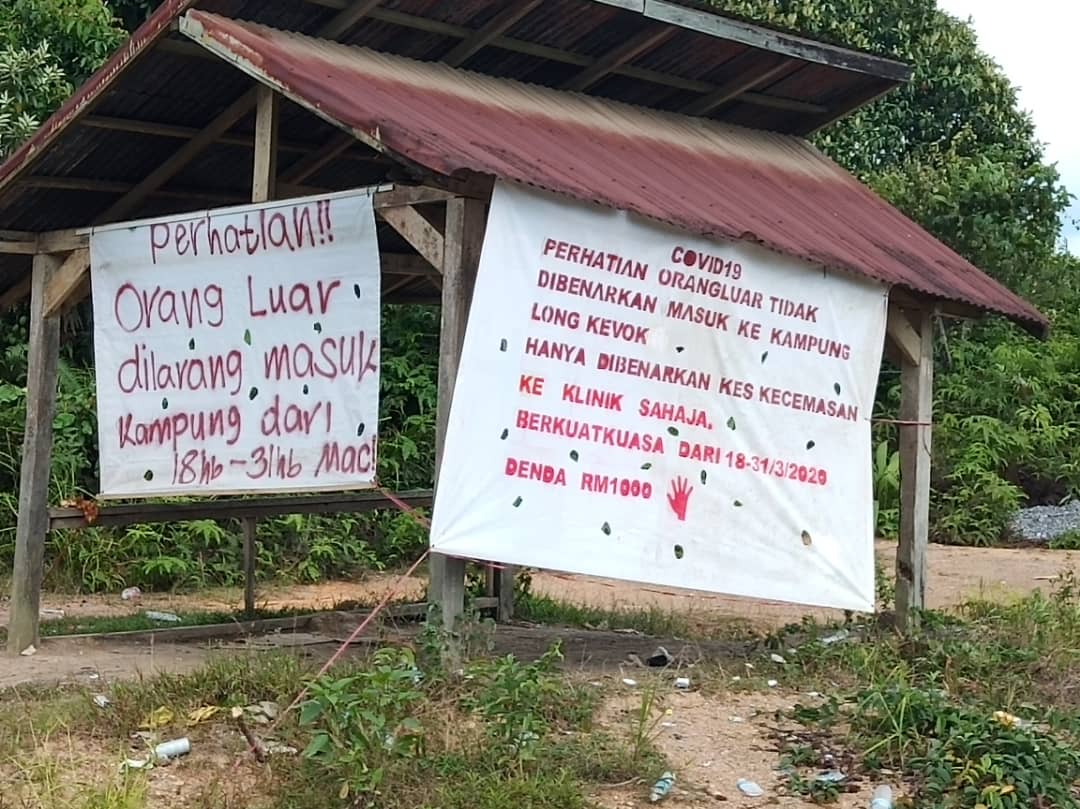 The notice put up by villagers of Long Kevok at the main entrance to its longhouse.

MIRI: A Penan longhouse in Apoh Baram has taken the initiative and erected a notice at the main entrance to the longhouse to stop outsiders from entering the village.

Long Kevok’s headman Lucas Seman when contacted today said the notice was erected on March 18 in support of the government’s Movement Control Order (MCO) to prevent the spread of Covid-19.

“We have to do it to ensure the safety and health of our villagers here. It is also to stop those who are non-locals from entering our village during this critical time,” Lucas said.

Lucas said the Development and Village Security Committee (JKKK) had decided that it would not allow all outsiders, including personnel from the Sabah Sarawak Gas Pipeline (SSGP), to enter the village otherwise they would have to pay a RM1,000 penalty.

“This is because some of the SSGP personnel may come from the city and we do not know the condition of their health,” he said.

To ensure that the step taken is effective, the JKKK, he said had appointed two villagers to guard the main entrance to the village.

There are about 400 villagers in Long Kevok.

The village, of which majority are Penans, is located some five hours by four-wheel drive (4WD) from Miri city.

Another village, located in Tinjar Baram – Long Jegan also set up a notice yesterday in support of the MCO. 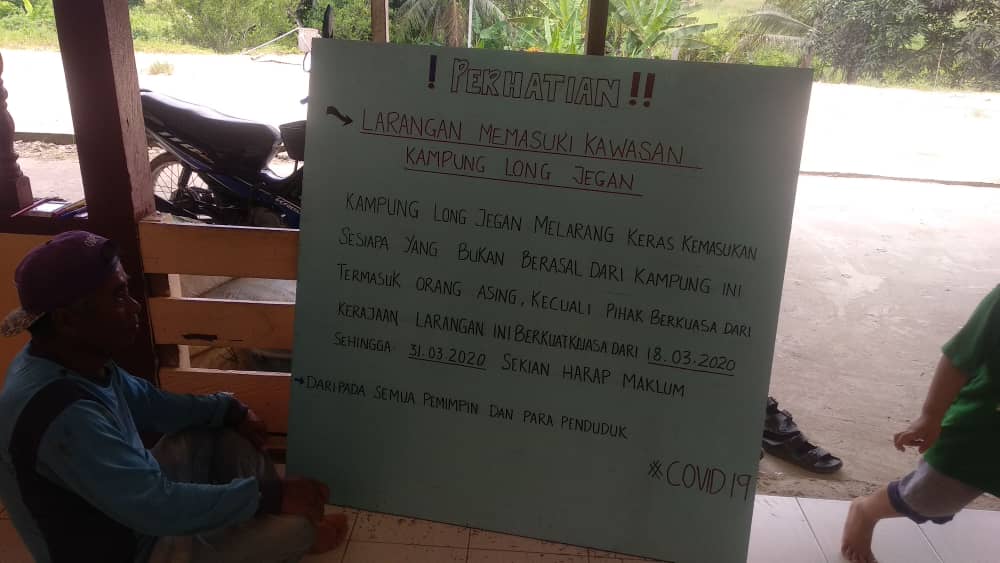 The notice set up by the Long Jegan longhouse.

The notice also stated that it did not allow anyone who are non villagers to enter the village effective March 18 until 31.

“Only authorities are allowed to enter during this period until March 31,” it said on the notice.