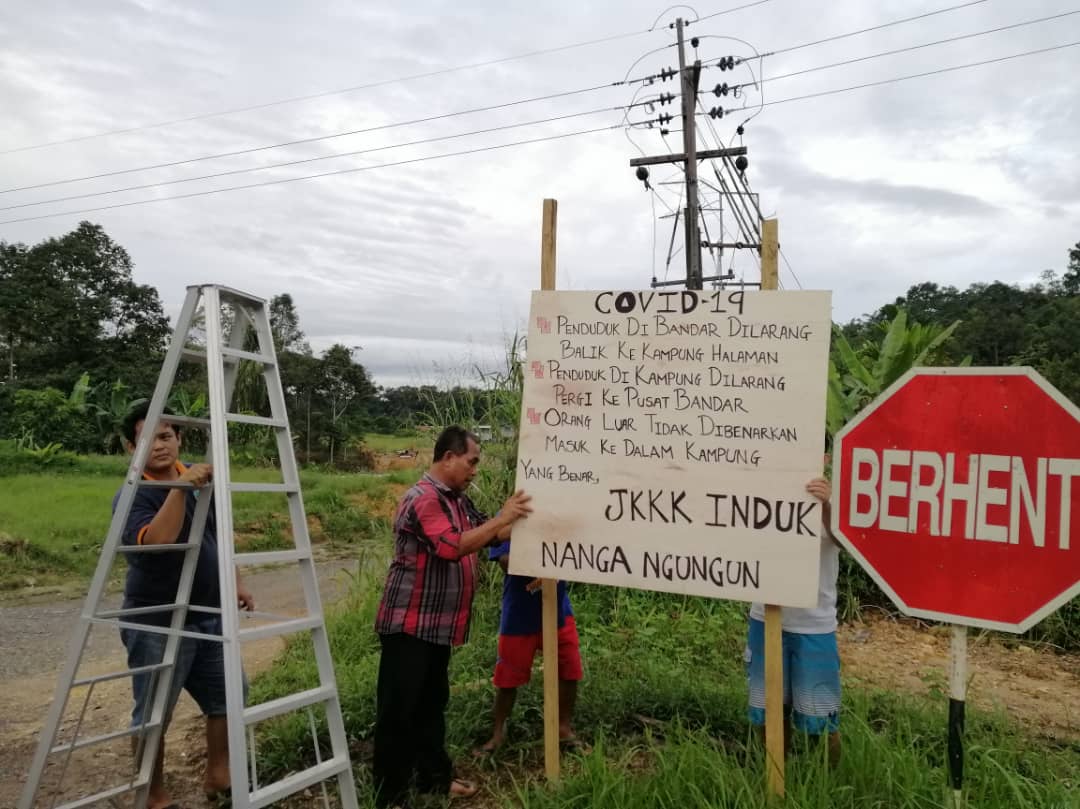 Ron (second left) while setting up a ban notice in Nanga Ngungun.

KANOWIT: Residents of 24 longhouses at the Nanga Ngungun Resettlement Scheme near here have unanimously banned outsiders from entering their areas effective today as the Movement Control Order (MCO) enters its fourth day.

As such, the Village Development and Security Committee (JKKK) of Nanga Ngungun has taken the initiative to set up the signage in two places; at the junction of Nanga Ngungun (Kanowit-Ngungun Road) and another in front of the Ngungun River Bridge (Song-Kapit Road).

In his speech, Ron called on all concerned longhouse chiefs in the Nanga Ngungun area to ensure that their longhouse residents do not leave their homes and that none of their children who stay or work in town return to their respective longhouses while the MCO is in effect.

“All these have been agreed to by us through our JKKK Nanga Ngungun, the parent body in charge of the Nanga Ngungun Resettlement Scheme. I hope everyone cooperates to ensure that the Covid-19 virus does not spread to our areas,” he said.

For the sake of security, Ron also hoped that all the residents would not venture to town or visit their relatives or friends outside Nanga Ngungun during the MCO period.

Asked about the food supply, Ron said the Nanga Ngungun area had several grocery stores and it did not cause any problem.

“What is important is that all of us must adhere to the MCO. It will only take two weeks. If we do not cooperate fully, there is a possibility that the MCO will be extended then the potential spread of this virus will be alarming,” he added.