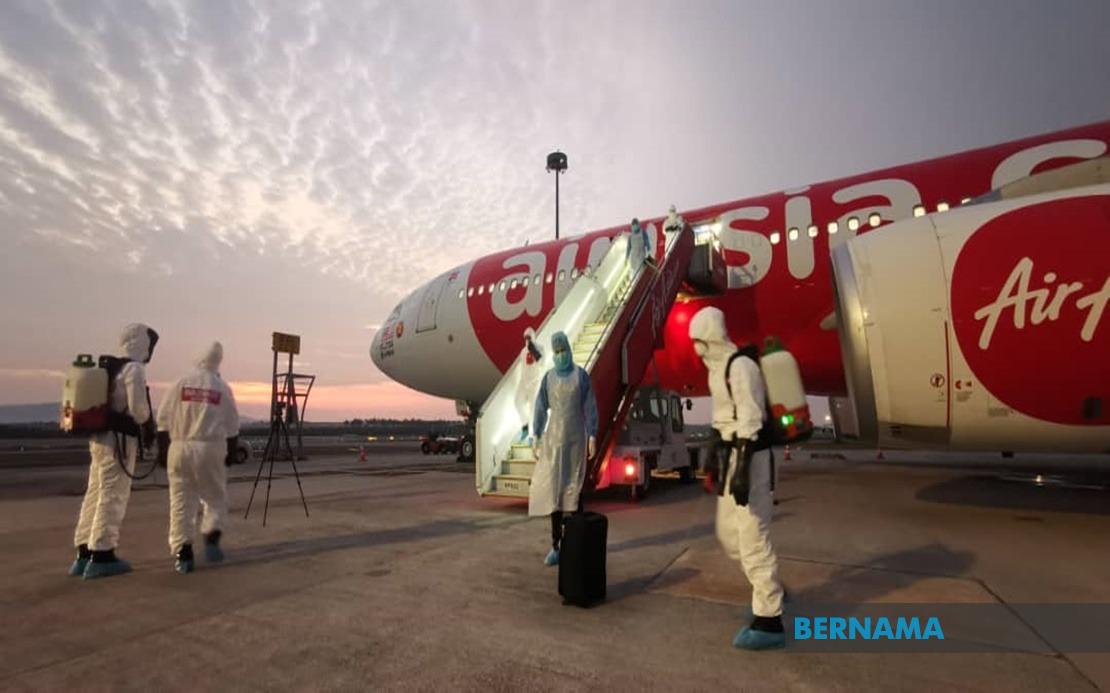 Malaysia is waiting for the Indian government’s permission to organise six more special flights to evacuate hundreds of Malaysians stranded in India while 372 flew out of Tamil Nadu on two chartered planes on Saturday night. – Bernama photo

NEW DELHI:  Malaysia is waiting for the Indian government’s permission to organise six more special flights to evacuate hundreds of Malaysians stranded in India while 372 flew out of Tamil Nadu on two chartered planes on Saturday night.

One AirAsia plane carried 186 passengers from Chennai and an equal number left on another flight from Tiruchirappalli.

“The priority was given to women, children and those unwell. We received approval for these two flights on Saturday and we assisted those requiring urgent evacuation. There are still hundreds of people waiting in Chennai and Tiruchirappalli for evacuation,” a person from the Malaysian consulate in Chennai told Bernama.

“Only those who came to India with return tickets issued by any airline were allowed on the two chartered flights,” he said.

There are four more such flights planned to evacuate Malaysians stranded in the southern state of Tamil Nadu, while Malaysia Airlines (MAS) has applied for permission to evacuate passengers from Chennai early on Tuesday and plans one flight from Mumbai on Wednesday afternoon.

As of Sunday afternoon, 346 Malaysians in Delhi and other places in north India had registered for evacuation, and 1,228 were stuck in Chennai, while 37 needed evacuation from Mumbai.

“We have advised those in north India to consider flying to Mumbai if the permission for a Malaysia Airlines flight is received,” a diplomat from the Malaysian High Commission in New Delhi told Bernama.

The first batch of more than 130 Malaysian evacuees arrived in Kuala Lumpur on March 19 on the special flights by AirAsia from New Delhi and Visakhapatnam.

The Malaysian diplomatic missions continue to receive details of more stranded citizens who were visiting India when flights were suspended on the Malaysia-India route on March 17 in the wake of the Indian government’s restrictions on international travel to combat the coronavirus infection spread.

India on Sunday began a nationwide “people’s curfew” between 7 am and 9 pm in which people were asked to stay at home, barring those providing essential services.