Thursday, August 6
You are at:Home»News»Nation»MCO compliance rate stands at 92 pct 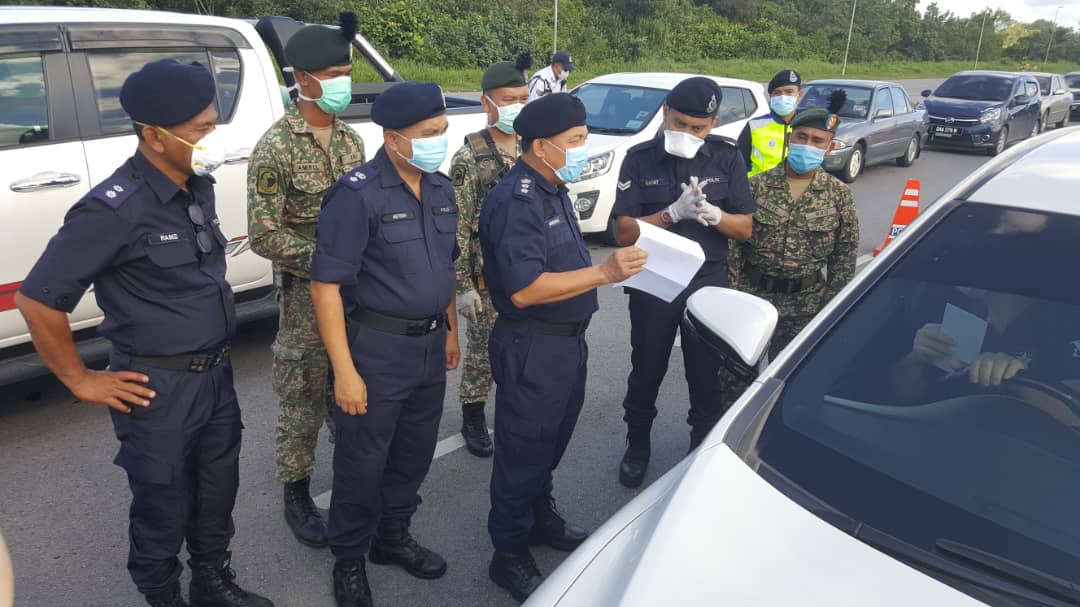 The deployment of the Malaysian armed forces (MAF) to assist the police in enforcing the Movement Control Order (MCO) beginning yesterday saw the public’s compliance rate rose to 92 per cent today. – File photo

PUTRAJAYA: The deployment of the Malaysian armed forces (MAF) to assist the police in enforcing the Movement Control Order (MCO) beginning yesterday saw the public’s compliance rate rose to 92 per cent today.

Senior Minister (Security Cluster) Datuk Seri Ismail Sabri Yaakob said as of yesterday, 1,903 roadblocks had been conducted by the police, MAF, the People’s Volunteer Corps or Rela and the Malaysian Civil Defence Force.

“A total of 120, 615 vehicles were inspected during the operations. This shows that there are still people who fail to comply with the MCO,” he told a press conference here today.

Ismail Sabri, who is also Defence Minister, said during the operations, those without solid reasons to travel interstate would be asked to return to their home by the authorities.

He said as of yesterday, a total of 1,719 MCO-related announcement had also been conducted nationwide.

“Although the MCO compliance rate has increased, there is still a low level of understanding among the people on the importance of social distancing,” he said.

He said the special Cabinet meeting on the MCO held this morning had also decided that operations at rubber processing centres nationwide would resume as usual as rubber tapping activities were allowed to continue during the duration.

“Stern action will be taken against rubber processing centre operators who fail to adhere to the directive,” he added.

Ismail Sabri said during the meeting, the Agriculture and Food Industry Ministry had given the assurance that there was sufficient supply of food in the market to meet the demand throughout the the MCO period.

He said that food supply sectors had also been given the green light to operate as usual throughout the MCO period to ensure adequate food supply during the period.

Agriculture, livestock breeding and fisheries activities were also allowed to operate as usual during the duration, Ismail Sabri added. – Bernama