Saturday, July 11
You are at:Home»News»Nation»MKN to decide on extension of MCO – Muhyiddin 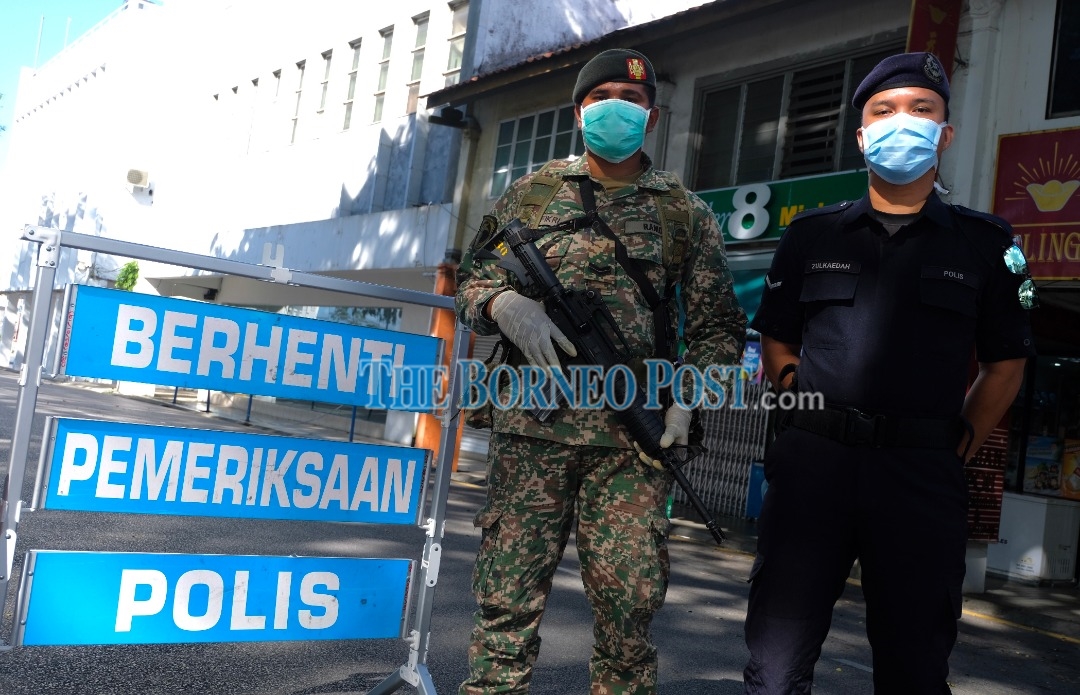 A policeman and a member of the armed forces armed with an M4 assault rifle manning the roadblock near the Old Courthouse, Kuching after the government imposed MCO on March 18.

PUTRAJAYA: The National Security Council (MKN) will be meeting before the end of the Movement Control Order (MCO) on March 31 to determine whether there is a need to extend it, said Prime Minister Tan Sri Muhyiddin Yassin.

“Before the MCO ends on March 31, MKN will meet on whether the measure taken was adequate or is there a need to extend it by a week or two,” he told reporters after chairing an Economic Action Council (EAC) meeting here today.

Muhyiddin said the decision depended on the level of compliance on MCO which is at almost 90 per cent.

“But there are still some who did not obey the MCO which I hope would reach 100 per cent,” he said.

He added that from one angle, MCO is said to be effective but if movements could be reduced to the minimum, which is only for essential goods, then it is considered a success.

Muhyiddin said police and the armed forces have been ordered to reprimand the people so that they quickly return home after buying their daily necessities or medical items.

“There were improvements in the actions taken by the Health Ministry with the assistance of other agencies and the cooperation of all parties.

“This include the balance of the Tabligh group who have yet to come forward (for Covid-19 screening), the MCO would probably show positive signs if the data (on those who did not comply) is lower,” he said.

Muhyiddin again appealed to the people to stay at home to curb the spread of Covid-19. – Bernama