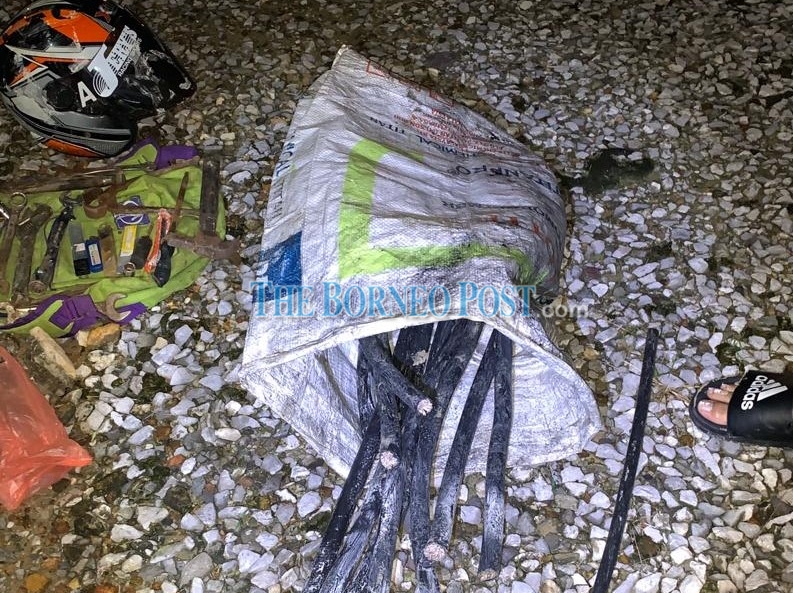 Some the cables which was found in the substation ground after the arrest.

KUCHING: An individual was arrested for allegedly breaking into a 33kV substation off Jalan Sungai Maong Ulu on March 19 while two other accomplices escaped.

According to Sarawak Energy Bhd, their security team went to the substation  at around 12.20am on that day, following a public tip-off that three men were seen breaking into the facility.

“When the security team arrived, they saw the three men dismantling cables and managed to apprehend one of them while two others managed to escape,” state-owned utility firm said in a press statement today.

The suspect has been handed over to police for further investigation, it added.

“They also found hardware tools and a syringe from the man,” it added.

Sarawak Energy stressed cable theft is an offence and it is extremely dangerous as it can cause serious injuries and even death from electrocution.

If any suspicious activities or individuals are observed near electrical equipment or facilities, members of the public are to contact the Sarawak Energy Customer Care Centre at 1300-88-33111 or email to [email protected]

Meanwhile, the energy developer and power utility strongly advised everyone to stay home during this period.