Friday, January 22
You are at:Home»Sports»Japan PM Abe agrees with IOC to delay Olympics until summer 2021 at latest 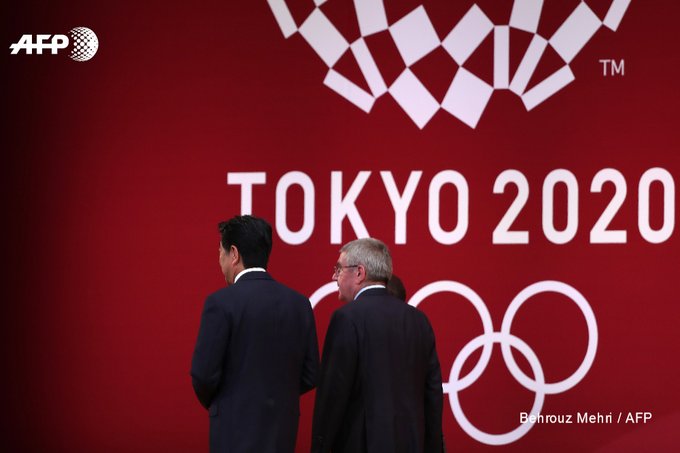 Japan’s Prime Minister Shinzo Abe said the July 24-Aug 9 event would be rescheduled for the summer of 2021 at the latest as proof of victory over the coronavirus. AFP Photo

Japan will hold the Summer Olympic Games by the summer of 2021 at the latest, Prime Minister Shinzo Abe told reporters at a briefing on Tuesday, following a call with International Olympic Committee (IOC) head Thomas Bach.

After the call with IOC President Thomas Bach, Japan’s Prime Minister Shinzo Abe said the July 24-Aug 9 event would be rescheduled for the summer of 2021 at the latest as proof of victory over the coronavirus.

“We asked President Bach to consider postponement of about one year to make it possible for athletes to play in the best condition, and to make the event a safe and secure one for spectators,” Abe said. “President Bach said he is in agreement 100 percent.”

Japan and the Olympics movement decided on Tuesday to delay this year’s Tokyo Games into 2021 as the coronavirus crisis obliterated the world’s last major imminent sporting event.

Bach later on Tuesday said that the precise dates for the new Games had not yet been determined.

“About two hours after my phone call I cannot give you a definite answer.

“These are the reasons why we had decided we need at least four weeks to assess all these questions… These are not the only ones,” Bach added on a phone call with journalists.

It was the first time in the Olympics’ 124-year history that they had been postponed, though they were cancelled outright several times during the two 20th century World Wars.

Athletes were sad but relieved after weeks of worrying and struggling to train as the world headed into virtual lockdown from the virus that has claimed more than 16,500 lives.

“I compete in a little bike race, which is nothing compared to what is going on in the world right now,” American Olympic BMX champion Connor Fields said. “No sport is more important if it means more people might potentially die from this.”

Pressure on the IOC and its powerful president Bach had been accelerating fast in recent days, with Canada and Australia refusing to participate if the Games went ahead in the summer.

Athletes wholeheartedly endorsed the delay, given health risks and disruption to their training as gyms, stadia and swimming pools shut down around the world.

“To be honest, I’m left reeling and feeling a little lost. But the goal posts haven’t disappeared – just shifted. It’s time to recalibrate and fire up for the next challenge,” said Australia’s two-time Olympic champion swimmer, Cate Campbell.

The coronavirus outbreak has raged around the world since early this year, infecting nearly 380,000 people and wrecking sports events from the soccer Euros to Formula One.

Postponement is a massive logistical headache for hosts Japan, which has pumped in more than $12 billion of investment.

But a poll showed about 70% of the Japanese agree with a delay.