Tuesday, July 14
You are at:Home»News»Sabah»Only director can reveal Covid-19 info in Sabah 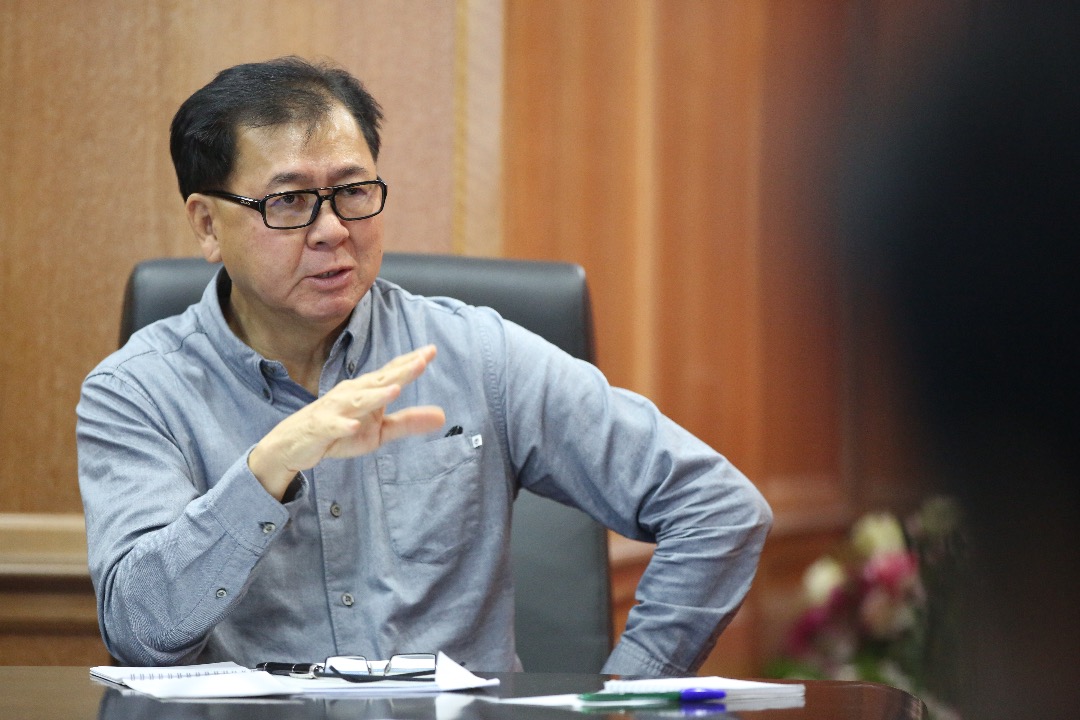 KOTA KINABALU: State Health and People’s Well-being Minister Datuk Frankie Poon Ming Fung broke his ‘silence’ on the Covid-19 issue in Sabah, explaining that the matter falls under the State Disaster Management Committee, thus he is in no position to issue statements.

He said the public had mistakenly thought that the management of the outbreak came under his ministry.

“As a matter of fact, it is not so. This is not a normal run of the mill problem. A crisis of this magnitude requires the State Disaster Management Committee to oversee it.

“As such I have not made any statement as everything has been under control with directives from the Command Centre,” Poon said in a statement here yesterday.

He pointed out that the first reported Covid-19 case in the state was detected on March 12, after which the State Disaster Management Committee was subsequently activated, with Chief Minister Datuk Seri Shafie Apdal acting as the chairman.

“The State Secretary and the Federal State Secretary are the joint chairmen to oversee the operations at the Command Centre. I, as the Minister of Health and People’s Well-being Sabah, is part of the committee to assist in any way (I can),” he said.

Poon said that the State Secretary as the Operation Director, had been issuing daily directives and commands from his office as the director on all issues pertaining to the current ‘disaster’.

Poon further explained that, in Malaysia, only four individuals are authorised to reveal information and data on health-related matters, namely the Prime Minister, Deputy Prime Minister, Federal Health Minister and the Health Director-General.

In Sabah, the Director of State Health Department, Datuk Dr Christina Rundi, is the one authorised to disseminate information on behalf of the State Government.

He explained that the public may visit Covid19.Sabah.digital (which is a website) if they wish to contact the Command Centre.

“This crisis is unprecedented; we all should stay calm and speak when necessary and not to mislead one’s flocks and to avoid confusion.

“If I was able or if I had any info on the current crisis, I would certainly reveal and inform all of you out there. Nevertheless, I am working with limited resources and information.

“The Command Centre is working around the clock while other sectors work until late night,” he added.

Separately, he said Sabah currently has 28 gazetted quarantine centres, designated for all those who are returning from overseas, with effect from March 21.

He said that the state is going all out to try to screen and test all those who met the criteria for testing for Covid-19.

“Although the Federal Ministry of Health manages the overall health issues, including all the 26 hospitals in Sabah; they are stretched.

“I have personally received many viral videos and pictures of nurses resorting to self-made PPE. That is due to supply problem.

“Medical needs are slow in coming in; this has caused the misconception of financial issue with our ministry.

To my understanding, the real problem lies with supply issue,” Poon said, adding that his ministry welcomes donations from the public.

He reiterated that essential food and gas services are opened from 6am to 2pm daily (for general markets and petrol stations), and 6am to 6pm for supermarkets, sundries, restaurants and fast-food or drive-through outlets.

Previous ArticleCovid-19: Patients must be treated with differentiated therapies, says Chinese expert
Next Article 7pm to 7am restriction during MCO not a ‘curfew’, says Sarawak police chief