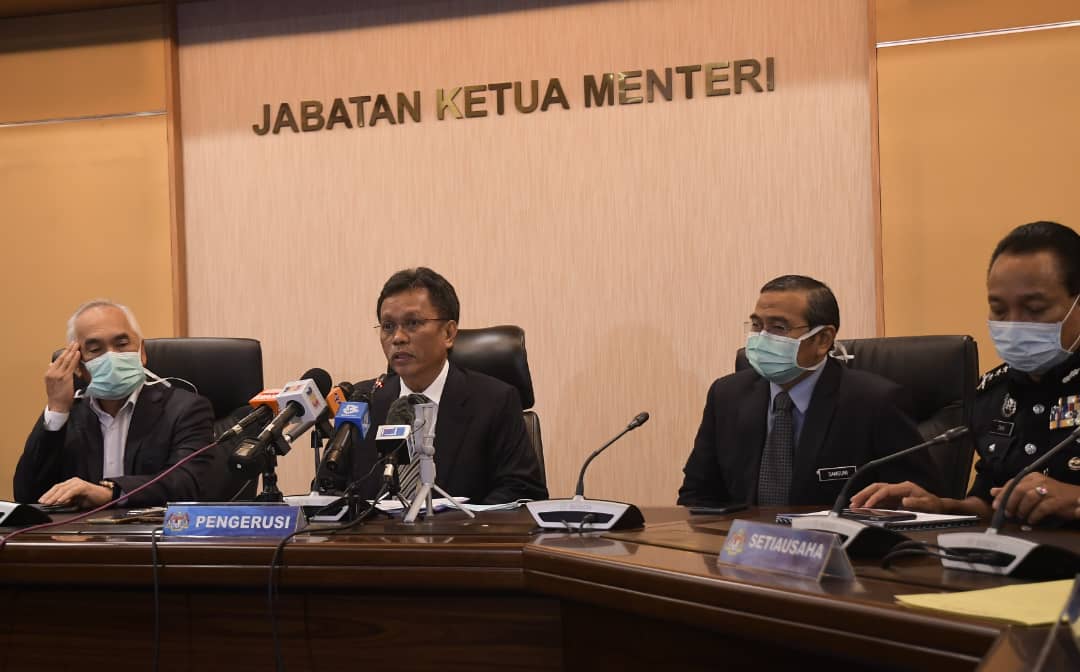 Shafie, speaking at a press conference yesterday, urged tabligh members to cooperate and come forward, saying quarantine is not a punishment.

KOTA KINABALU: Nine more people who attended the “Ijtimak Tabligh Dunia Zon Asia 2020” in Sulawesi will be arriving in Sabah.

Chief Minister Datuk Seri Panglima Mohd Shafie Apdal said the nine would be quarantined together with 17 other people who had also attended the event at the quarantine centre in Tawau.

He said that to ensure they are free from Covid-19 and are healthy, they would be quarantined for a longer period and beyond March 31.

He informed reporters in a press conference yesterday that the effort was to ensure none of them brings the disease back to their village.

“I am informed that some of them are from Beaufort, Kuala Penyu and from Tawau,” he said after attending the council meeting on National Security for Sabah at the Sabah Government Administrative Building near here yesterday.

He also said the State Government had encouraged those who went for the event to come back since there are no quarantine facilities in neigbouring Indonesia for them.

“Otherwise, they will try to find other means to return, through ‘rat’ alleys (jalan tikus) in order to get back to their village. It is better that they are quarantined. We will get the feedback from the Health Department so we can curb the spread of the pandemic,” he said.

He added that there are about 170 Covid-19 cases involving tabligh members as well as their contacts.

“Efforts are underway to find out who they have contacted with and where they have been. We will investigate thoroughly.”

He urged the tabligh members to cooperate and reminded that this is not a punishment but rather an effort to contain the spread of the disease.

“We don’t want to infect the vulnerable people in our society – the elderly, the children,” he said.

Shafie said the Immigration Department would enforce stricter measures to ensure those who returned are quarantined.