Friday, July 10
You are at:Home»News»Sabah»213th Police Day put on hold due to MCO 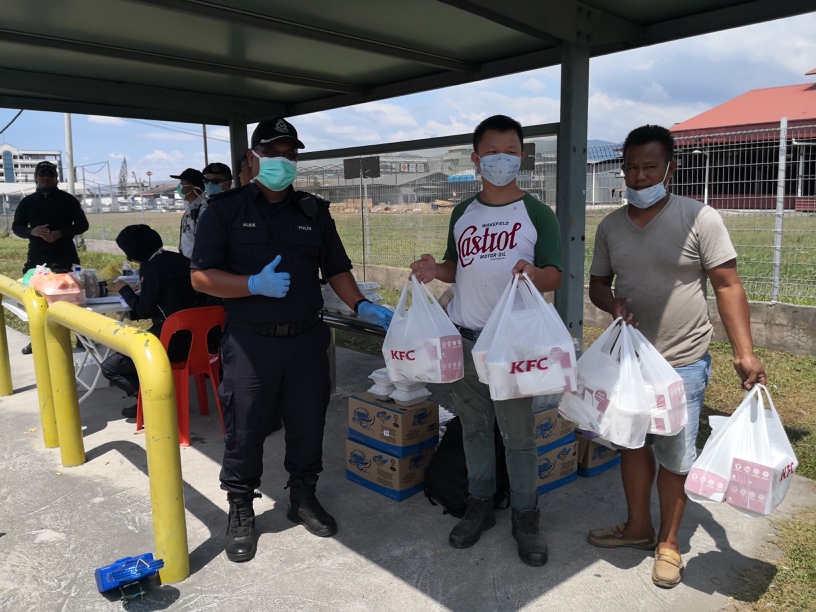 Members of the public bringing some food and drinks for the police at a roadblock at Jalan Kolombong yesterday.

KOTA KINABALU: The 213th Royal Malaysia Police Day celebration yesterday was put on hold because of the imposition of the 14-day Movement Control Order which entered its seventh day in an effort to contain the Covid-19 pandemic.

The Royal Malaysia Police used to mark their yearly celebration nationwide on March 25 , but it has to be put on hold as the security forces in collaboration with the Malaysian Army and Rela were entrusted to enforce the MCO and mount roadblocks to control the movement of people, advising them to stay at home.

In conjunction with the 213th Police Day, many folks from Kota Kinabalu took the time and effort to visit and hand out food and drinks to our men and women in blue uniform manning roadblocks around the state capital.

Such generosity shown by many people revealed just how Sabahans valued the sacrifices made by the police officers and personnel who are willing to be away from their families and loved ones just to keep our country safe (from the Covid-19 virus).