Saturday, May 30
You are at:Home»News»Crime»28 arrested for going against MCO, says Dev Kumar 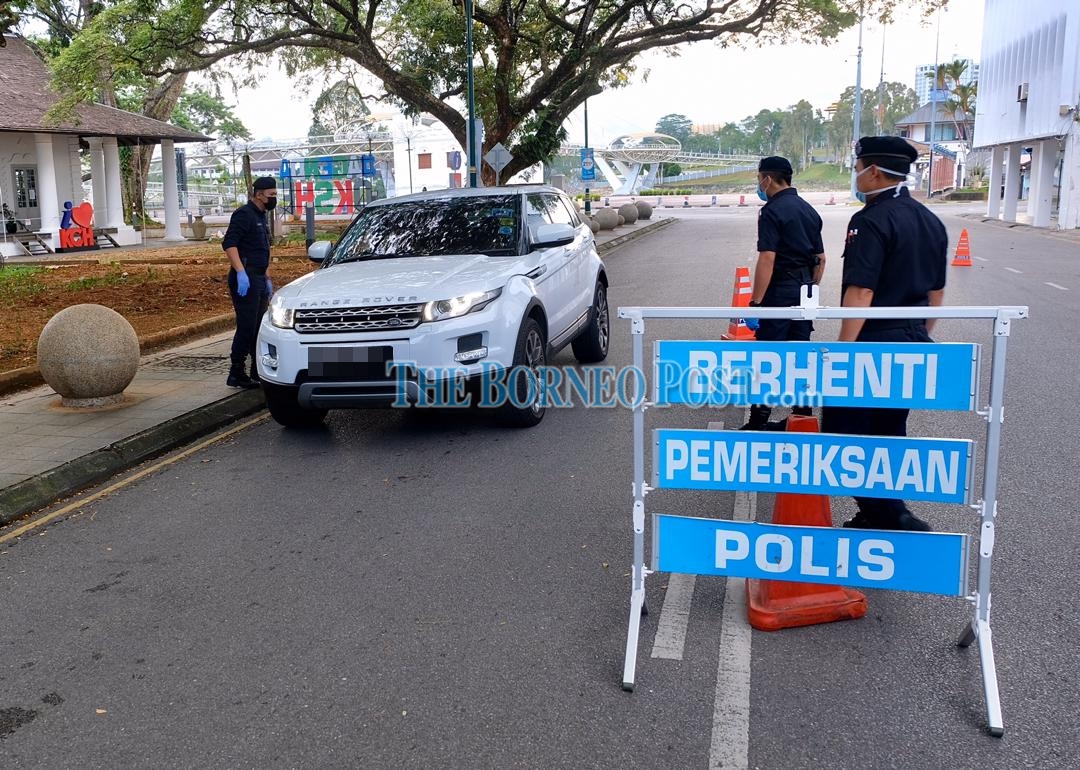 Policemen manning the roadblock near the Kuching Old Courthouse.

KUCHING: The Sarawak police has arrested a total of 28 suspects (24 male and four females) for going against the Movement Control Order (MCO) from March 25 until 8am today.

Sarawak Deputy Police Commissioner Dato Dev Kumar who confirmed the arrest, said 26 suspects have since been released on police bail, whereas a husband and wife who rammed into a police roadblock in Batu Niah, Miri on March 25 is still under lock-up.

Dev Kumar said the highest arrest was carried out in Miri involving nine suspects followed by Mukah with seven.

Four suspects were arrested in Sarikei; two in Kota Samarahan, Lawas and Bintulu; and one each in Kuching and Padawan.

Dev Kumar said all of the 26 suspects had failed to justify why they had to leave their house during the MCO period.

All of the suspects are investigated under Section 186 of the Penal Code and Rule 7 (1) of the Prevention and Control of Infectious Diseases (Measures within the local Infected Areas) Regulations 2020.

“We (police) would like to warn the people to follow the MCO until April 14,” said Dev Kumar.

He added that police will not compromise against any individuals who do not have a valid reason to be outside of their home during the MCO.