Sunday, June 7
You are at:Home»News»Billion-plus Indians under lockdown 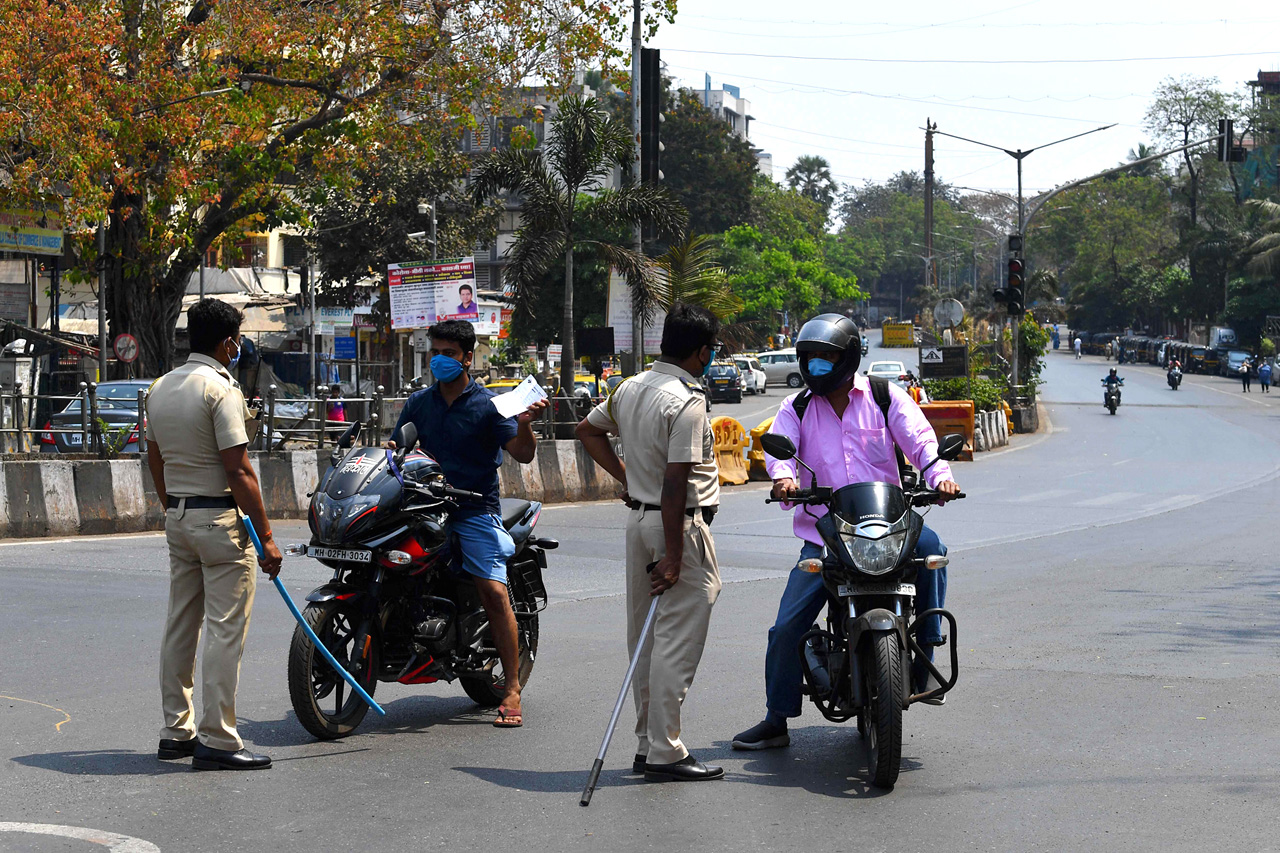 Policemen check motorists at a roadblock during the first day of a 21-day government-imposed nationwide lockdown as a preventive measure against the Covid-19 coronavirus, in Mumbai. — AFP photo

NEW DELHI: India ordered its billion-plus population on Tuesday to stay inside for three weeks, bringing a third of the world under lockdown as the coronavirus pandemic forced Japan to postpone the Olympics until next year.

Financial markets soared after a brutal month as the US Congress looked set to pass a stimulus bill, joining the world’s central banks in combatting the crisis with major injections of cash.

President Donald Trump voiced hope that the US could begin reopening by Easter, which falls on April 12 for most Christians, but one of his top medical advisers said there was a need to remain ‘very flexible’.

Despite Trump’s optimism that the US economy will be back to normal within weeks, more governments are taking unprecedented action to stop potential virus-carriers going out and about.

Authorities advised anyone who has visited New York City, the epicentre of the outbreak in the US, to self-quarantine for 14 days.

Just as China, where the new virus emerged last year, began to loosen some controls, neighbouring India ordered its 1.3 billion people — the world’s second biggest population — to stay at home for three weeks.

Prime Minister Narendra Modi’s ‘total lockdown’ call doubled the number of people around the globe under some form of movement restriction to more than 2.6 billion people.

“To save India, to save its every citizen, you, your family… every street, every neighbourhood is being put under lockdown,” Modi said in a televised address.

Across the planet, the grim Covid-19 toll mounted further, with more than 18,000 deaths and 400,000 declared infections, half of them in Europe according to an AFP tally.

Many governments are listening to health experts who warn the only way to slow the epidemic — and save the lives of the elderly and vulnerable — is by imposing ‘social isolation’ measures on a population.

But Trump is not convinced the move is worth the enormous economic cost.

“A lot of people agree with me. Our country — it’s not built to shut down,” Trump told Fox News. “You can destroy a country this way by closing it down.”

He voiced hope the US would be ‘raring to go’ by Easter but said later that may just apply to some sections of the country.

But many US states have decided that the temporary pain is worth it to stem the virus. Nearly 130 million Americans, or 40 per cent of the population, are under or will soon come under some lockdown order, including in the largest state of California. — AFP