Wednesday, April 1
You are at:Home»News»CM: 7pm to 7am restriction on S’wakians extended until MCO ends on April 14 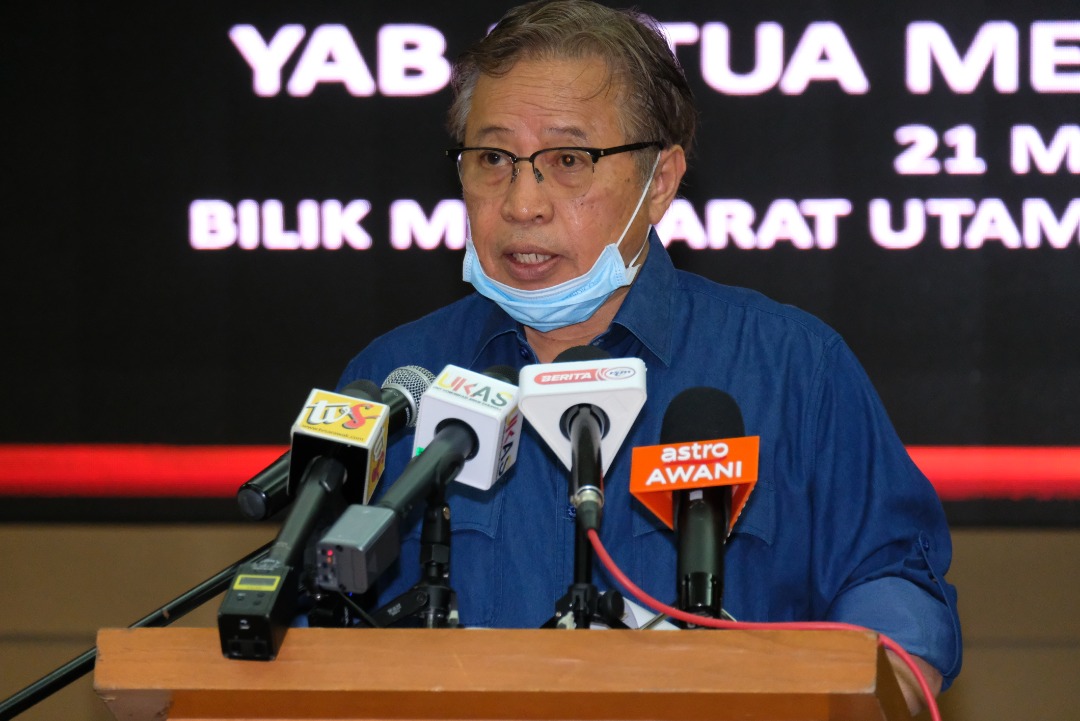 KUCHING: The State Disaster Management Committee has extended the 7pm to 7am restriction on Sarawakians until April 14 in line with the extension of the federal Movement Control Order (MCO) to curb the spread of the Covid-19 virus.

Chief Minister Datuk Patinggi Abang Johari Tun Openg announced the extension on the restriction, which requires all businesses to close and prohibits the public from venturing out of their homes, at a press conference this afternoon after chairing a state security council meeting.

He also said that the State Legislative Assembly sitting, which was initially rescheduled to April 13, would now be held on April 16.

The MCO was initially implemented until March 31, this year.

Announcing the extension of the MCO on Wednesday, Prime Minister Tan Sri Muhyiddin Yassin said there were still new Covid-19 cases being recorded.

“The trend is expected to continue for some time before the new cases will begin to decline. This requires the government to continue the MCO for a longer period of time,” he said.

As of 6pm yesterday, there were 19 deaths from Covid-19 in Malaysia and 1,796 confirmed cases.