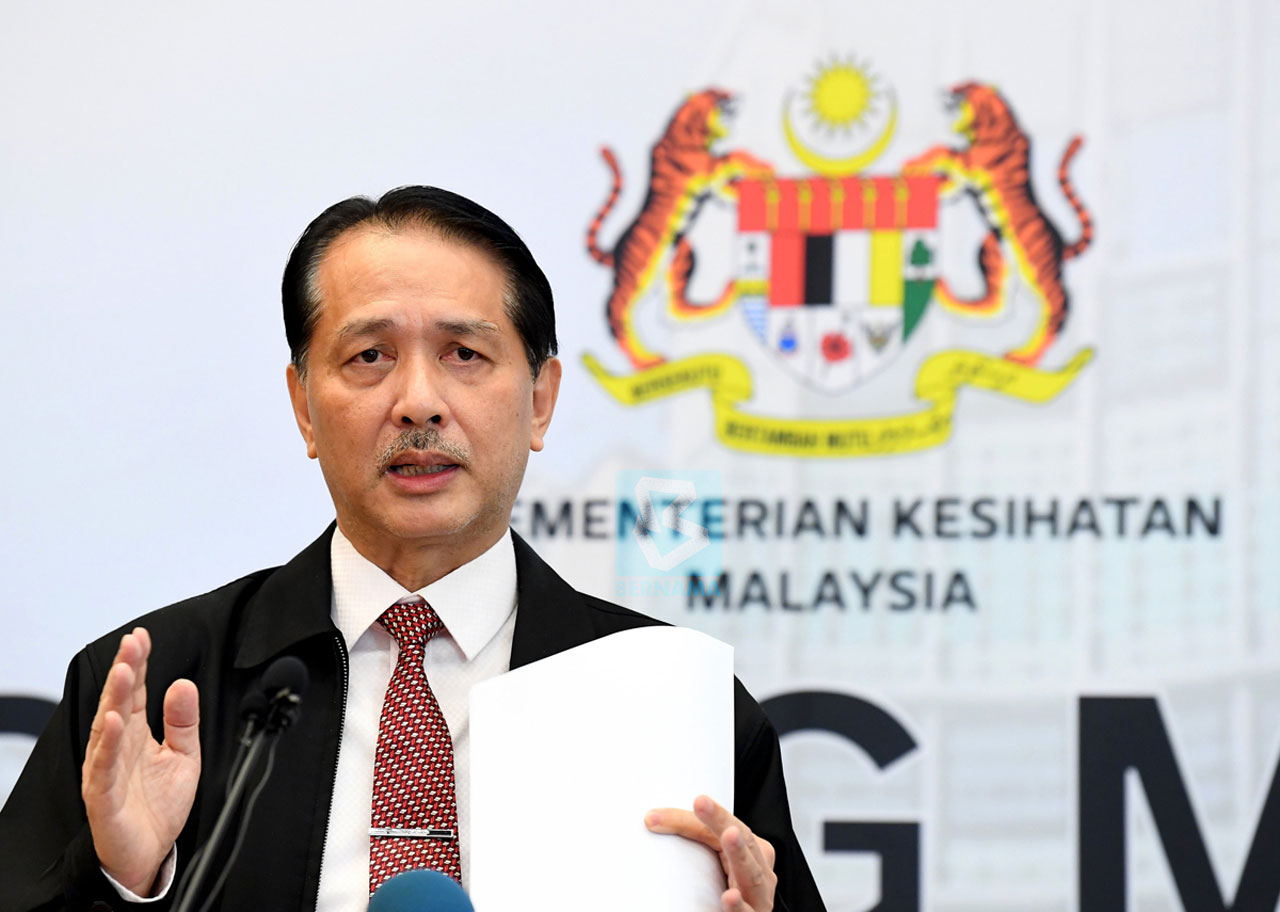 PUTRAJAYA: A total of 235 new positive Covid-19 cases were recorded in the country as at noon today, the highest daily increase to date, bringing the total to 2,031, with the death toll due to the disease stood at 23.

“The remaining 175 cases were still being investigated and are probably linked to other clusters,” he said at the daily press conference on Covid-19  here today.

According to Dr Noor Hisham, 45 of the positive Covid-19 cases were being treated in the intensive care unit (ICU) with 32 of them on ventilators.

Meanwhile, he said four more deaths due to the disease were recorded last night and early today, bringing Malaysia’s death toll to 23.

They involved four Malaysian men, aged between 48 and 76, three of whom were participants of the Sri Petaling tabligh gathering, while the other one had the history of chronic illness.

“The 22nd victim, aged 48, died at 8.15 pm on March 25 while being treated at Enche’ Besar Hajjah Khalsom Hospital in Johor, while the 23rd death involved a 62-year-old man from Kajang, Selangor. He had a history of chronic illness and was treated at Raja Perempuan Bainun Hospital in Ipoh, Perak from March 23.

“He was pronounced dead at 12.37 pm yesterday. His case was still being investigated to ascertain whether or not he was linked to any of the clusters,” he said.

“Healthcare workers will also conduct house visits for new mothers to ensure that mother and child are okay,” he said.

He also stressed that immunisation service for babies and children are also running as usual and parents are advised to follow the immunisation schedule for their children.

“The Ministry of Health would like to remind all parents of the importance of following the immunisation schedule to keep vaccine-preventable diseases from spreading,” he said. – Bernama

Previous ArticleTrust the govt to revive the country’s economy: Mustapa
Next Article Tax deductions for donations to Covid-19 funds