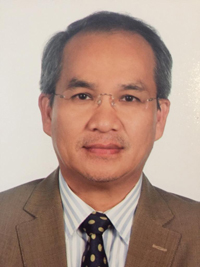 KUCHING: The National Farmers Organisation (Nafas) has been asked to release aid packages to help mitigate the impact of Covid-19.

Area Farmers Organisation (AFO) Serian chairman Senior William Rade said this would definitely go a long way to help farmers to move forward as many, especially in rural areas, are affected by the movement control order (MCO) implemented to curb the spread of Covid-19.

“On behalf of the farming communities here, I hope Nafas can consider implementing their own aid packages to assist and help these poor farmers, who are badly affected by the situation as they adhere to the government’s directive during the Covid-19 outbreak. Such assistance will help them cope with the situation,” he said in a statement.

He pointed out Nafas was established as a corporate organisation to look after the welfare of farmers and it must be seen and known to assist the government in
aiding the farming community nationwide.

Senior also said as Nafas is the parent body of the Sarawak Farmers Organisation (SFO), the bulk of Nafas’ membership is derived from Sarawak and the state is represented by a member elected to the Nafas headquarters in Kuala Lumpur.

As such, he believed an aid package by Nafas could be implemented in the state by working closely with the SFO.

“This is in order to ensure that the aid will reach the target group — the poor rural farming community, especially its registered members at the ground level.

“The SFO will work hand in hand with the respective Area Farmers Organisations in the districts to identify the farmers that are badly hit by the ongoing pandemic,” he added.

On a related matter, Senior said he welcomed the aid packages announced by the federal and state governments recently to assist those whose livelihoods have been disrupted by the Covid-19 outbreak.

He said the aid packages are very timely and would definitely, to a certain extent, help to stimulate the economy and help the target groups that really need it.

“The noble effort by the government must be complemented by all and it would be good if civil society, corporate bodies, and capable local NGOs initiate and assist to ease the burden faced by the people whose daily lives are badly affected by the crisis before the government
aid could reach them in time,” he said.