Tuesday, July 14
You are at:Home»News»Nation»Trust the govt to revive the country’s economy: Mustapa 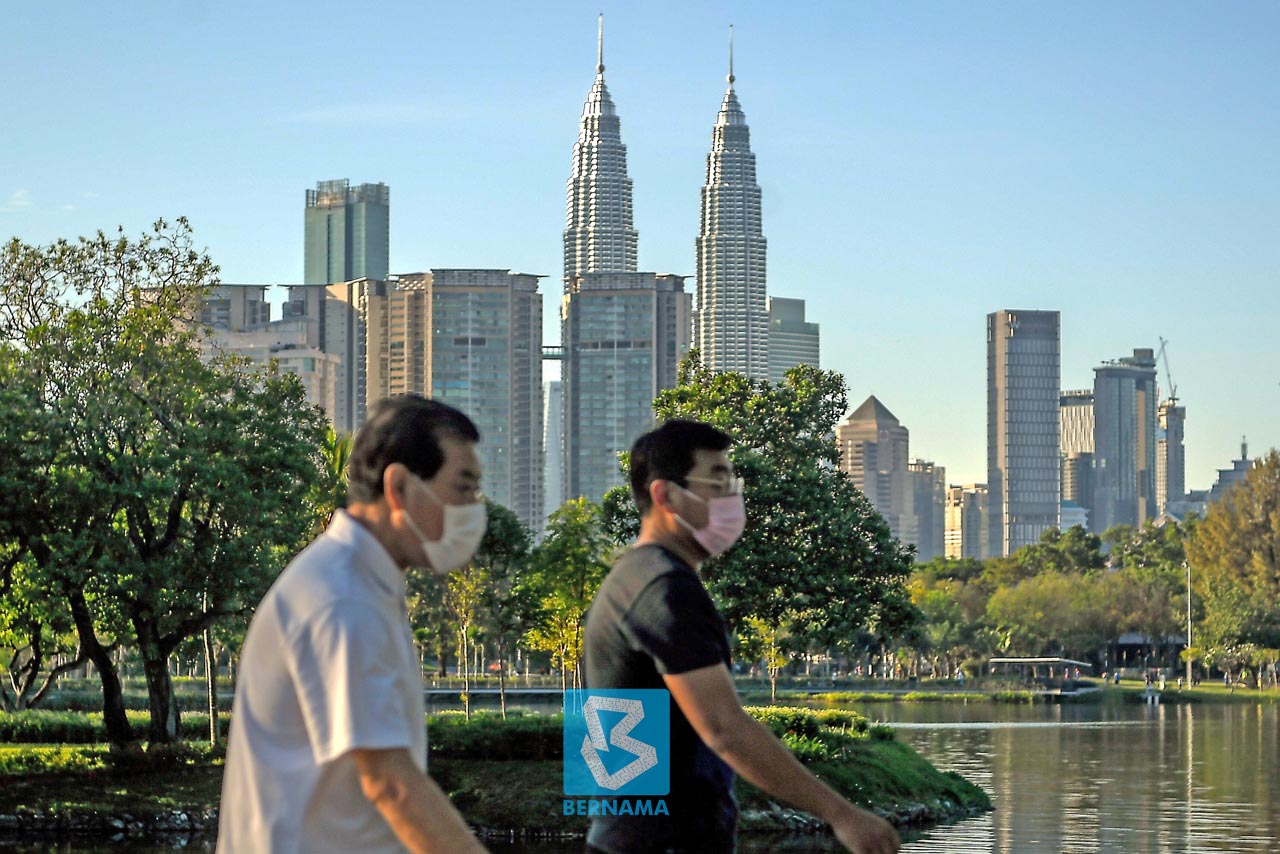 The many challenges, from economic slowdown and virus outbreak to food crisis, have provided a valuable experience that will enable Malaysia to formulate solid strategies in re-stabilising and strengthening the economy.— Bernama file photo

KUALA LUMPUR: The many challenges, from economic slowdown and virus outbreak to food crisis, have provided a valuable experience that will enable Malaysia to formulate solid strategies in re-stabilising and strengthening the economy.

Therefore, Minister in the Prime Minister’s Department (Economy) Datuk Seri Mustapa Mohamed called on the people to give their undivided trust to Prime Minister Tan Sri Muhyiddin Yassin and the government machinery, which is currently working hard to combat the spread of Covid-19 that has affected the people and the country’s economy.

“This is not the first time we are being challenged (by a crisis) and it has been proven that we (have the capability to overcome).

“We have an efficient government and a good administrative system. And if we are not fighting against each other, if we wholeheartedly focus on the efforts to revive our country, God willing we can return our nation to its former glory and ensure that at the end of the Shared Prosperity Vision 2030 period, we will be a developed nation,” Mustapa said.

He said this during Radio Televisyen Malaysia’s (RTM) Program Bicara Naratif on “The Economic Action Council: Shaping the People’s Economic Landscape” that was aired last night.

“We are fortunate that although the government is new, the prime minister has had more than 40 years of experience as a politician from deputy minister to menteri besar (chief minister) and has led various ministries such as education, agriculture, international trade and industry as well as home ministries. His experience is vast.

“So, although he has just become the prime minister, we are fortunate and grateful to be led by someone who is very matured and highly experienced in the country’s administration, including economic affairs,” Mustapa said.

He said economic recovery would take a long time due to the wide impact on various sectors, especially tourism and labour.

“We need to accept the fact that the impact is huge. During the tabling of the 2020 Budget (in October last year), the country’s economy was forecast to grow between 4.3 per cent and 4.5 per cent this year; but as we all know, that is not going to be achieved.

“The global oil price has tumbled and now hovers at between US$27 and US$28 per barrel compared to the budget’s assumption of US$62 per barrel.

“At this juncture, it is far lower and this is a challenge that the government must overcome in addition to Covid-19, along with the decline of ringgit that has been trading around RM4.40 against the US dollar, the fall of the (FTSE) Bursa Malaysia (KLCI) index to the 1,300 level and companies having to cease operations. This is an enormous challenge for the leadership,” he said.

He said the Movement Control Order (MCO) as a decisive action to control Covid-19 has also impacted the people, especially the B40 group, and according to a report from the Department of Social Welfare, several areas in Sabah have started to feel the effect.

“Those who receive daily wages, live from hand to mouth, hawk on the streets and at night markets; small and medium enterprises as well as large companies are affected,” he said.

Therefore, he expressed hope that the economic stimulus package to be announced tomorrow would involve cash handouts to ensure the people can afford basic necessities.

“I’m confident that the package to be announced on Friday is a comprehensive one and no one will be overlooked,” he said.

The current government has announced three stimulus packages — on March 16, March 23 and March 25 — to stimulate the economy and assist the people in facing the effects of Covid-19.

“Like the prime minister has emphasised, there has to be food on the table. This means ensuring the people have access to food. There are two sides to this: first, food supply and the second is income (to buy).

“So the Ministry of Domestic Trade and Consumer Affairs has the responsibility to ensure there is no delay and we hope it can be implemented well in terms of ensuring the people has income for a living. This will definitely be announced soon,” Mustapa said.

He said he is grateful that some state governments, in addition to the federal government, are taking the initiative to launch relief packages, including Sarawak (RM1.15 billion), Sabah (RM670 million) and Selangor (RM127 million).

He urged state zakat (tithe) collection centres, the private sector and individuals to also come forward by contributing in the form of cash, medical equipment or assistance to the people and frontliners. – Bernama