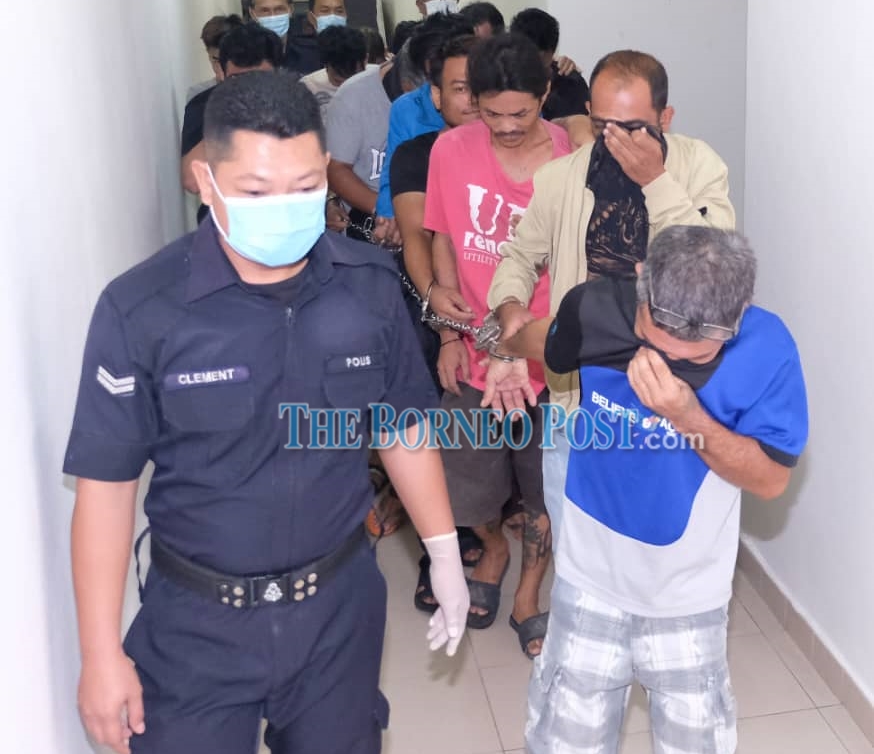 The 11 individuals accompanied are escorted by police personnel at the court. – Photo by Muhammad Rais Sanusi

KUCHING: Eleven individuals have been sentenced by the Magistrate’s Court here to three months in jail for defying the Movement Control Order (MCO) by refusing to stay at home.

Magistrate Zaiton Anuar, who meted out the sentence, also ordered the jail sentence for the accused to commence on the same day.

The accused, aged between 18 and 61, pleaded guilty when the charge was read out by a court interpreter.

Most of them were charged for leaving their homes to infected areas and failed to come up with a reasonable reason when they were outside during the MCO.

Some were arrested while police were conducting patrol and monitoring for Ops Covid-19, while others were arrested during the implementation of the Covid-19 Integrated Operations.

The offences were committed between March 26 and 28 at various places such as Jalan Matang, Jalan Batu 10, Batu Kawa, RH Plaza and Jalan Tawi Sli (Gala City).

All of the accused were unrepresented.

From 8am yesterday to 8am Monday, the number of arrests of individuals who defied the MCO increased daily whereby 67 persons were arrested throughout Sarawak within 24 hours.