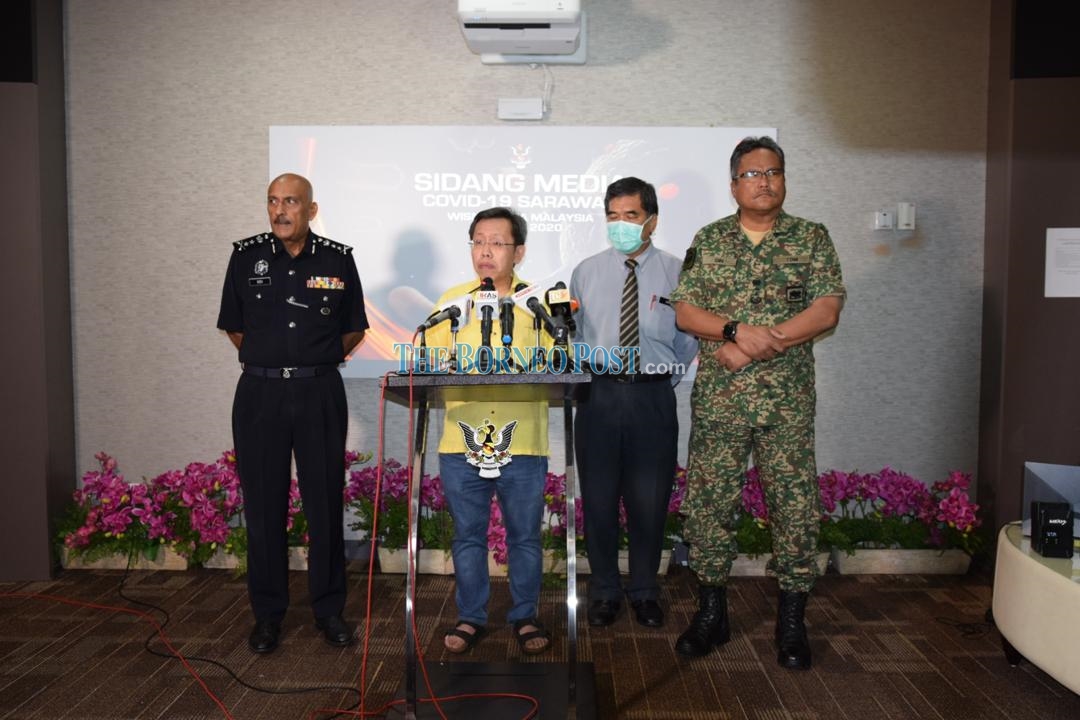 Bear with the MCO a little longer for the good of the community in Sarawak, Dr Sim said during the press conference. Photo by Roystein Emmor

KUCHING: Local Government and Housing Minister Dato Sri Dr Sim Kui Hian gave Sarawakians a grim warning, urging them to learn from Italy’s experience with the Covid-19 outbreak after the death toll in the country surged past 11,000.

He said the number of Covid-19 deaths in Italy rose drastically from 17 deaths in February to almost 10,000 deaths a month later due to the country’s apparent hesitation to implement lockdown measures.

“When Italy wanted to ban any movement inside the country, there were protests from its citizens.

“We don’t want Sarawak to follow Italy’s path and that is why the government has decided to enforce the Movement Control Order (MCO),” he told a press conference at Wisma Bapa Malaysia here today.

The number of infections in Italy now stands above 101,000.

He urged Sarawakians to cooperate with the government by staying at home and minimising unnecessary travel.

“If people continue to move around, then you will see that the number of Covid-19 cases will start increasing.

“We want Sarawak to flatten the curve and so these few weeks of MCO, although it is very inconvenient, it is only temporary.

“If we can get this under control for the next two to three weeks, we can go back to our normal lives sooner,” he stressed.

On a related issue, Dr Sim said the police in Sarawak have arrested 276 people for defying the MCO between March 18 to 31.

He said 83 have since been charged in court whereas 63 pleaded guilty.