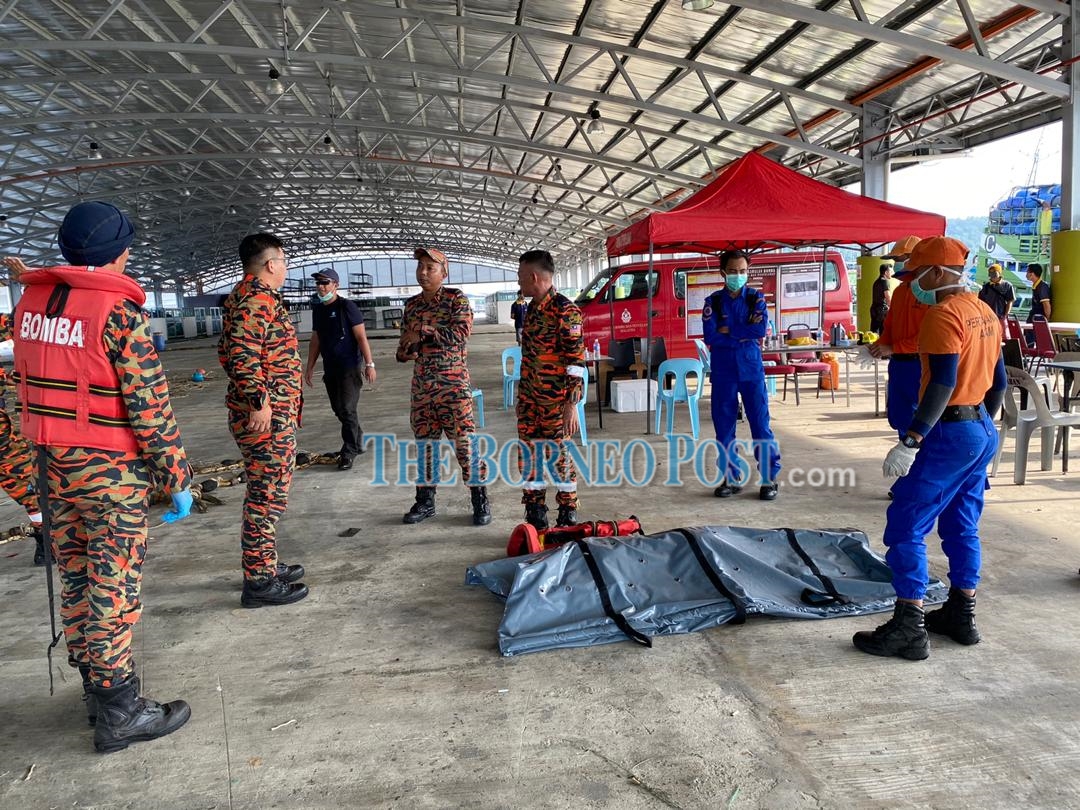 The deceased’s body is being covered while waiting to be transported to the hospital’s morgue.

KUCHING: The body of a man who was found floating in a river at Tanjung Bako this morning has been identified as the missing Thai national who fell off a fishing vessel on March 30.

Fire and Rescue Department (Bomba) in a press statement said the body was found by a group of fishermen around 7.30am some 100 metres away from their operation post at the Malaysian Fisheries Development Authority (LKIM) jetty.

The deceased has been identified as 40-year-old Akson Daengprasert by his employer at the jetty. He was reported to be missing at around 6pm on March 30.

His body has since been transferred to the Sarawak General Hospital’s morgue for further action.

The Search and Rescue operation was participated by the Bomba Sarawak K9 unit, police, Civil Defence Force and six personnel from LKIM.