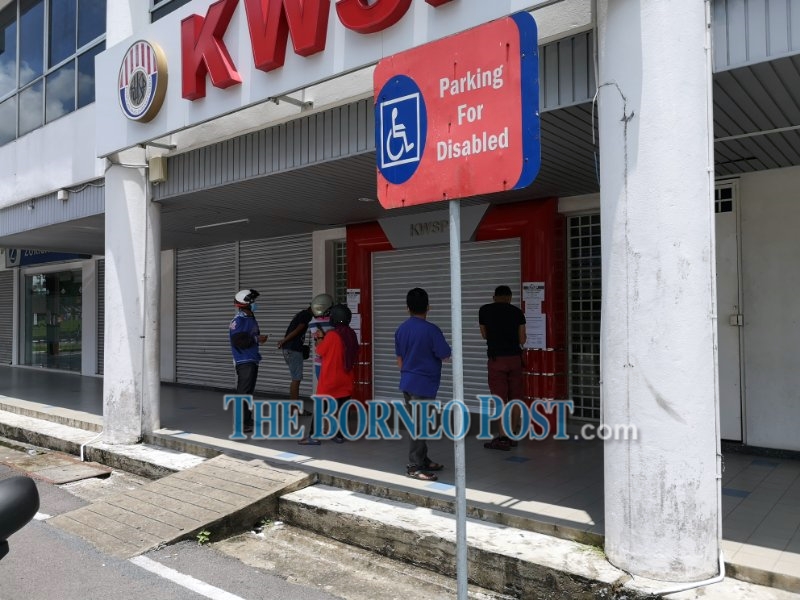 Some of the people who turned up at the EPF office at Jalan Kampong Dato in Sibu today.

SIBU: Several people who went to the Employee Provident Fund (EPF) office at Jalan Kampong Dato, here to withdraw their money from their account under the i-Lestari withdrawal scheme this morning were disappointed and returned home empty-handed after the office was closed in line with the Movement Control Order (MCO).

A notice pasted on the front door of the EPF stated the office was closed in line with the Movement Control Order (MCO) from March 18 to 31.

Another notice was also seen informing the people that the closure is extended to April 14. 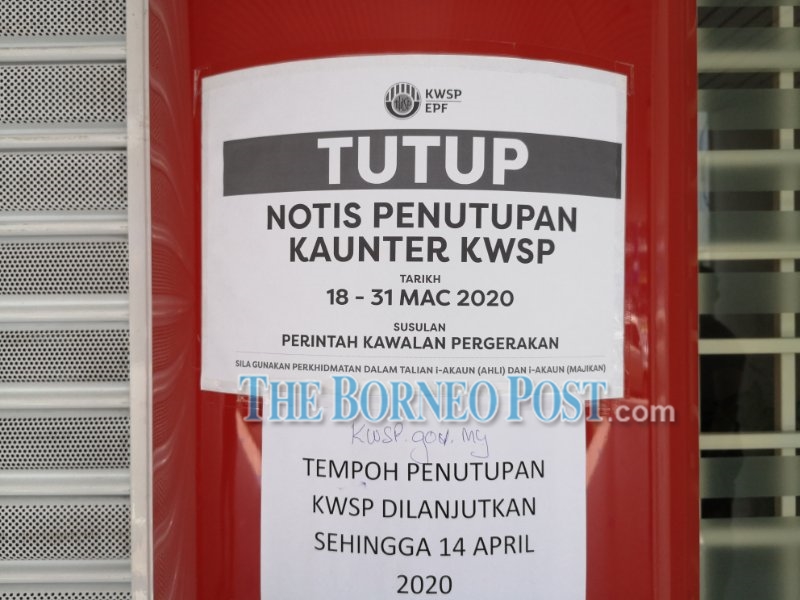 The notices pasted on the front door of EPF office.

Prime Minister Tan Sri Muhyiddin Yassin announced on March 23 that EPF contributors can apply to withdraw RM500 from Account II of their savings for a period of 12 months starting from April 1 this year.

He said the initiative was aimed at allowing workers to have more money in their pockets to buy everyday necessities.

Lanang MP Alice Lau, when contacted, said many people who went to the EPF office this morning were apparently not aware that the office was closed.

She suggested the contributors to withdraw their money by applying through EPF’s website instead.

She said she has also been helping the people to apply for their Bantuan Prihatin Nasional (BPN) since this morning.

“However, it’s just so difficult to get through the website,” she added.