Wednesday, May 18
You are at:Home»News»Crime»3 men carrying drugs, toy gun and ‘Pennywise’ clown mask cornered by police after car chase in Kuching 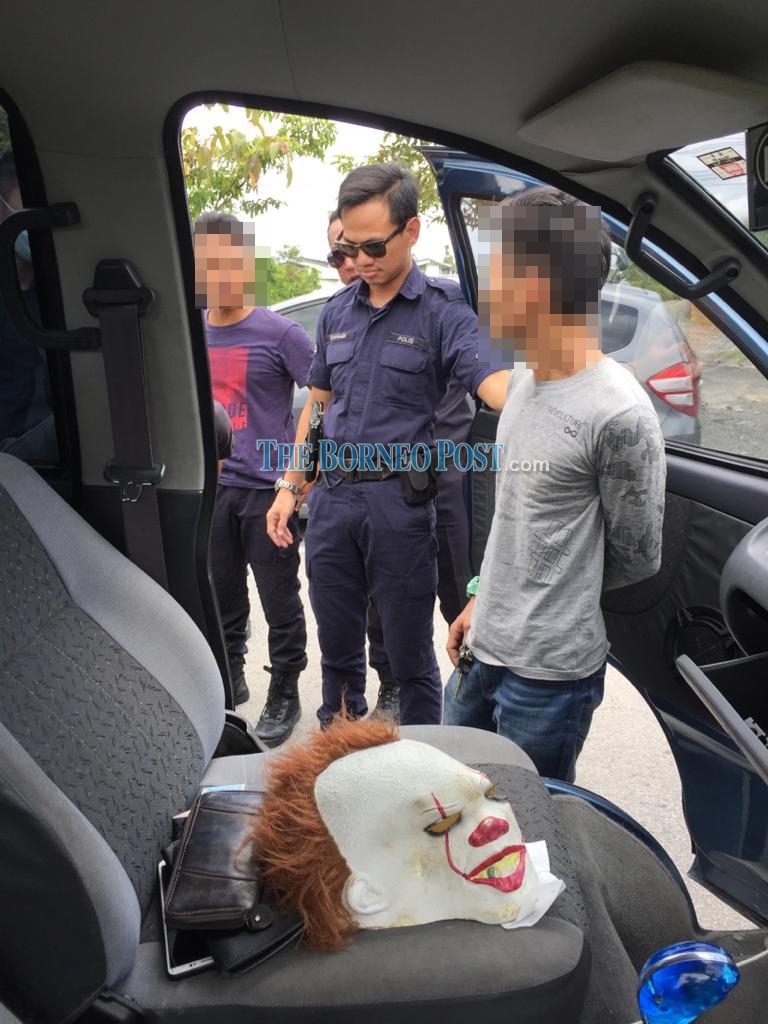 Police apprehended the men and found the suspicious items after a high speed chase.

KUCHING: Three male suspects carrying drugs, a toy gun and a clown mask were apprehended by the police at a roadside at Jalan Depo after leading them on a high speed chase from Jalan Central Timur at around 1.10pm today.

“The suspects were acting suspiciously when they were spotted by a police patrol who tried to flag down their vehicle to conduct a check,” said Awang Din when contacted today.

However, the suspects sped away in their vehicle instead, which led to a chase that nearly ended in a collision with a back-up police vehicle at Jalan Tun Abdul Rahman Yaakub. 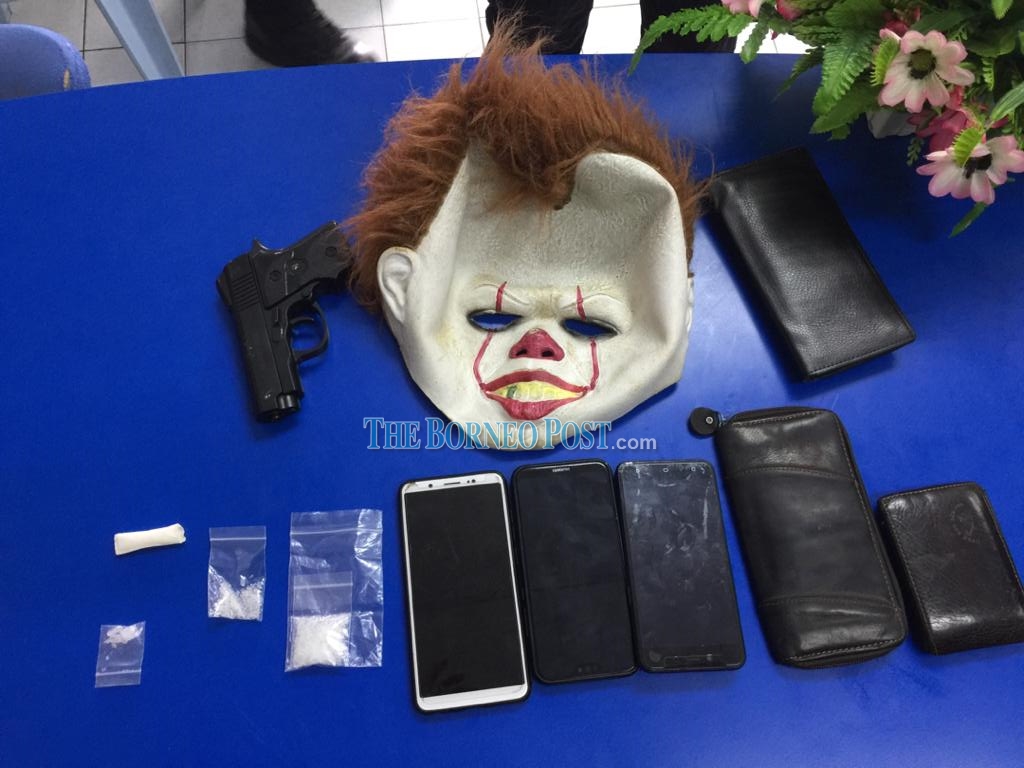 The items which were seized from the suspects.

Awang Din said police finally managed to block the suspect’s vehicle at Jalan Depo, resulting in them exiting the vehicle and attempting to escape on foot.

“One of the suspects threw a bag on the ground as he tried to evade arrest. As soon as they were arrested, police found four packets of drugs believed to be syabu (methamphetamine) inside the bag,” he added.

Inside the vehicle, police found a clown mask modeled after ‘Pennywise the Clown’ from Stephen King’s novel ‘It’ and a toy pistol.

All three are being investigated under the Prevention and Control of Infectious Diseases (Measures within the local Infected Areas) Regulations 2020 and the Dangerous Drugs Act 1952.

He also revealed that the suspects have a past criminal record for drugs and other criminal offences.