Thursday, August 6
You are at:Home»News»‘Extrameal Bintulu’ pushes on with food distribution to poor 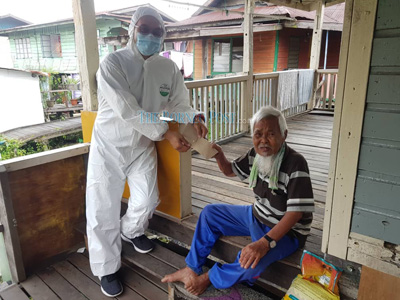 Ngu (left) presents the aid to a senior citizen. 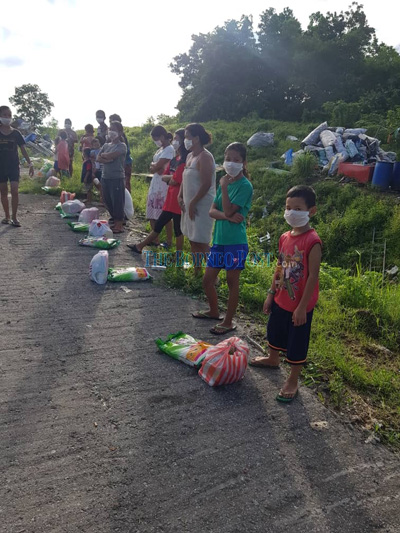 People from a squatter area receiving aid from Extrameal Bintulu.

BINTULU: ‘Extrameal Bintulu’ presses on with its effort to distribute food and other essential items to the needy during this period of movement control order (MCO) that was enforced on March 18.

Its founder Francis Ngu told The Borneo Post that they are now focusing on helping the less fortunate families who have been left out from the list of recipients of aid from the Welfare Department (JKM).

“We hope the government will not forget this group, for example those at the dumping site because they have lost their source of income due to the Covid-19 pandemic since no one is buying recyclable materials from them,” he said.

Ngu pointed out that they managed to collect food and other essential goods from concerned citizens which were later distributed to those who really needed help during this trying time.

According to him, from the latest information that Extrameal Bintulu received, some people, mostly those staying at Sg Plan and Sg Sebatang squatter area, have lost their jobs.

“In the meantime, we also hope the government can give more freedom to non-governmental organisations to help the people who are not entitled for JKM or Baitulmal assistance with a minimum of two people to distribute the goods,” he said.

Ngu said so far more than 300 families who were not in the JKM list had received assistance from Extrameal Bintulu, mostly those renting at Kampung Dato, Kpg Sinong, Kpg Masjid and Kpg Baru.

Ngu added apart from giving out food items, they also distributed free masks to those going to the polyclinic or hospital and free drinks in the morning to Food Panda and Food Grab riders.

When asked on how they coped with the MCO and the restrictions enforced by the government to avoid direct contact with each other, Ngu said it was really challenging.

“In the first week of MCO we only focused on the local people in Bintulu such as vegetable and kuih sellers including daily-paid workers as they needed help,” he said.

Ngu added he had to drive alone while complying with the MCO to distribute the essential goods to senior citizens and disabled people (OKU) outside the town area, like in Jepak.

“In the second week, since most families got paid, we then focused our aid distribution on the senior citizens and OKU people,” he said.

Extrameal Bintulu was founded by Ngu about five years ago. Ngu’s charity works transcend boundaries of race and religion as help would be given to any needy group.