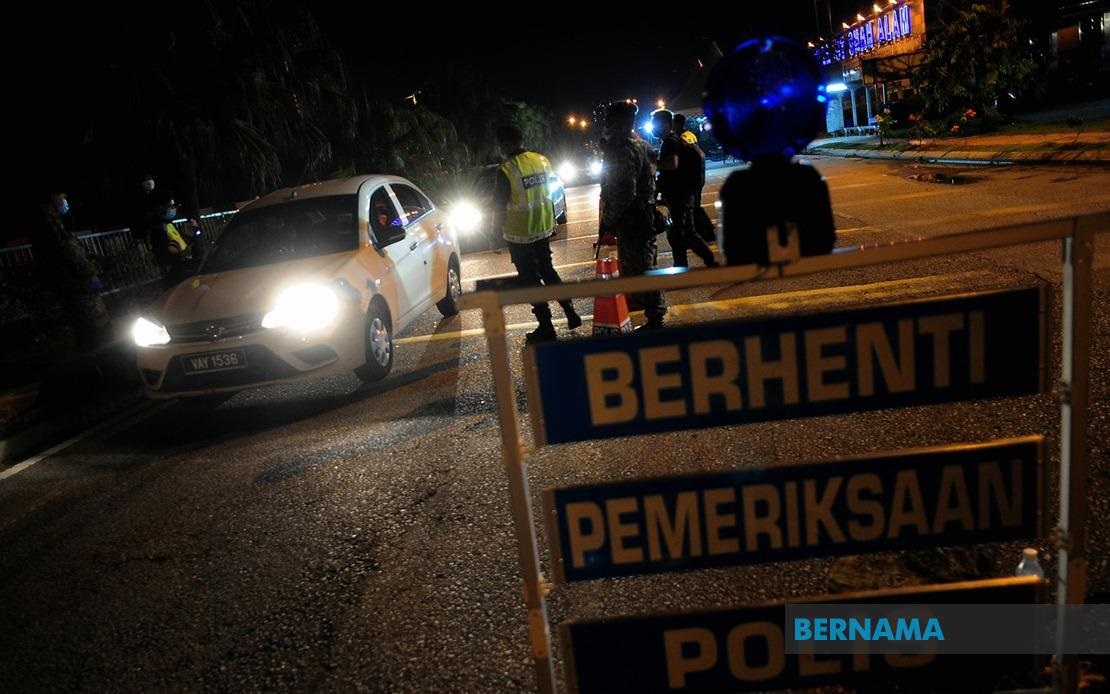 He said despite the drop in the number of people detained during roadblocks and inspections, there were still many who refuse to adhere to the MCO directives.

“At first, the police enforcement was done in the soft and advisory mode, then it changed into the stern mode and now it has entered the harsh mode. So, I hope the people will adhere to the MCO,” he told a press conference after the meeting of the Special Ministerial Committee on the MCO here today.

On the outcome of police enforcement so far, Ismail Sabri, who is also Defence Minister, said 562 individuals were arrested yesterday compared to 583 on the previous day, which showed a slight drop in the number of arrests made during the MCO.

“If this 3.6 per cent drop reflects the public compliance with the MCO, then it is a good thing. The government has been waiting for this as it also shows that the people have finally come to their senses and understand their responsibility to obey all instructions issued by the government,” he said.

The minister also said that 4,189 people have been arrested since the MCO was implemented on March 18, of whom 1,449 had been charged in court, mostly for obstructing public officers from discharging their duties.

A total of 687 roadblocks were mounted nationwide yesterday, which saw 380,342 vehicles inspected, besides the inspections of 3,791 business premises.

Meanwhile, when asked whether the government would further extend the MCO when it ends on April 14, Ismail Sabri said the matter would be discussed in detail with the Ministry of Health (MOH) first by taking into account the current situation and the number of positive Covid-19 cases.

He said the number of people refusing to obey the MCO would also be taken into consideration in making the decision to further extend the MCO period.

“Alhamdulillah, based on MOH report, the Covid-19 infection curve is not going upward but is still flattening,” he said.

The MCO, which was first implemented for two weeks from March 18 to 31, has been extended for another two weeks until April 14 with stricter operating procedures in a bid to break the chain of Covid-19 infection in the country. – Bernama

Previous ArticleMinistry rebranded as Environment and Water Ministry
Next Article Ramadan bazaars: On or off will depend on MOH’s stance