Thursday, October 22
You are at:Home»News»Sarawak»Minister: All 82 state constituencies have received food aid 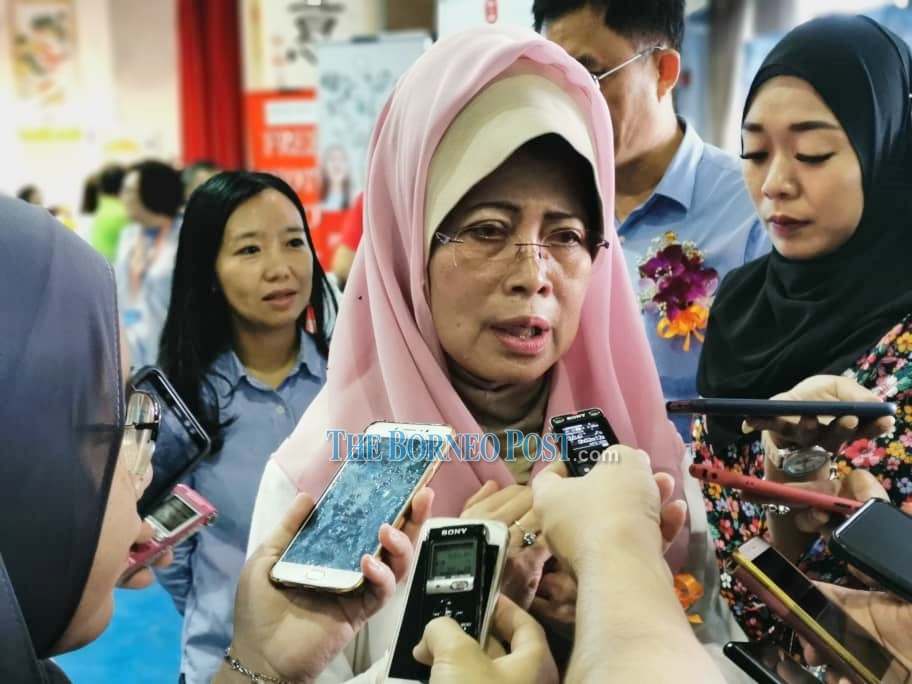 KUCHING: A total of 444,329 households in all the 82 state constituencies across Sarawak have benefitted from the State Food Aid totalling RM16.4 million announced by Chief Minister Datuk Patinggi Abang Johari Tun Openg on March 29.

Minister of Welfare, Community Wellbeing, Women, Family and Childhood Development Dato Sri Fatimah Abdullah said the District Disaster Committee or Service Centre of all the 82 constituencies had ordered the food essentials as at 6am yesterday.

“Delivery of food supply has started in 67 constituencies, six of which comprising 2,868 households will require helicopter services for the delivery to be done,” she said in a statement issued from home.

She added that the helicopter delivery service would begin today (April 5).

According to her, the ministry has received new request for chopper deliver service in the Baleh constituency involving 250 households including in Long Singut, Long Unai, Long Busang and Sang Anau.

She said the Kapit Resident would submit all details required to the Secretariat for further action.

“On April 4, finally the green light, protocol, SOP with regards to helicopter service was settled. The whole operation is mind boggling, pick up point, drop off point (latitude, longitudinal and location), heli landing pad, weightage of the food essentials, disinfection process, fuel and refuelling for trips made, weather conditions, safety are of paramount consideration.

“Now that we have two sources of heli, the transportation of food by heli (God willing) can be completed in four days,” said Fatimah.

She said the first helicopter delivery service will commence from Miri and to be witnessed by the chief minister.

During the March 29 announcement, Abang Johari said the RM16.4 million Aid was to ensure that ‘there is food on the table’ especially for those worst hit by the movement control order (MCO). The food supply chain committee is headed by Deputy Chief Minister Datuk Amar Awang Tengah Ali Hasan who is also working from home due to the Home Quarantine Order by State Health Department after one of those present in the committee’s initial meeting was tested positive for Covid-19.