Friday, August 12
You are at:Home»News»Sibu folks queue at BSN Sibu as BPN payouts roll out 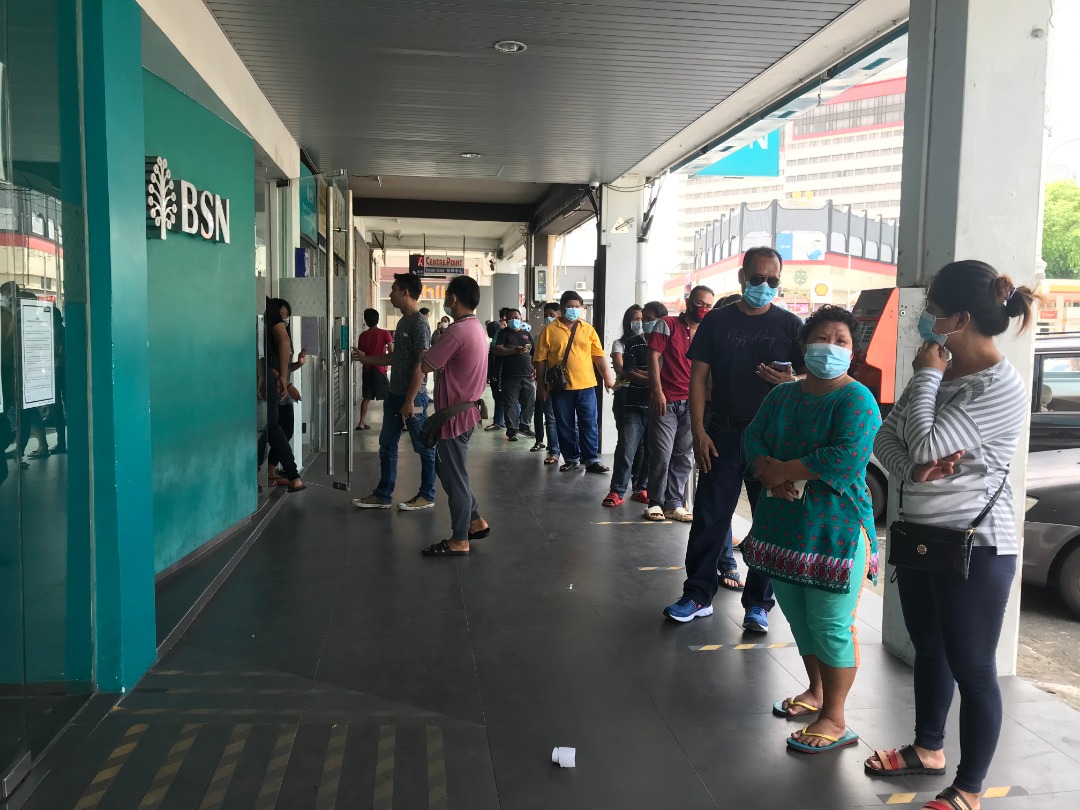 SIBU: Many people were seen queuing up at Bank Simpanan Nasional (BSN) Sibu branch today following the announcement that the first phase of the Bantuan Prihatin Nasional (BPN) payouts would be credited starting today until April 15.

Tailor Jessie Atun, 42, said she and her mother Gading Merayang, 72 were both eligible to receive BPN.

“Both of us are eligible for BPN. We really thank the government for this assistance. This morning, I am just accompanying my mother to re-apply for her ATM card because she lost her card,” she said.

Jessie, who is a single mother, was eligible to receive RM1,600 assistance while her mother, a widower, also received the same amount.

Jessie (right) with her mother Gading waiting outside BSN.

According to Jessie, she started her tailoring business about four years ago. Her business was hit hard since the Movement Control Order (MCO) started.

Not being able to operate her business, Jessie said she could only pay her two workers half a month’s worth of salary each last month.

“I’ve discussed this with my workers, and they all agreed with this arrangement. I cannot afford to pay them the full month because I have to pay for rent and other things,” she said.

She added that to ease her workers, she gave some assistance in terms of food supply during the MCO.

She also said that she was grateful with the tenant as she only had to pay half of the rental price for last month to ease her financial burden due to the MCO.

Meanwhile, some information gleaned from the bank noted that most people that came to the bank this morning did not have online banking and came to check whether the fund was already in the bank as well as to apply for the ATM card.

The branch also took precautionary measure during this time such as urging all members of the public to practise social distancing while waiting for their turn and only allowing five people to enter the bank at a time.