Monday, February 6
You are at:Home»News»Dr Annuar denies controlling funds, provisions for Sibu folk under MCO
For the freshest news, join The Borneo Post's Telegram Channel and The Borneo Post on Newswav. 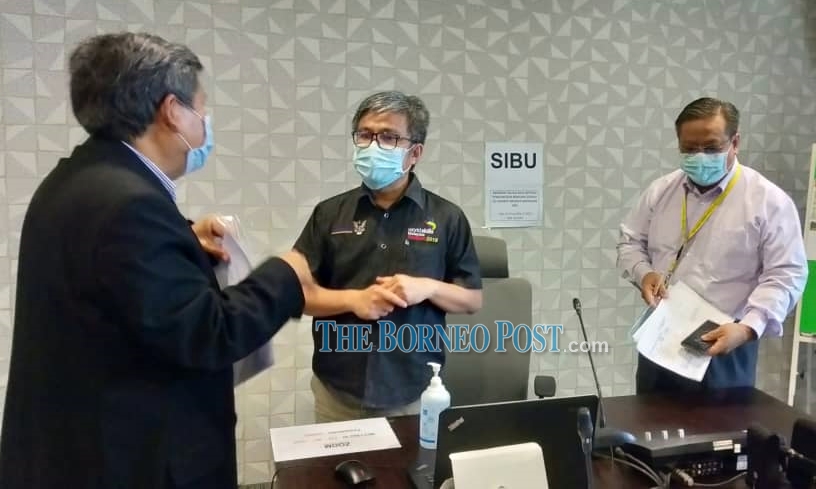 SIBU: Assistant Minister of Education, Science and Technological Research Dr Annuar Rapaee has refuted claims on a blog that all funds for the Covid-19 effort in Sibu under the Movement Control Order had to go through him.

Referring to an article on Sarawak Report (SR) entitled “MONSTROUS! -How Sarawak’s GPS Have Played Politics With Hunger” which was published on April 5, he also denied that provisions for the people in need in Sibu’s five state seats were placed under him.

“Whatever related documents, purchase of supplies and all are done by the committee, l only monitor to ensure that all the assistance reaches the recipients,” he told a press conference here.

The Nangka assemblyman said that in fact, help had begun to be channelled to recipients starting yesterday, regardless of which political party represented their constituency.

He added that to ensure that no one in Sibu who are in need of help were left out during the MCO, a WhatsApp group had been set up by him that includes Bukit Assek assemblyman Irene Chang, Pelawan assemblyman David Wong, Sibu MP Oscar Ling, Lanang MP Alice Lau, Julau MP Larry Sng and Selangau MP Baru Bian.

“Everyday l update all information regarding the distribution assistance in the WhatsApp group,” he said, calling a stop to politicking in the current situation facing the country.

Dr Annuar also said SDDMC had set up its own WhatsApp group for a more systematic distribution of aid to the needy.

He said a total of 1,671 applications for aid were received by the group on Sunday (April 5) and 635 applications yesterday (April 6), and have so far sent aid to 357 recipients.

He said the number does not include aid for recipients in the longhouse areas which will be delivered soon.