Thursday, September 23
You are at:Home»News»Ecuador city runs out of coffins 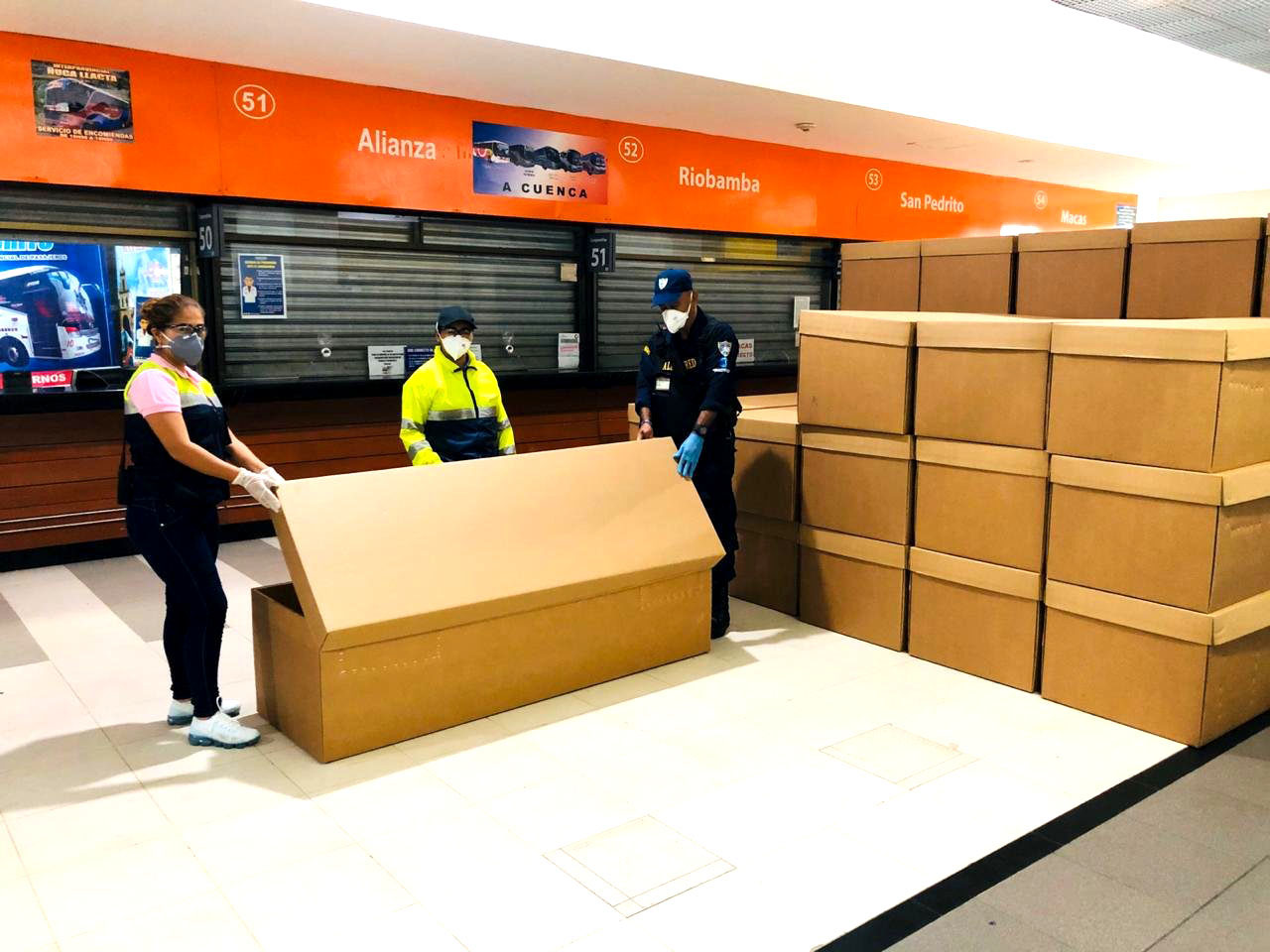 Employees with a donation of cardboard coffins in Guayaquil, Ecuador. — AFP photo

Authorities in the Pacific port city said they had received a donation of 1,000 pressed cardboard caskets from local producers, and delivered them for use in two local cemeteries.

“It’s so they can meet demand,” a city hall spokesman told AFP. “There are either no coffins in the city or they are extremely expensive.”

Businessman Santiago Olivares, who owns a chain of funeral homes, said his company was unable to keep up with demand.

“I sold the 40 that I had at the downtown branch, and 40 others from my headquarters. I had to order 10 more at the weekend and they’ve run out,” Olivares told AFP.

The cheapest coffins currently cost around US$400.

Olivares said a 15-hour curfew in the city was contributing to the shortage of basic raw materials for coffin makers like wood and metal. Last week, residents posted videos on social media showing abandoned bodies in the streets in the Latin American city worst hit by the pandemic.

The government called in troops to pick up 150 corpses from streets and homes earlier this week after mortuary workers in the city were unable to keep up with a backlog of removals.

The cardboard coffins “will be a great help in providing a dignified burial for people who died during this health emergency,” the Guayaquil mayor’s office wrote on Twitter.

Ecuador reported 3,646 cases of the coronavirus on Sunday, including 180 deaths, the majority of them occurring in Guayaquil and its surrounding province of Guayas. — AFP