Wednesday, October 27
You are at:Home»News»Long queues at BSN Satok as first phase of Prihatin aid is distributed 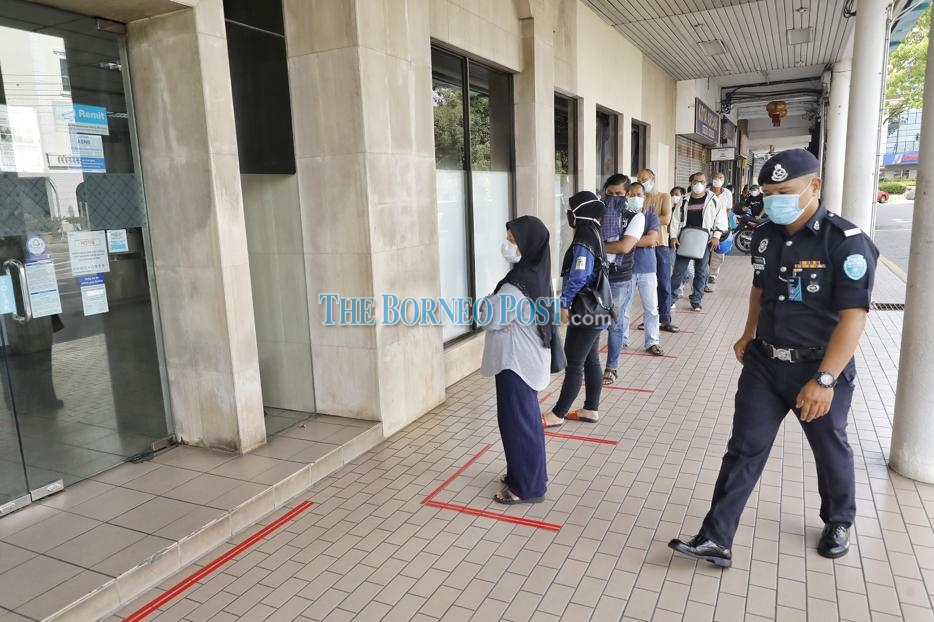 Members of the public seen queuing in front of the BSN Satok branch today. Photo by Chimon Upon

KUCHING: The first phase of payment of the Bantuan Prihatin Nasional (BPN) aid which began yesterday saw the Bank Simpanan Nasional (BSN) Satok branch packed with people, especially those from the B40 income group.

A visit by The Borneo Post’s sister paper Utusan Borneo today found that the public had started queueing in front of the premises as early as 8am while waiting for the premise to open at 10am for a check at the bank’s ATM machine and counter.

According to Hasli Rosli, 35, from Batu Kawa, he had arrived as early as 8am earlier in the day only to find that a long queue had already formed outside of the bank.

“I’m here (BSN Satok Branch) to replace my father’s damaged ATM card as my father qualified as a BPN applicant for RM1,600 and as such I had to arrange for an ATM card to enable my father to make withdrawals at any ATM machine later,” he added. 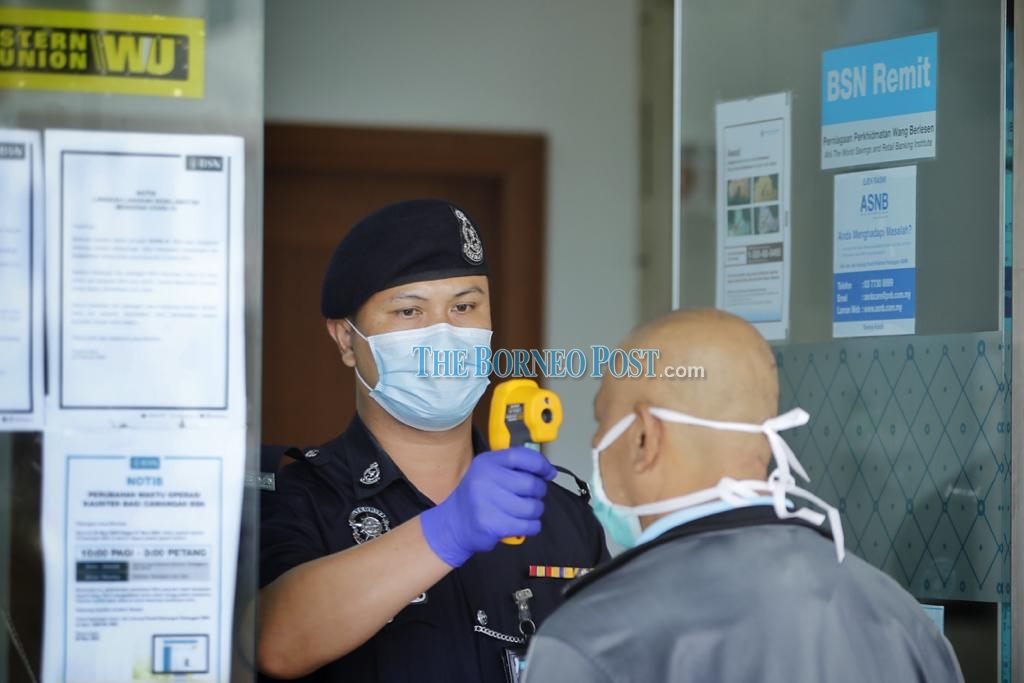 An auxiliary officer checks the temperature of a visitor to the bank. Photo by Chimon Upon

Sahab Morni, 60, who also came early in the morning to avoid the crowds, explained that he needed to check a few details and information regarding the BPN aid he said he was entitled to receive.

“BPN is very important for me to continue to support my family while not working during the Movement Control Order (MCO). With this money, it has lessened my burden of buying kitchen necessities,” he said.

Sahab said that he was thankful to the government for the aid.

BSN has recently advised members of the public only to visit their branches when necessary and to also practise social distancing when there.