Sunday, May 9
You are at:Home»News»SGH receives intubation boxes from charity project 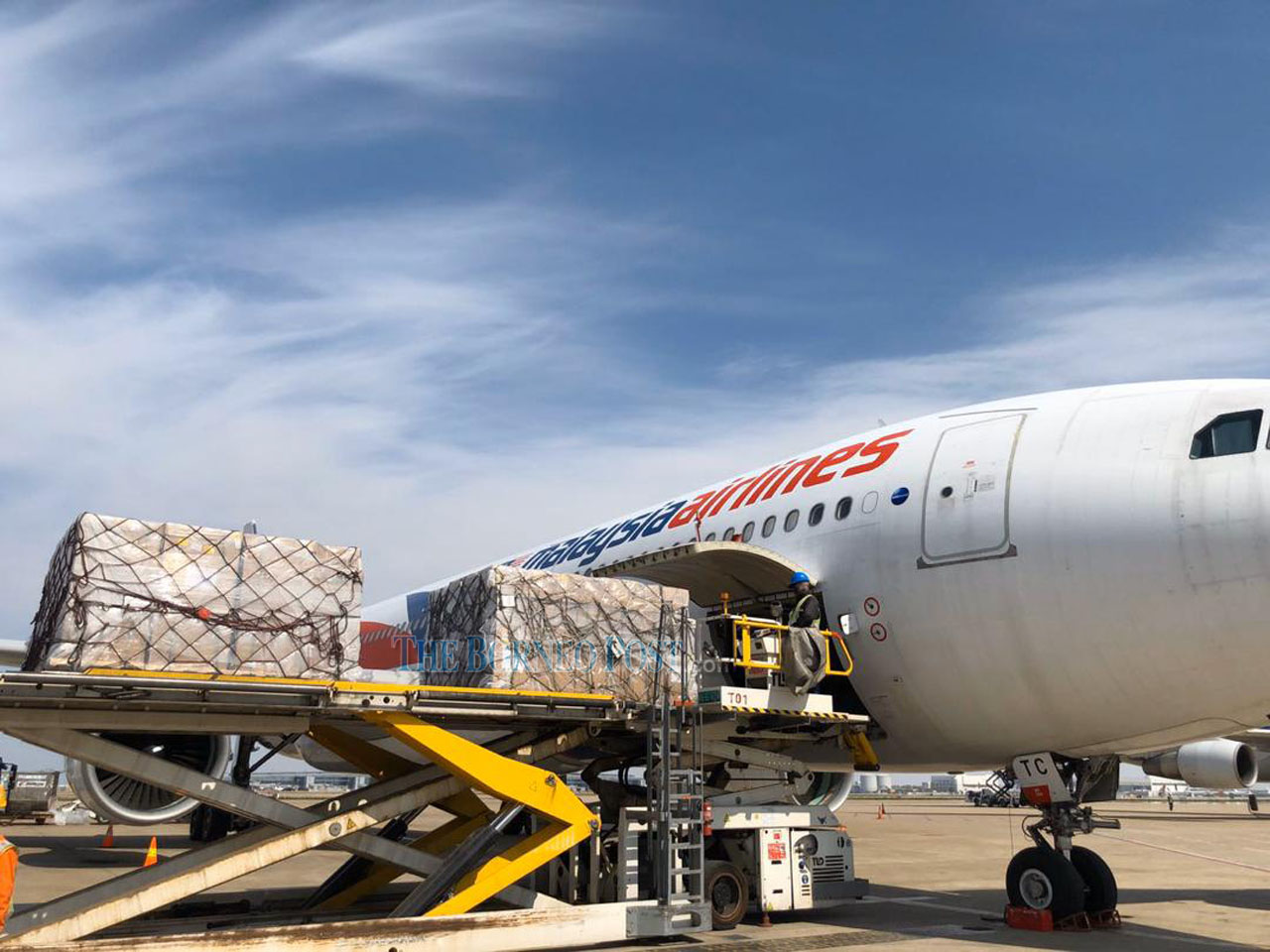 The intubation boxes are uploaded into MASkargo aircraft. 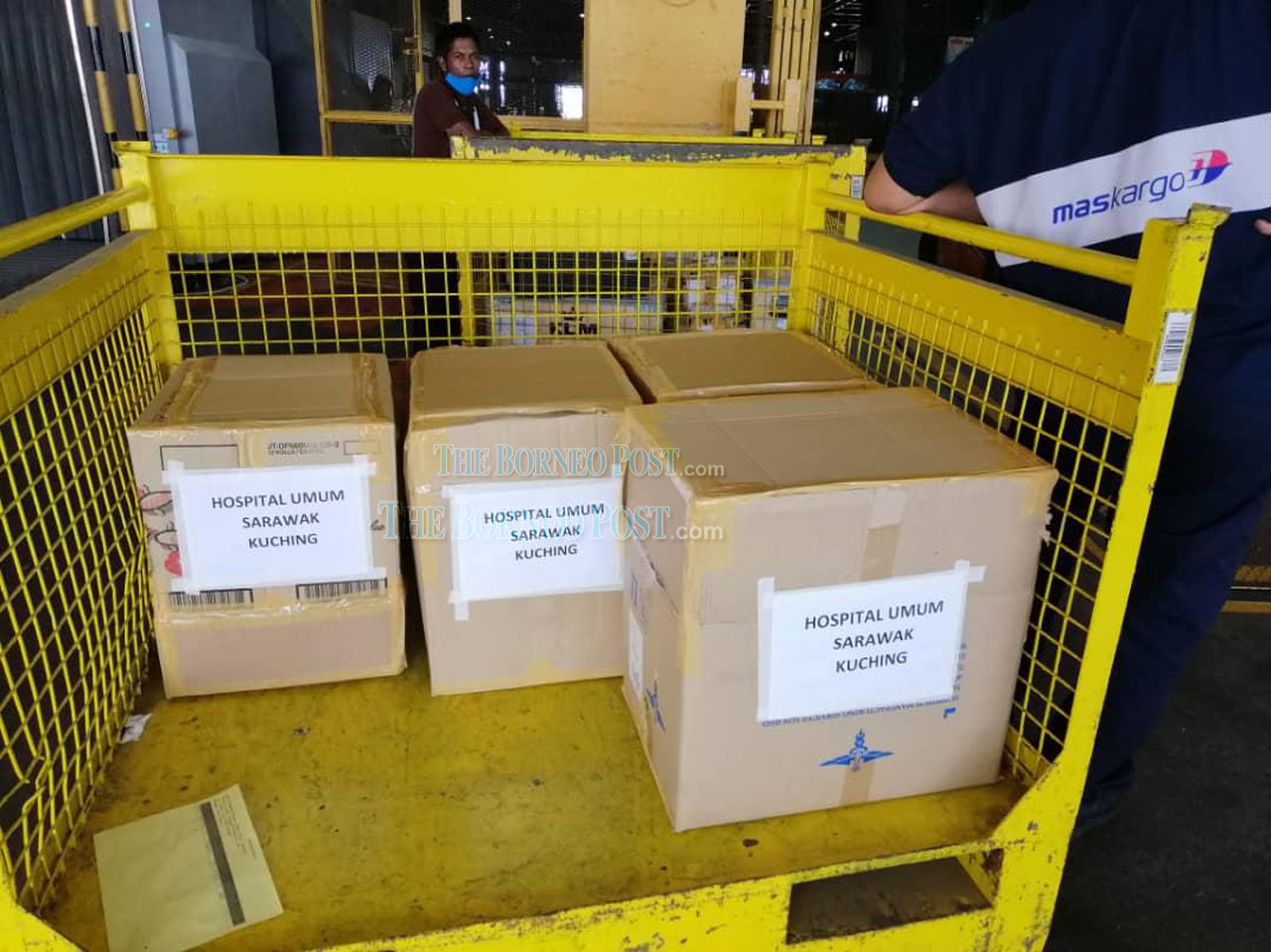 Some of the cargo to be sent to SGH Kuching.

MAB Kargo Sdn Bhd (MASkargo) in a statement issued yesterday said it assisted the charity project to load the cargo containing these intubation boxes meant for frontliners in government hospitals in Malaysia dealing with Covid-19 patients.

MASkargo chief executive officer Ibrahim Mohamed Salleh in the statement said the shipment is the result of an initiative called The Acrylic Intubation Box Charity Project by a group of anaesthetist doctors at the KPJ Rawang Specialist Hospital.

“The doctors developed a great initiative but they had problems with delivery due to the Movement Control Order (MCO) imposed.

“They approached MASkargo for assistance to send the 14 pieces of intubation boxes to Kota Bharu, Johor Bahru, Kuching and Kota Kinabalu.

“As we operate to these airports, we agreed to fly the goods as part of our corporate social responsibility efforts,” said Ibrahim.

The boxes for Johor, Sabah and Sarawak were flown on April 3 while the balance for Kelantan was shipped the following day.

Meanwhile, on behalf of the team, project leader Dr Kamal Bashar Abu Bakar expressed their sincere thanks to the management of MASkargo and Malaysia Airlines Berhad for their support and contribution in making this project a success.

“The main objective of this project is to support government hospitals in times of crisis. The Covid-19 outbreak in Malaysia is one such situation and the project team is assisting in the facilitation of patients,” he said.

On another note, the statement also mentioned that 94 units of ventilators arrived safely on Sunday on board flight MH389 which landed in Kuala Lumpur International Airport at 9pm.

These ventilators will be distributed to the Covid-19 hospitals throughout the country.

“We’d like to thank all donors and NGOs for their contributions which we are managing or flying in. The team at Malaysia Aviation Group is working hard for your well-being, so please stay at home for all of us,” concluded the statement from  MASkargo.

Previous ArticleEcuador city runs out of coffins
Next Article 20,000 quarantined, search for tens of thousands more