Thursday, December 8
You are at:Home»News»Sabah»Four caught singing at karaoke outlet 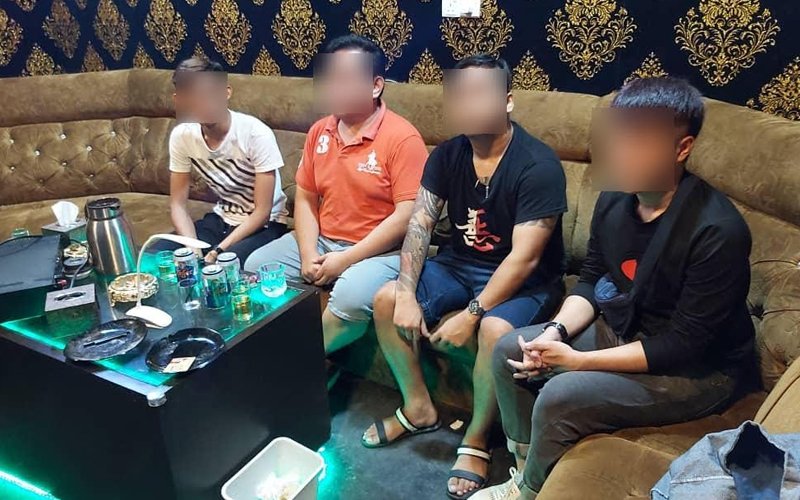 The four men caught singing at a karaoke outlet in Penampang on Monday night.

PENAMPANG: Four men were detained by police for violating the Movement Control Order (MCO) by singing at a karaoke outlet at Towering in Penampang on Monday night.

One of the men was the shop owner who was operating the establishment without a business licence.

Penampang police chief Mohd Haris Ibrahim said a patrol police team heard noises coming from one of the outlets in the area at 9.50pm.

“The team went to check and found the music blaring and the men singing away in one of the rooms.

“They were arrested for violating the MCO,” he said, adding that police also seized the karaoke system and RM1,300.