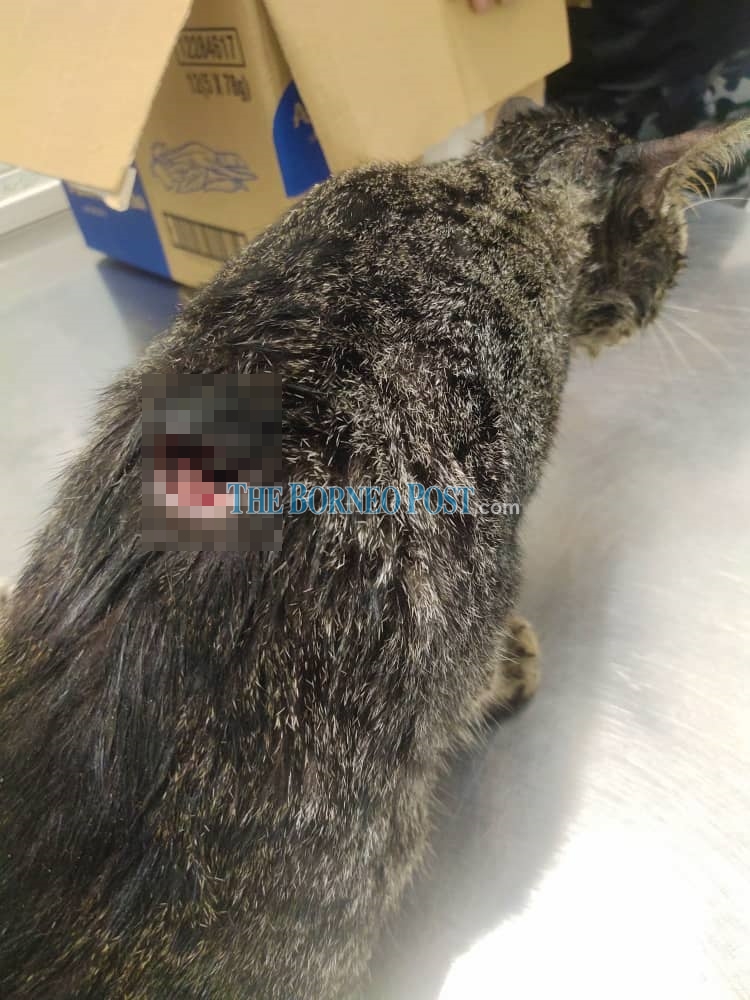 The cat suffered serious injuries to its back and spine in the attack.

BINTULU: A man was fined RM4,000 in default of six-months imprisonment by the Magistrate’s Court here today for committing mischief by maiming a male cat.

Judge Zuraini Ali Musa, meted out the fine to Fung Kuot Yaw, 57, who pleaded guilty to the charge. He paid the fine.

The accused, who was unrepresented, was charged under Section 428 of the Penal Code.

He committed the offence at an apartment at about 7pm on April 6.

The offence provides imprisonment of up to three years or fine or both, upon conviction.

According to the facts, the man was arrested by police after a report was lodged about the incident on April 7 at 2.40pm.

Bintulu police chief Supt Zulkipli Suhaili in a statement earlier said police received a report about a cat found injured and in a bloodied state.

He said a member of the public had found the feline and contacted an acquaintance to help bring the male cat to a clinic for treatment.

“The cat went missing on April 5 after it escaped while its owner was cleaning its cage.

“The owner came to know that her cat had been found injured after her friend posted about it on social media,” said Zulkipli.

He added following a tip-off, police arrested the man at around 7pm and seized a knife believed to be related to the case. 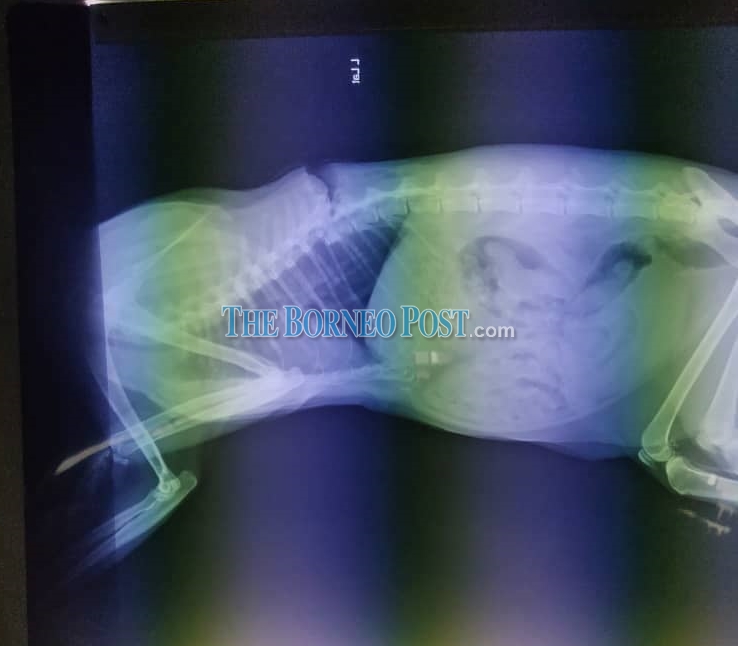 An X-ray that shows the extent of the injuries inflicted to the cat.

It was understood that the man could not stand the noises from the cat at his apartment before he acted cruelly against the helpless feline.

A source said the cat named Luppy was seriously injured in the incident and was now paralysed with a slim chance of recovery while the cost of treatment is very expensive.

Members of the public had raised some funds to pay for Luppy’s medical expenses, he said.

Luppy will be placed under veterinary care for two weeks for treatment before the owner can bring Luppy home.