Saturday, January 23
You are at:Home»News»Sarawak govt receives 2 mln face masks from China, will be distributed to all households 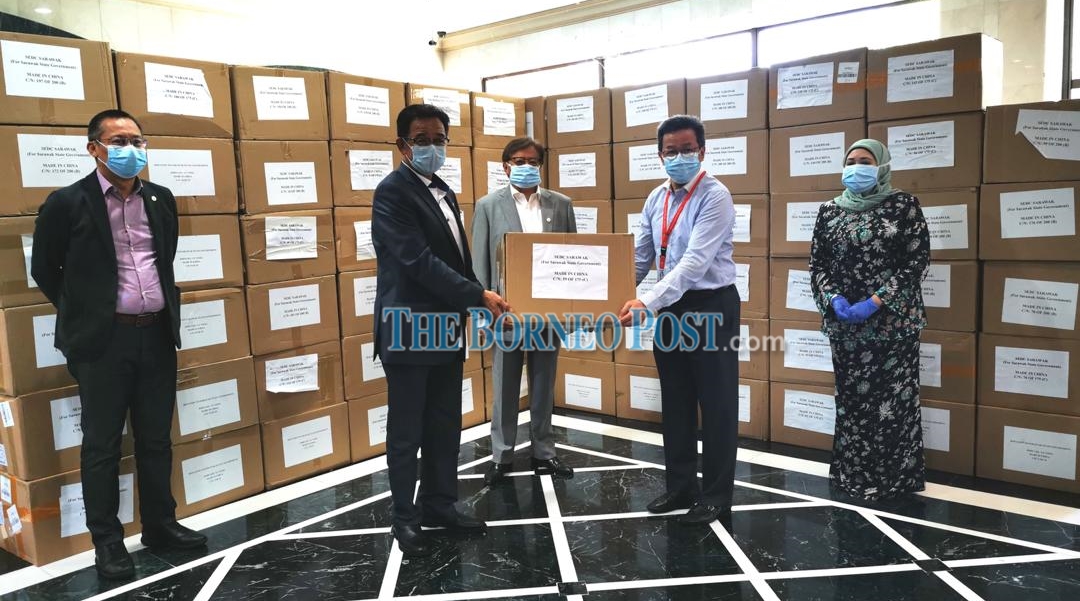 KUCHING: The Sarawak government received its booking of two million face masks from China today which will be distributed to heads of household in all divisions and districts of the state, said Chief Minister Datuk Patinggi Abang Johari Tun Openg.

He said the face masks will be handed over to the State Disaster Management Committee (JPBN) for distribution.

“These face masks will be distributed free of charge to 520,647 head of households in all divisions and districts with priority given to those under the Red Zone,” he told a press conference after chairing the state security council meeting at Wisma Bapa Malaysia here today.

SEDC served as the state procurement agency for the masks.

Meanwhile, Abang Johari said Sarawak’s borders will continue to be closely monitored to prevent the entry of foreigners from neighbouring countries to the state during the Movement Control Order (MCO) period.

He said this includes the interiors such as Long Singut, which is located at the border between Sarawak and Kalimantan, Indonesia.

“We have been observing what is happening in our neighbouring countries and that is why we formed the security sub-committee to enhance our border control and monitor human traffic at our borders.

“We will enhance our border control especially in the interiors including Long Singut,” he said.

He said apart from the Customs, Immigration and Quarantine (CIQ) complexes at various entry points in the state, the state is also monitoring the illegal border crossing routes.

“What we are afraid of is the ‘jalan tikus’ so we will tighten our security in areas that have potential of illegal entries of foreigners from our neighbouring countries.

“During this Coronavirus Disease (Covid-19) situation, we have to take care of ourselves first,” he stressed, adding that he has approved an allocation to increase asset equipments to control the state’s borders.