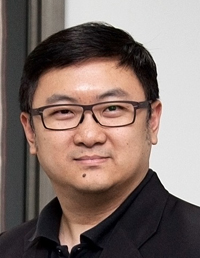 A screenshot of the SHN app.

KUCHING: Swinburne University of Technology Sarawak Campus has designed a Stay Home Notice (SHN) mobile application which is expected to increase the effectiveness of the Movement Control Order (MCO) currently imposed by the government.

The initiative is led by Swinburne’s Centre for Digital Futures director Prof Patrick Then as well as researchers from the centre and school.

According to Then, the app aims to assist the government’s efforts in minimising the spread of Covid-19 throughout the MCO period.

Consequently, the monitoring system also helps to reduce the workload of the relevant monitoring authorities to enable them to focus on other pressing issues.

“Individuals who are required to be quarantined can use the app to report their current location and photo to the authorities. The app can be downloaded for free by any individuals, healthcare service officers, as well as public and private organisations and institutions for monitoring purposes,” he said in a statement yesterday.

Then, who is also head of the university’s School of Information and Communication Technologies, said currently, more than 20 subjects who have been issued with SHN are using the app.

It is also being used by the Sarawak General Hospital (SGH) while other organisations such as KPJ Kuching and Penang Health Department are trialling it.

Developed within one week, the SHN app is based on SHN issuance principle whereby only users issued with the notice by the authority or their employers will be reporting their status.

Assuming entity A (authority or employer) has a total of 10 staff with a code assigned to them from A1 to A10, the entity will then be provided with a domain name such as aaa.shn.org. Thereafter, entity A will issue a SHN to its A1 to A10 staff.  A customised Android installation file (.apk) will be designed for entity A where A will instruct its staff to download the .apk file onto their phones and sign in.

From this point onward, the app will automatically run with notification reminders to group A1 to A10 to enable them to provide their updates.

The notification reminders can be set up by entity A according to a specific time or random interval.

“There are two conditions for the app to work. First, the users have granted permission for the app to capture their location and selfie, and second, the users are issued with SHN by the authority or employer,” explained Then.

There are plans to further enhance the app with a special ringtone to warn the individuals that they have moved outside of their designated boundary, while another enhanced feature is to link the app with a wireless body temperature monitoring device.

Dr Grace Lee from SGH said the SHN app will increase the efficiency of monitoring adherence to the MCO.

“The app ensures healthcare workers comply with organisation policies and that they engage in safe behaviour and practice. It’s definitely a great tool to use during this outbreak and hopefully helps to flatten the curve,” she said.